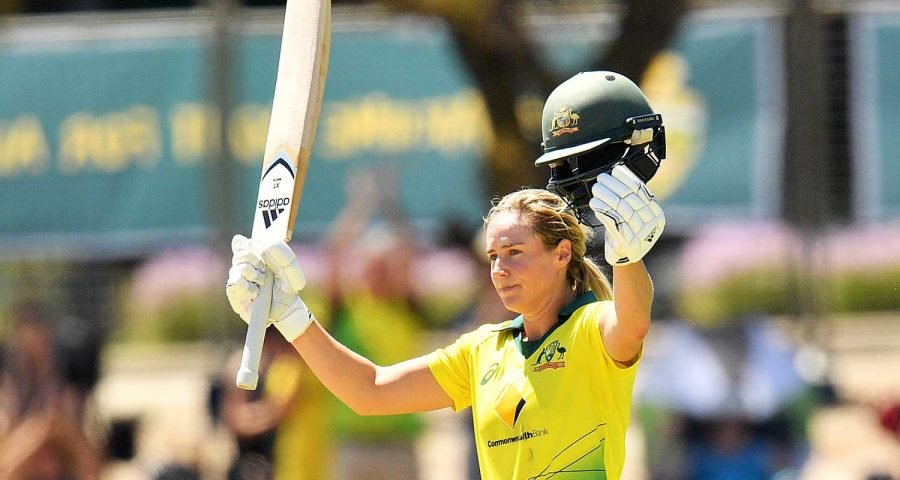 Competing in sport at an elite level is like doing a masters degree in life. Here’s what cricketer Ellyse Perry knows.

Summers are always pretty hot in Australia and staying hydrated to perform at your best at training and in games can be a challenge. How do you stay hydrated? For me, Mizone helps me stay in the zone. @mizonesport

At just 28, Ellyse Perry is already a sporting legend. The youngest Aussie to join national cricket and soccer teams, Perry went on to become the first athlete to represent us at World Cups in both sports. Now focusing on cricket, the all-rounder is still making history. Her incredible double century at the Women’s Ashes Test in 2017 was the highest women’s Test score in Australia, and the third-highest of all time (and scored her our 2018 Women in Sport Moment of the Year award). The key to her success? A growth mindset.

Feel seriously fortunate to be a part of @sixersbbl and the WBBL.

“I love the challenge of trying to get better,” Perry says. “There’s always an opportunity to improve and be better than the last game, and that’s where I get the most satisfaction.” Focusing on the journey rather than the destination also gives her perspective after losses but, she adds, it has to come from within.

“In sport, you have to be proactive if you want to get better,” she explains. “Sure, you get lots of help, but at the end of the day it’s on you to get up and do things, and I don’t think that’s any different in everyday life, whether that’s being proactive to make sure that you’re doing the right thing by your family and friends, or whether it’s doing things that make a difference in other aspects of your life.”

With a busy summer of WBBL ahead, the CommBank ODI Series against NZ in February and March and a move to Melbourne in the works, Perry will be calling on that attitude to guide her through 2019. “As a goal, I really want to make the most of it and enjoy the change,” she says. We have a feeling she’ll smash it.

Discover what the Women’s Health initiative WinS is and how you can get involved here.