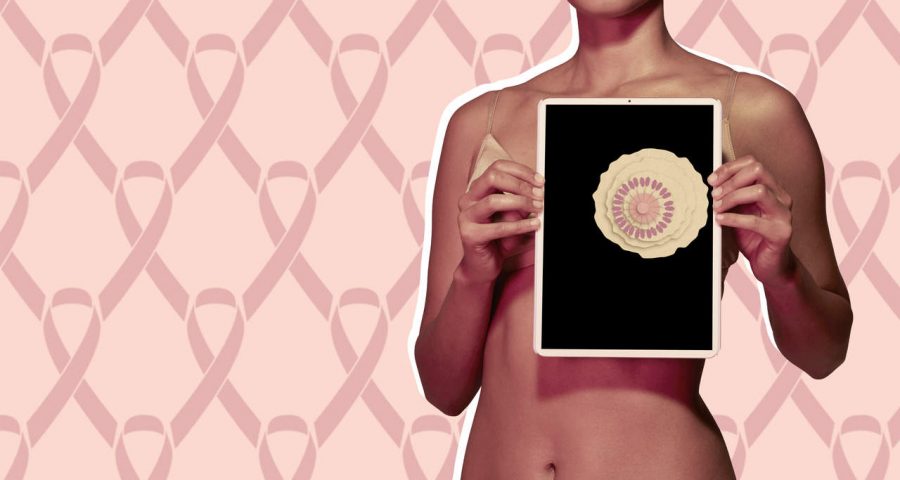 Thanks to deeper research, experts have more knowledge about this form of breast cancer. That's helped doctors develop better ways to treat it, which has led to better outcomes for patients. Here's the latest information on the symptoms, risk factors, and treatment of triple negative breast cancer (TNBC).

What is triple negative breast cancer?

There are different types of breast cancer, and triple negative is one of them. “Fifteen percent of breast cancers are triple negative,” Jane Mendez, MD, surgical oncologist and chief of breast surgery at Miami Cancer Institute, tells Health. The name refers to the tumor itself. “When we analyze [tumor] tissue, we can check for three receptors at the membrane of cancer cells to see which type of breast cancer the patient has,” she says.

These three receptors doctors check are for the hormones estrogen and progesterone, plus a protein called human epidermal growth factor—which is more commonly known as HER2, according to the Centers for Disease Control and Prevention (CDC).

Identifying these receptors is key, because it tells doctors which targeted therapies will be most effective in eradicating the cancer cells. However, the cancerous tumor or tumors in women who have been diagnosed with TNBC don't have any of these receptors. (Hence, the "triple negative" name.) That means there are far fewer options for targeted treatment.

“When triple negative was first identified as a specific subtype, it was thought to be one disease lacking these three receptors. But with time and research, there has been an appreciation that within each [breast cancer] subtype there are more sub-subtypes,” Dorraya El-Ashry, PhD, chief scientific officer of the Breast Cancer Research Foundation (BCRF), tells Health. The future of TNBC is learning more about the biology of each subtype and using that info to better tailor treatment—and save more lives.

TNBC occurs in approximately 10%-20% of breast cancer diagnoses, according to the National Breast Cancer Foundation. It is twice as common in black women as it is in white women in the US, according to the American Cancer Society. In the past, it was assumed that this discrepancy was due in part to socioeconomic factors. But researchers now believe that genetics play a role, says Dr. Mendez.

Triple negative breast cancer is also more common in premenopausal women. In addition, about 75% of TNBC cases are in people who have the BRCA1 mutation (a genetic mutation that increases one’s risk of developing breast and ovarian cancers).

“[Targeted treatment for TNBC] is considered the holy grail in breast cancer because we don’t have the magic bullet as we do with other breast cancers,” says Dr. Mendez. That makes TNBC a lot more difficult to treat. Besides the fact that researchers haven’t identified the right therapies, this kind of tumor couldbe more biologically aggressive, she adds.

That said, catching it early is the goal. “TRBC has a higher likelihood of metastasis [spreading to distant sites in the body], and therefore has a poorer outcome,” says El Ashry.

Current treatment options for TNBC include surgery (lumpectomy or mastectomy), chemotherapy, and radiation, says Dr. Mendez. Unfortunately, the downside of using chemo to treat TNBC is that the cancer becomes resistant to chemo quicker than it does with other types of breast cancer, adds El Ashry.

There is hope though: New drugs are becoming available, and immunotherapy to treat TRBC is in clinical trials. The right treatment for each woman depends on the size of the tumor, the stage of the cancer (for example, if lymph nodes are involved), and personal health history—plus the results of genetic testing.

If you are under age 65, doctors will refer you for genetic counseling to identify the presence of a BRCA mutation, says Dr. Mendez. Treatment depends on the outcome of testing:

If you do have a BRCA 1 or 2 mutation: Doctors may recommend a bilateral mastectomy followed by reconstruction. Because of the presence of this mutation, “we know that it’s a matter of time that you’ll likely develop breast cancer in the other breast,” says Dr. Mendez.

One bright spot if you have the BRCA mutation: You may be a candidate for a PARP inhibitor, a type of targeted therapy. One is a drug called talazoparib, approved by the FDA in 2018 for patients with locally advanced or metastatic breast cancer who are HER2-negative and have a BRCA1 or 2 mutation. “Originally it was identified as a therapy for ovarian cancer, but has been shown effective in this type of cancer,” says El-Ashry.

If you don’t carry a BRCA mutation: then surgery, systemic chemotherapy (chemo that travels in the bloodstream), neoadjuvant chemotherapy (chemo before surgery), and radiation are all options, says Dr. Mendez. “Not all patients receive all treatments,” she says.

The catch with triple negative breast cancer is that there are 70 subtypes. That may explain why some patients have a lot of success with standard treatment, while others are resistant to these efforts.

Still, women with TNBC should not lose hope. “While this is the [breast cancer] subtype we know the least about in terms of having targeted therapies, it’s not brand new, and there are large clinical trials in cancer centers and community hospitals that may be available to you,” says El Ashry.

If you are diagnosed with TNBC, don’t hesitate to get a second opinion, so you can make sure you're getting what you feel is the best treatment plan for you. “With research, we’re just starting to break the code of triple negative breast cancer,” she says.