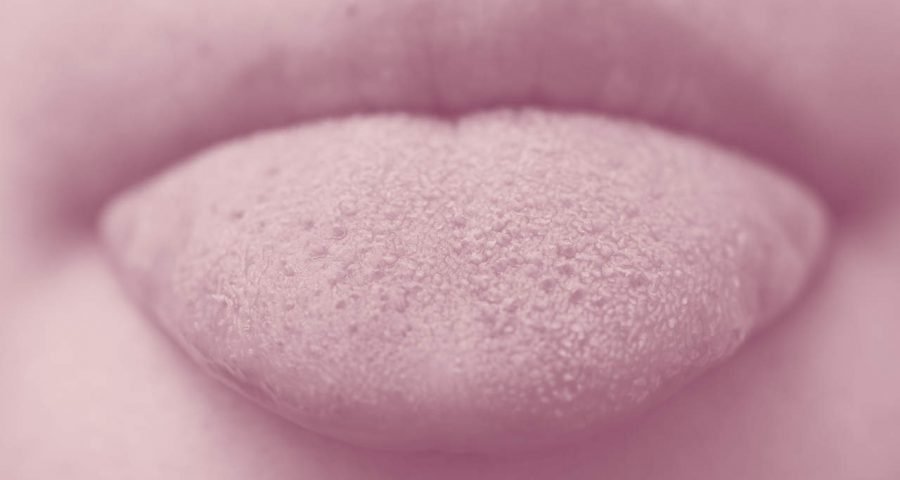 Everybody knows that somebody—or maybe you are that somebody—who freaks out about every new bump or blemish, convinced that it’s some harbinger of deadly disease. Of course, it’s usually not, but it’s always better to be safe than sorry, right? That was certainly the case with the patient featured in the latest edition of the New England Journal of Medicine’s Images in Clinical Medicine series. What started as a bothersome lump on the man’s tongue turned out to be a rare form of cancer.

It all started when the 54-year-old Italian began having trouble chewing his food. It got worse over the next two months, and he also discovered a “painless, brown lesion” growing on his tongue, right in the middle of a white spot “that had been there for years,” according to the journal.

A bit troubled by this, the man visited the oral and maxillofacial clinic at the Università degli Studi del Piemonte Orientale Amedeo Avogadro. His doctors described the growth as “a well-circumscribed hard mass, measuring 8 mm by 7 mm and surrounded by a white patch on the right side of the tongue.”

The man had no history of smoking and did not drink alcohol, and he had no enlarged lymph nodes, which helped his doctors rule out some potential causes. But symptoms like trouble swallowing (or feeling like something is in your mouth or throat) can be signs of cancer, so the doctors performed a biopsy. The results showed that the man had spindle-cell sarcoma—“a rare connective-tissue tumor that can grow rapidly,” his doctors noted.

It’s comforting to know that this type of cancer isn’t diagnosed very often; a 2018 article in the journal Scientific Reports called it “extremely rare” and noted that “only a handful of cases have been reported around the world from [a] variety of body parts.” When it has been reported, it’s almost always been in white people over age 50.

Experts say that symptoms of many different illnesses can appear on the tongue and that any strange bump or sore that doesn’t go away after two weeks should be checked out.

It sounds like this patient is lucky he didn’t wait any longer to seek out medical attention. He underwent surgery, which unfortunately included the removal of half of his tongue—a procedure called a hemiglossectomy. He also received chemotherapy to kill any remaining cancer cells that might be left around the surgical area.

At a follow-up visit one year later, the man reported that he still had some mild difficulty swallowing—presumably a result of losing a good chunk of his tongue. But on the plus side, he showed no signs of his cancer recurring, which we assume made the whole ordeal worthwhile.