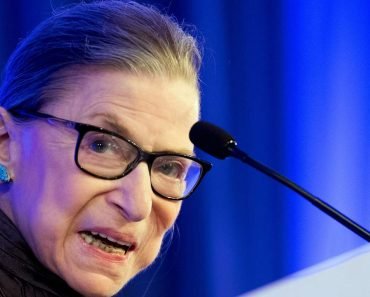 In case you missed it, Supreme Court Justice Ruth Bader Ginsburg underwent surgery to remove two cancerous growths on her left lung last month. Today, the 85-year-old is missing arguments for the first time in more than two decades as she continues to recover at home. With our beloved RBG MIA, we can’t help but wonder how soon the women’s rights trailblazer will bounce back.

Here’s what we know so far: According to the Associated Press, Ginsburg received a pulmonary lobectomy at New York City’s Memorial Sloan-Kettering Cancer Center on December 21. During that procedure, two separate clusters of cancerous cells (aka nodules) were removed from the lower lobe of RBG’s left lung.

“A lobe is one of the functional components of the lung, and a lobectomy means removing one of those lobes,” explains Daniel Raymond, MD, a thoracic surgeon in the Department of Thoracic and Cardiovascular Surgery in the Sydell and Arnold Miller Family Heart & Vascular Institute at Cleveland Clinic. The procedure essentially removes one-half to one-third of the lung. While there’s no regeneration of the lung tissue that’s removed, the upper portion of the lung helps to compensate.

“You do lose some capacity, but there are people who still run marathons after lobectomies,” says Raja Flores, MD, chair of thoracic surgery for Mount Sinai Health System and director of the thoracic surgical oncology program at the Tisch Cancer Institute at Mount Sinai. (Honestly, we wouldn’t even be that surprised if RBG managed to crush 26.2 miles post-op.)

Regarding RBG’s notable absence from the bench today, Dr. Flores says it is no cause for alarm: Recovering from a pulmonary lobectomy takes time. “I see patients take anywhere from a few weeks to three months off from work [after this procedure],” says Dr. Flores. “Ginsburg is only on day 17 post-operation, not to mention she is 85 years old and just recently had ribs broken by a fall on top of all that.”

Pulmonary lobectomy patients are typically trained to practice deep breathing and coughing exercises to help the lungs re-expand post-operation. Some may also need oxygen while they recover in the hospital. Dr. Raymond says atrial fibrillation, or irregular heartbeats, can also present post-operation, but “it’s usually caused by an underlying heart disease,” and we all know RBG is all about her cardio.

For most patients, the main hurdle post-pulmonary lobectomy is the pain due to incisions and manipulations between the ribs, says Dr. Flores. “When you’re in pain, it can feel difficult to take a big, deep breath in, and it’s also harder to speak,” he explains. “I’m sure Justice Ginsburg is able to speak, but is she able to project? That may be more difficult.”

Also difficult: The fact that this is RBG’s third cancer diagnosis. In 1999, the Justice was treated for colon cancer. Then, in 2009, she was diagnosed with pancreatic cancer. Now, two malignant growths on her left lung. What exactly does this mean?

“We would need the specifics of her current case to say how these growths will affect her long-term,” notes Dr. Flores. In other words, a pathology report would need to confirm whether the nodules found on her left lung are metastatic from one of her prior cancers or are a result of primary lung cancer that started in the lungs, not elsewhere in the body. Such details have not yet been reported.

Fortunately, the Supreme Court released a statement declaring that there was no evidence of remaining cancer in Ginsburg’s body and that no further treatment is needed at this time (phew). For now, we’re sticking with Dr. Flores’s take on RBG’s break from the bench: “I don’t want the public to worry,” he tells Health. “This is a big surgery and she is 85 years old. I don’t expect her to be back at work in two weeks.”