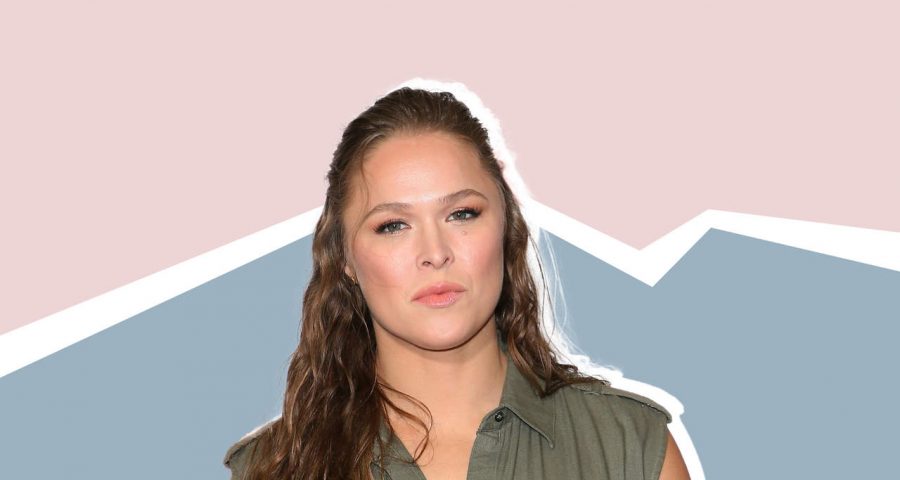 Hey, remember on Tuesday when professional wrestler Ronda Rousey shared an extremely graphic photo of her middle finger, which had nearly broken in two? Well, she's back—and this time, she's got some behind-the-scenes video footage of what happened in the hospital after her finger break.

In her new video, shared Thursday on YouTube (and promoted on her Instagram page), Rousey, 32, went into even more detail on what exactly happened during the filming of an episode of 9-1-1 that led to her gnarly broken middle finger. Talking directly to the camera, showing off her bruised and stitched-up finger, Rousey said that the incident actually happened during her first shot of the day. "All I had to do was pretty much open up this boat door and step out and add lines," she said.

To get the full story of how I almost lost my finger??? check the link in my bio

Apparently, Rousey had to push the boat door up—but it ended up slamming back down, directly on her finger. "I thought I just, like, jammed my nail," she said, explaining why she didn't immediately stop and look at the damage. Rousey actually finished the scene before seeing what had happened. "My bone was visible and everything," she said. "I remember looking down and being like, 'Oh, wow, that's my finger.'"

That's when she was rushed to the hospital via ambulance, Rousey said. "My tendon was barely hanging on, my bone was of course broken, and my tendon on top was roughed up a little bit," she explained, detailing her injuries. Rousey also apparently crushed a nerve on the side of her finger, and she fractured the top of her ring finger.

But here's something even more jaw-dropping: Rousey said she was awake when she underwent surgery to help repair her finger. "I really don't like pain medication, it makes me super sick and nauseous," she said. "I was actually awake during the surgery and was taking very minimal pain medication, mostly Tylenol."

Luckily, Rousey said she's healing quickly. "I have 50% of my range of motion back," she said. "I think I have, not a super power, but a 'pseudopower' for healing." The one downside? Rousey is pretty sure her cast mates on 9-1-1 think she's strange—but as a professional wrestler, she's been taught to hide her pain. "I’m used to being in front of a live audience and not showing pain unless I’m supposed to," she added.

Overall, Rousey said she's "just happy that I got to keep my finger." She also posed a challenge to anyone watching 9-1-1 this season: "to find which scenes I’m hiding the fact that my finger is hanging off," she said. "For those of you who say I can’t act, try to pick it out, and I’d like to see how well you can act like your fingers not falling off."

To get our top stories delivered to your inbox, sign up for the Healthy Living newsletter.