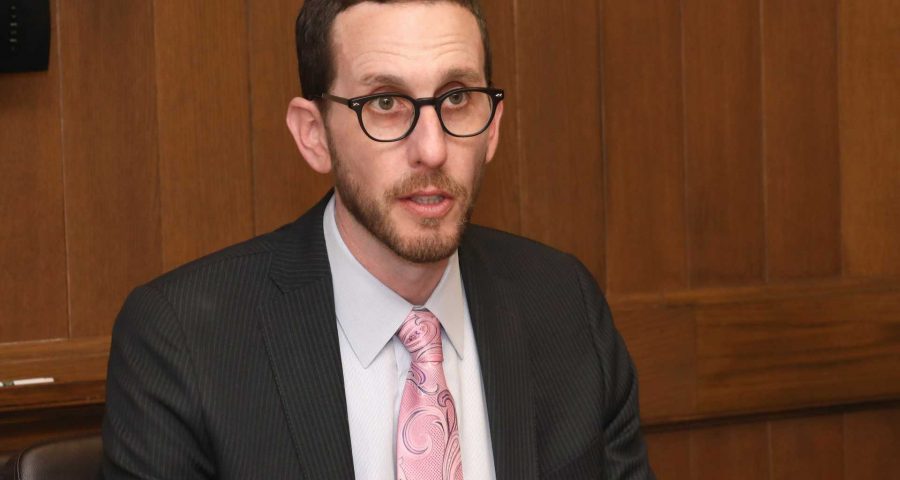 SACRAMENTO, Calif. — Scott Wiener made a startling revelation at a spring legislative committee hearing: “I was in the hospital. I experienced the most intense abdominal pain that I could even imagine.”

The Democratic state senator recalled crawling up the stairs to his landlord’s apartment last July to get a ride to the hospital.

The San Francisco lawmaker also disclosed to his colleagues on the Senate Health Committee that he has Crohn’s disease, a chronic autoimmune condition that causes inflammation in the digestive tract. His body, he said, wasn’t responding to his medication, which led to abscesses in his abdomen and a weeklong stay in the hospital.

Wiener is a youthful, lean 52-year-old who is known around the Capitol as an energetic workaholic. It’s a reputation he has had since his early days as a San Francisco supervisor.

He is known for his progressive proposals on housing affordability, safe injection sites, mental health, and sentencing reform. Wiener is also an intensely private lawmaker, who, by his own admission, isn’t the type to “personalize these things.”

He opened up after some Republican lawmakers and health insurance lobbyists questioned the cost of one of his bills during a committee hearing in April. SB 853 would require state-regulated insurance companies to cover a denied prescription while the patient appeals the decision if a patient has previously taken the drug — even if it’s at a higher dose than the FDA has approved or in a different form than was previously prescribed.

The clause about drug dosage and form is especially important for patients who have an autoimmune disease, such as Crohn’s, because they sometimes need a higher dose of a medication than the FDA recommends. Or the medicine might work better for them in injectable form than as a pill.

Patients who are denied medicine often go without it while they appeal, a process that health plans say generally takes 30 days. Some patients, however, say it can take months.

Under his bill, if he ever had to contest his health plan’s decisions about his medications, Weiner told his colleagues, “I could get the proper dosage during the appeal so that I wouldn’t have to miss more health committee meetings.”

But Jedd Hampton, legislative affairs director for the California Association of Health Plans, said the bill would give patients “unfettered access to prescription drugs,” which could lead to abuse and addiction. “We are strongly concerned that stripping health plans of the ability to provide clinical oversight and access to certain drugs may cause potentially adverse reactions and real harm to our enrollees,” he said.

The Senate approved Wiener’s bill 39-0 last month. It is awaiting a hearing in the Assembly.

Wiener sat down with KHN senior correspondent Samantha Young to talk about what it’s like to live with Crohn’s disease, his hospital stay, and how that experience informs his work. The interview has been edited for length and clarity.

Q: How does Crohn’s disease affect your life?

I have had it for 33 years, and I’ve been lucky that, other than last year, I just deal with periodic pain. But last spring, I started getting more symptomatic, and I was hospitalized for one night at the end of June with pain. Then a month later, on a Tuesday night, getting into bed, all of a sudden, the only way to describe it, it was like an electrical storm in my abdomen. The most severe pain I have ever felt.

The hospital did a scan and found multiple abscesses in my abdomen. I was in the intensive care unit for three nights and in the hospital for a week. They had to drain abscesses, and I was on heavy antibiotics. I had a reoccurrence in September, and I had to go back to the hospital for four days. But now it got all cleared out, and I’ve been doing great since then. I feel lucky.

It’s never really affected my ability to be a workaholic, my ability to just live my life, travel, vacation. I feel very privileged. There are other people with other autoimmune diseases and Crohn’s who are much more impacted. 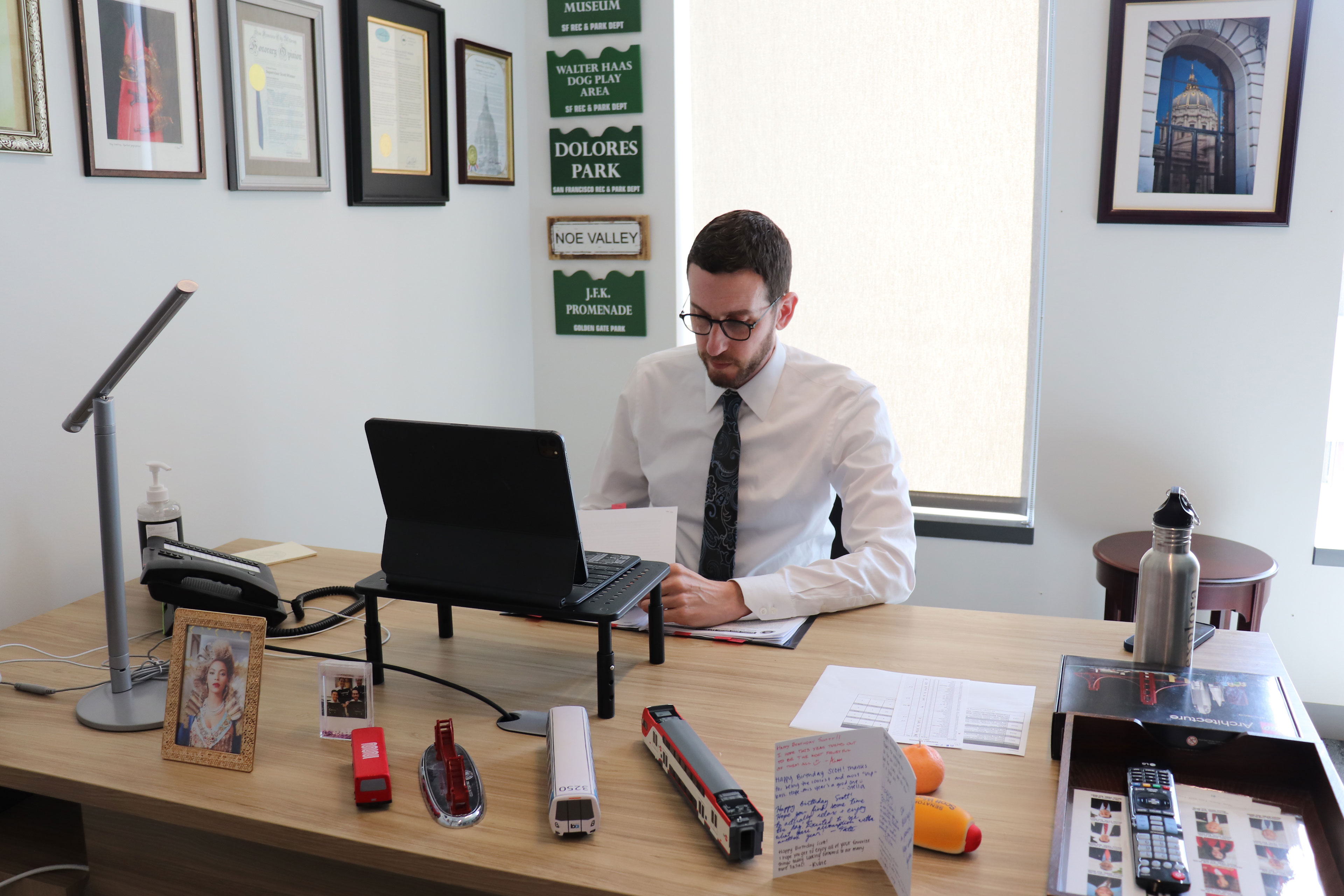 Q: How do you monitor your Crohn’s?

After I left the hospital, I began consulting with an infectious disease specialist. I know what to look for, so hopefully this will never happen again. I know I need to go to the hospital if I have an unexplained fever with some pain and I’m testing negative for covid-19. For a lot of people, if you have an unexplained fever for a few days and you just don’t feel well, you let it go. For me, I need to go to the hospital and have a scan done just to make sure I don’t have an infection.

Q: There are so many chronic health conditions that require specialty care and drugs, which can be very expensive. Have you ever had trouble getting coverage for them?

I was always on common generic medicines, but then the two times I had to go on specialty drugs, I’ve had two opposite experiences. The first time, my insurance company said I had to first try and fail the steroid prednisone. Well, anyone who knows anything about prednisone knows that it is a last resort. Prednisone has so many side effects, and long term, it can cause a lot of problems. It was just shocking to me and my doctor that the insurance company said you have to try and fail.

Then, when my doctor went to switch me to what I’m on now, it was approved within 24 hours. It was as easy as could be. So I’ve experienced amazing health plan response and also really challenging response.

Q: What does that tell you as a lawmaker about the way our health care system works?

Sometimes the system works really well, and sometimes it doesn’t. And if you are not the kind of person who can advocate for yourself or you don’t have your primary care physician able to advocate for you, you can really have a bad outcome.

Q: What have you and other lawmakers done to address that?

We do a lot of work around health plan accountability. I’m carrying another bill, SB 858, that would increase fines for health plan violations. During my entire experience last year, with various hospitalizations, my health plan was terrific. Everything was very prompt, and we always had a nurse follow up with me after I left the hospital. But people do fall through the cracks — sometimes mistakes are made in terms of denying coverage.

I’ve supported and co-authored numerous pieces of legislation to lower prescription drug costs. I’m very fortunate that I have excellent health insurance, but a lot of people don’t. I haven’t had copay problems, but there are people who had to pay huge amounts of money just to get medicine because coverage doesn’t kick in until they pay $5,000. It makes me very sensitive to those cost issues. And I was a proud champion and co-author of AB 1400, Assembly member Ash Kalra’s single-payer legislation.

Q: Does your personal life influence the bills you sponsor?

Q: Your bill came under tough questioning from some Republican lawmakers, but that shifted after you shared your story. Do you think personal stories like yours carry weight with your colleagues and the public?

Yeah. I was really grateful that it got bipartisan support. And I think for some of these issues, there’s really no reason for it to be partisan.

As elected officials, sometimes we’re viewed as caricatures of human beings. We’re human beings who have the same challenges that other people do — challenges parenting or having a sick family member. We’ve had members who have had to deal with difficult family situations or health situations. I think it’s good for the public to know that.