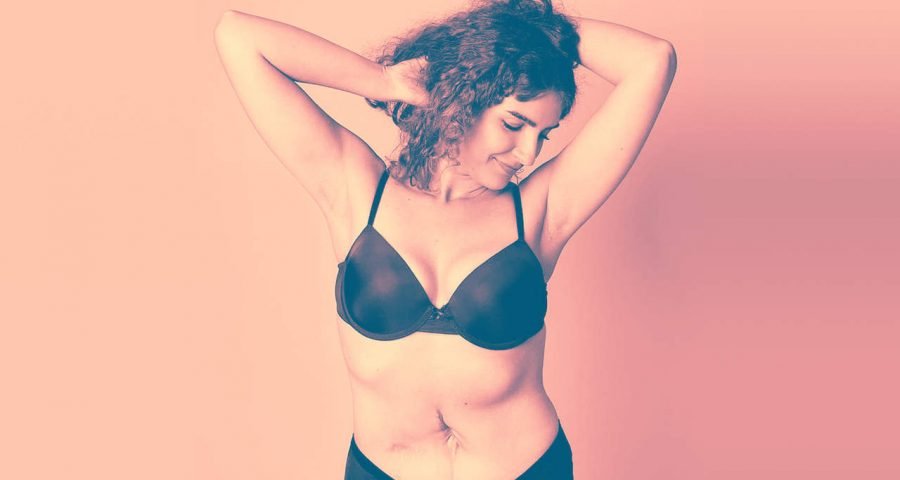 Facebook’s terms of service explain that the social media giant will censor things such as “imagery of violence,” “videos that show acts of torture,” and “images of explicit sexual intercourse.”

So last week, when Facebook disabled the page Behind The Scars, where photographer Sophie Mayanne shared artistic photos of people’s scars and the powerful stories behind them, the company inadvertently sent a message: that the marks life inevitably leaves on the human body, those that society tries to tell us are “imperfections,” fall into the same category as the off-limit items mentioned above. They deserve to be censored.

“Facebook is basically saying that these bodies shouldn’t be seen,” Mayanne tells Health. “For many of the people who’ve been photographed, being in those images was the first time they fully felt comfortable showing their scars. So to then have that removed, it’s taking away that moment where they felt proud, they felt empowered.”

I deleted the Instagram app off my phone last night (and will do so again after posting this – just to give my brain a break) BUT I'm pissed off, so here goes. Facebook has removed the "Behind The Scars" page from its site, along with my personal account too. Citing that we have both violated its terms and conditions and are "ineligible" to use the platforn. How? Beats me. The content has never been removed before (it has on Instagram, frequently), and absolutely no warning. It's just really disheartening to have work, stuff you've built completely wiped… plus all your personal stuff too. @facebook – you bloody suck, seriously. Also I'm annoyed at myself for being so pissed off because it is just social media at the end of the day. BUT THESE BODIES DO NOT VIOLATE ANY OF YOUR TERMS AND CONDITIONS. (P.s let's see how long @behindthescars_ lasts as I'm pretty sure the t+C's are the same.. and all the content shared to FB is synced from @instagram) And I'm sure this will get buried in Instagram's joyous algorithm but hey ?

Last Wednesday, when Mayanne woke up to notifications that both her personal account and the Behind The Scars account had been disabled, she thought it was a mistake. “It was completely out of the blue,” she says. “There was no warning, and I’ve never had any issues on Facebook before.” But suddenly, her accounts were considered “ineligible to use the platform,” according to the notification she received.

Mayanne feels that all of her posts follow Facebook’s guidelines. She only posts nudity in cases of things like mastectomy scars, and the guidelines specifically say Facebook will “make allowances” for “photos of post-mastectomy scarring.” They also claim to make allowances for content being posted to “raise awareness about a cause, or for educational or medical reasons.” There’s no question that Behind The Scars is worthy of that allowance.

Mayanne photographed her first 10 subjects for Behind The Scars in 2017. At the time, she had no idea that in just two short years, she would have photographed more than 450 people for the project. She also had no idea that she would collaborate with brands like Girlgaze, Dove, and Mothercare UK or be asked to give a TEDx talk at a university in Amsterdam.

The project has grown incredibly fast, and ironically, Mayanne says much of that growth has been made possible by social media platforms like Facebook. She used her account to do things like post about open casting calls and message with people who were interested in learning more about the project, but mostly, she used it to help anyone who came across her art see that they weren’t alone.

Those who have been featured in the project have had scars from being severely burnt, engaging in self harm, and undergoing surgeries such as mastectomies, amputations, emergency cesarean sections, and more. “Many of the people I photograph say they want to participate because they never saw a photograph of someone who looked like them growing up,” Mayanne says.

Behind The Scars has undoubtedly propelled the conversation around body acceptance forward, but, as Facebook has made oh-so clear, there’s still a lot of work to be done. That’s not news to Mayanne, though. She makes that clear when she asks, “You know that feeling that you’ve only just scratched the surface?”

To get more real-talk on health and wellness, sign up for our weekly WomenIRL newsletter