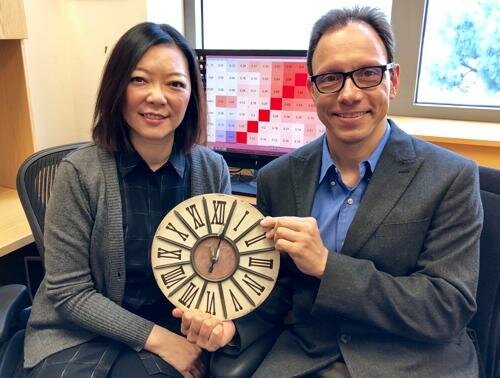 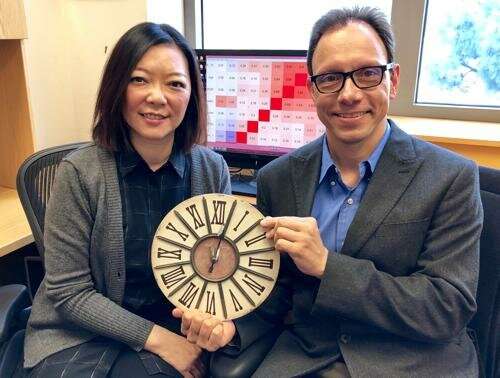 The Grim Reaper arrives for each of us eventually—wouldn’t it be nice to know when? Now, UCLA researchers have developed a new tool to help you plan ahead for your date with the Angel of Death.

Named after the grim reaper, the biomarker known as DNA methylation GrimAge, predicts lifespan and healthspan, and allows clinicians to test potential interventions that may slow or perhaps even reverse biological aging. The study is published in Aging.

Steve Horvath from the Department of Human Genetics at the University of California-Los Angeles, says, “When it comes to predicting lifespan, GrimAge is 18 percent more accurate than calendar age, and 14 percent better than previously described epigenetic biomarkers. With regard to predicting time to coronary heart disease, GrimAge is 61 percent more accurate than chronological age and 46 percent better than previously reported epigenetic biomarkers. In spite of this significant enhancement, however, it must be noted that neither age nor DNAmGrimAge is particularly good at predicting time to heart disease.”

The DNAmGrimAge biomarker measures an individual’s risk of mortality by analyzing positions on the DNA where methyl groups change with age. These positions are analysed by applying DNA from blood onto a chip that measures the degree of their methylation, which is valued between 0 and 1, first author Ake Lu explains. “Over a thousand such specific positions are monitored by DNAGrimAge, which combines these values into an age estimate called GrimAge. If you fall within the top 5 percent of the fastest ‘agers,’ your risk of death is sadly more than twice that of the average person. If, however, you are within the bottom 5 percent of slowest agers, then your risk is only half that of the average person.”