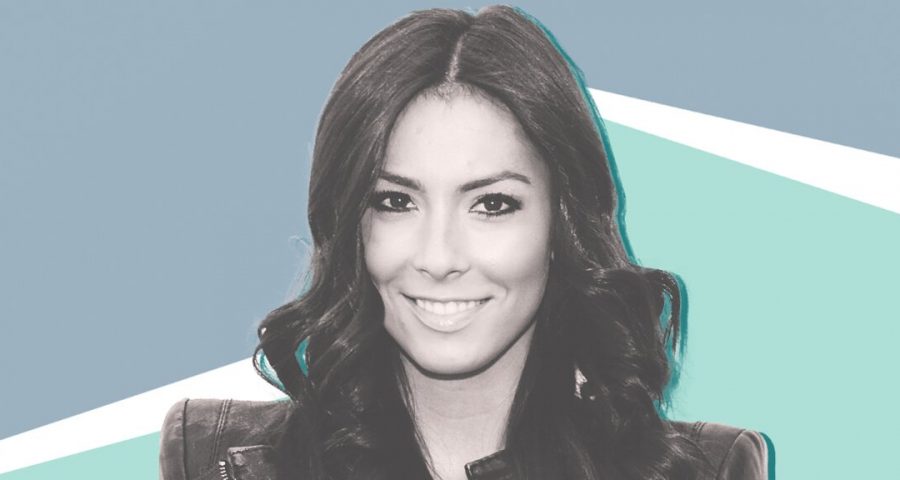 The family of a model who was left brain-damaged after eating a peanut butter pretzel was awarded $29.5 million by a Las Vegas court last week. A jury ruled that the health care service that responded to help Chantel Giacalone was negligent in treating her in 2013.

Giacalone, who has a severe peanut allergy, was 27 when the accident happened. She was modeling clothes at a fashion trade show at the Mandalay Bay South Convention Center, and a friend bought her a frozen yogurt with a bite-sized peanut butter-infused pretzel on top, according to the Las Vegas Review-Journal.

Giacalone went into anaphylactic shock after taking a bite and sought care with MedicWest Ambulance, which was on site. Giacalone's lawyer Christian Morris argued in court that the model lost oxygen to her brain for several minutes after being treated by the company. According to Morris, neither medic had IV epinephrine, an adrenaline treatment for severe allergic reactions, that they were legally required to have on-site. Instead, they had intramuscular epinephrine, which was used on Giacalone. However, the IV form of the medication is required when a patient goes into anaphylaxis.

"Every minute of Chantel's life has been inextricably altered," Morris argued. "Every single minute since she walked into that medic room to a company that chose profits over patient care."

Giacalone is now a quadriplegic and lives in her parents' dining room. She has to be fed through a tube, and can only communicate with her eyes. Giacalone's story is tragic and scary, and can leave you wondering how can someone develop brain damage from a peanut allergy. Here's what you need to know.

How are peanut allergies usually treated?

Peanut allergies are the most common allergies in children, according to the American College of Allergy, Asthma, and Immunology (ACAAI). Nearly 2.5 percent of children have an allergy to peanuts, and the allergy can persist into adulthood.

Exposure to peanuts in someone with an allergy can cause a range of symptoms, including vomiting, wheezing, shortness of breath, and hives, the ACAAI says. It can also cause anaphylaxis, a severe and life-threatening allergic reaction. That's typically treated with an injection of epinephrine (the drug form of the hormone adrenaline) into the muscle, Catherine Monteleone, M.D., an allergist-immunologist and professor at Rutgers Robert Wood Johnson Medical School, tells Health. "That's usually safe and life-saving for most people with severe allergies," she says.

But sometimes—like with Giacalone—intramuscular (IM) epinephrine isn't enough. That's when intravenous (IV) epinephrine is needed. "For some people who are having a severe reaction, [IM epinephrine] doesn't work well," says Dr. Monteleone. "With an IV, you get more in and get it faster. Epinephrine is not absorbed as smoothly into the muscle as it would from an IV."

This is what doctors will often do in the emergency room if someone experiences anaphylaxis, Dr. Monteleone says. "If it seems like an intramuscular injection of epinephrine isn't working, they will go to an IV," she says.

How can someone develop brain damage from an allergic reaction?

If someone has a severe allergic reaction and they're not treated properly in time "you don't get the oxygen you need to the brain—and that can lead to brain damage," says Dr. Monteleone.

According to Dr. Monteleone, severe cases of anaphylaxis that can't be treated with IM epinephrine aren't terribly common, but they do happen—which is why it's important that emergency medical services have both types on hand in those types of situations.

Giacalone's father Jack Giacalone said he was "happy" that the verdict meant his daughter "will be taken care of." But, he added, "all the anguish that we've been through for the last eight years, I'm not happy about. I just hope MedicWest changes their ways."

Giacalone's family says they will use the money awarded to them to invest in her future care and a new home that fits her needs better—specifically, a special shower and her own room. According to the Las Vegas Review-Journal, the family will also make a to a foundation for people suffering from similar brain injuries.