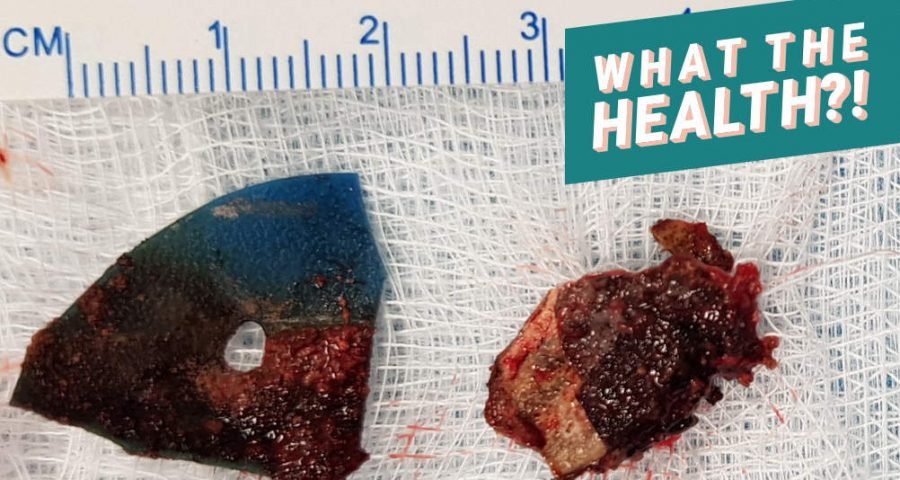 If your kid still won’t listen when you tell them sticking things up their nose is bad, this tale might help you convince them you have their best interest at heart.

A 15-year-old girl who had likely inserted a piece of plastic in her nose as a small child recently had to undergo treatment for a condition called rhinolith caused by that insertion, according to a case report in the BMJ.

The patient had previously suffered from a runny nose. The discharge was “occasionally foul-smelling and blood-stained,” the report notes. Rhinolith is rare, and it can occur when a child sticks an object in their nose. The condition is “caused by gradual deposition and coating of different salts of calcium and magnesium from body fluids over an object inside the nasal cavity,” the report says.

However, the cause of rhinolith isn’t always a piece of a toy or something a child found on the floor. It can also be endogenous, meaning it came from inside the body. For example, it could be an extra thick bit of mucus that salts from calcium can build upon.

Misdiagnosis isn’t out of the realm of possibility if your child has this condition, the report warns. “Although diagnosis of rhinolith is straightforward, sometimes they have to be differentiated from inflammatory conditions like sinusitis,” it says, as well as from conditions that cause tumors and other growths. “However, clinical and radiological examinations can easily rule them out,” according to the report.

Following diagnosis, the item must be removed. Depending on the size of the item that was originally lodged in the nose, a patient with rhinolith might need anesthesia because the removal “may require considerable manipulation with expected bleeding.” General anesthesia might be especially necessary if the patient is a young child, the report says.

In the case of the 15-year-old girl recently treated for rhinolith, treatment was relatively simple, and there were no complications afterward. Following the surgery, the patient received oral antibiotics, which she was told to take for five days. Additionally, she had to use saline nasal sprays multiple times throughout the day.

After the removal procedure, doctors found what was likely the source of the condition. “Two of the fragments of the removed rhinolith when scraped revealed a rubbery plastic sheet,” the report says. The case report author writes that the fragments were probably from something the patient had put into her nose years ago as a kid, but she didn’t recognize the pieces of plastic. “She did not have cognitive impairment and did not remember ever inserting anything in her nose,” according to the report.

Before you get paranoid about the Legos your kids play with, remember that rhinolith is rare and it can be treated.