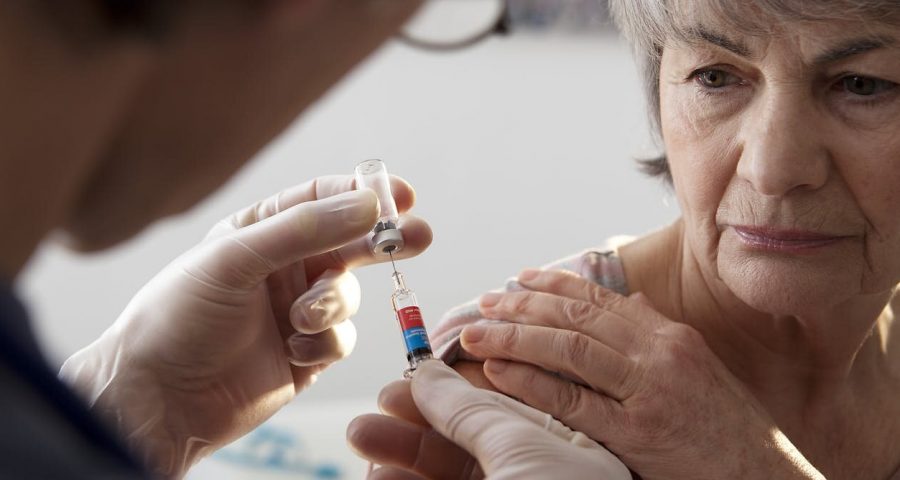 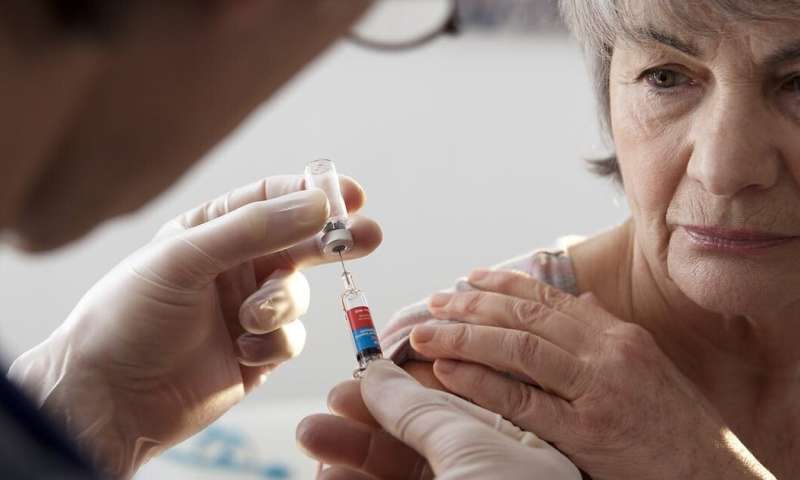 Flu vaccines work by exposing the body to a component of the virus so it can “practise” fighting it off, without risking infection. The immune system can then mount a more rapid and effective response when faced with a “real” virus.

Three types of influenza vaccines are available in Australia:

The high-dose and adjuvanted vaccines are designed for use only in people aged 65 and over because they can stimulate a better immune response than the standard vaccine. Standard vaccines should be used those younger than 65 years.

This year, the Australian government is offering the adjuvanted vaccine for free for over-65s. The standard vaccine is available for free for some groups under 65 under national and state programs. The high-dose vaccine will only be available to buy through pharmacies and general practices on prescription.

Is the high-dose vaccine better?

Clinical trials have compared the high-dose vaccine with older forms of the standard vaccine that contained three strains.

One US study in over-65s found 1.4% of recipients who were given the high-dose vaccine were diagnosed with influenza, compared with 1.9% of those who received the standard vaccine.

Subsequent studies also found people who got the high-dose vaccine were less likely to be hospitalised with influenza-related complications. A similar trial in nursing home residents also found a reduced risk of hospitalisation.

Although clinical trials are generally regarded as the gold standard when testing vaccines, it’s also important to consider data from other studies, where different flu strains circulate and where the vaccine may be used in groups that were excluded from clinical trials.

These studies have generally found that the high-dose vaccine is better than the standard vaccine. However, some studies have shown a lesser degree of benefit.

What about the adjuvanted vaccine?

Clinical trials have not been designed to show the different rates of flu infection after taking the adjuvanted vaccine compared with the standard vaccine. But studies have examined the effectiveness of this vaccine in preventing hospitalisations with influenza.

One trial found a small decrease in influenza infection in people who had been given adjuvanted vaccine, compared with standard vaccine, but this difference was not statistically significant. 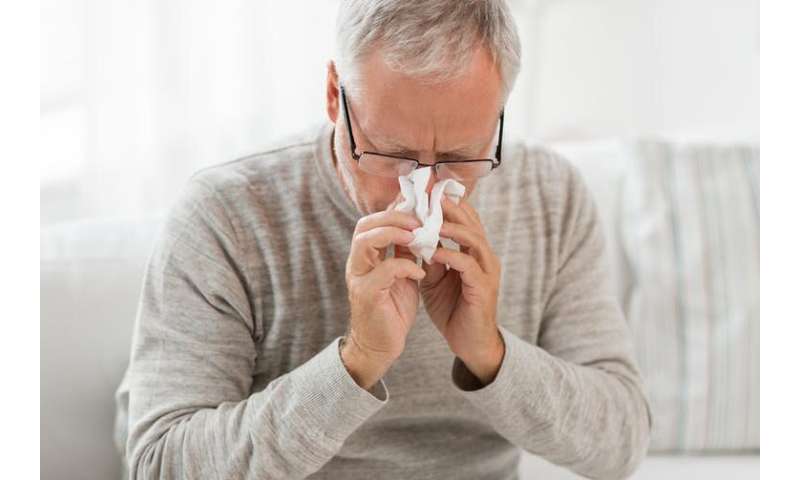 Another recent trial has been performed in nursing home residents. Preliminary results suggest a very small reduction in hospitalisations compared with those who took the standard vaccine.

Despite a lack of clinical trial data, several observational studies have found getting the adjuvanated vaccine means you’re less likely to be hospitalised with influenza than if you receive the standard vaccine.

As with the studies of the high-dose vaccine, the estimated degree of protection varies between studies, reflecting differences in circulating strains, study types, and populations.

There is not yet sufficient data to know whether one enhanced vaccine is better than the other.

One observational study suggests the high-dose vaccine is more effective than the adjuvanted vaccine at preventing hospital admissions with influenza. But this study was not designed to address this question specifically, and the differences observed were small.

Immunisation expert groups in Australia, the United States, Canada and the United Kingdom have not recommended either enhanced vaccine over the other.

Can you get two for better coverage?

But for most people, there is no evidence that receiving multiple doses of different vaccines in any one year is any better than getting a single dose of vaccine.

In theory, the four-strain vaccines protect against one more strain than the enhanced three-strain vaccines. But in most seasons, few infections are caused by the fourth strain.

There are some specific groups of people for whom two doses may be recommended, including young children receiving the vaccine for the first time, and some people with bone marrow or organ transplants. Seek advice from your doctor if this describes you or your children’s situation.

It’s important to note that none of the standard or enhanced flu vaccines are completely protective; they reduce, but don’t completely eliminate, the risk of getting influenza.