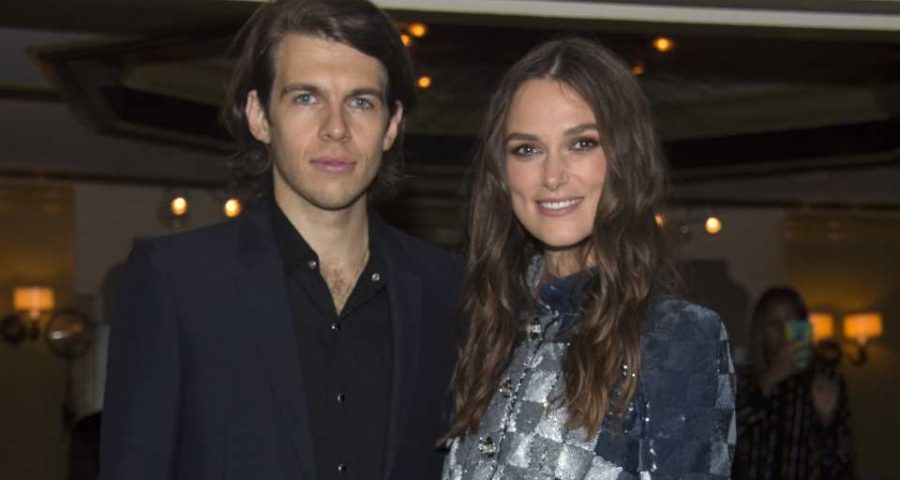 Keira Knightley might look glamorous (especially considering she gave birth to her second child six weeks ago and we all missed it?!) but she admits that it’s all smoke and mirrors. The actor spoke to BBC Breakfast‘s Louise Minchin on Friday morning about her new movie, Official Secrets, but the conversation turned to Knightley’s second child when she admitted that she’d lost her train of thought while answering a question (hi, Mom Brain, we know you well).

“I can’t remember what your question was,” Knightley, who also shares 4-year-old daughter Edie with husband James Righton, told Minchin. “You can tell I have a 6-week-old baby, haven’t you? I’m talking but I have no idea where I’m going.”

The most pressing issue on Knightley’s mind? Breast pumping. And we can sympathize. Knightley walked Minchin through her six-hour work day, in which she’d already pumped three times and needed to be back home before 6:30 for a feeding. She also confessed her fears that she might not make it home in time.

“Me and my husband, we talked about this and we’re like, well, that’s, that’s okay,” Knightley told Minchin. “So there is a bit of extra milk, which I do love not to use because it’s in the freezer and you know, that can be tricky, but it is that scenario.”

Knightley also discussed how much harder it is for women to go back to work after having children than it is for men:

“I think, equally, you look into a job as a woman and your employer is very much going, ‘Have you got childcare? Are you going to have to run out because the kid is ill?’” Knightley explained. “And they’re not doing that with men who are fathers. Because they’re basically going, your wife, girlfriend, the mother of your children will look after them.”

Her thoughts echo research from the fifth-annual Modern Family Index study that found working women face a negative effect on their careers as they grow their families. In fact, 69 percent of people who responded to their survey say working mothers are more likely to be passed up for a new job than other employees.

But although Knightley may share of the same concerns as other working moms, admittedly she isn’t quite just like us. For one thing, she told Minchin that this interview was only the third time her hair had been brushed since she gave birth — and it was her hairdresser who did the brushing. She also had the luxury of a makeup artist and stylist to transform her from a pajama-wearing, messy-haired mom into a Hollywood star. But she did offer advice to us “normal” moms who currently have a newborn at home:

“You should still be in your pajamas,” she said. “And don’t brush your hair, and let the house be a complete mess, and only see people who are going to bring you food.” Sounds like a plan!