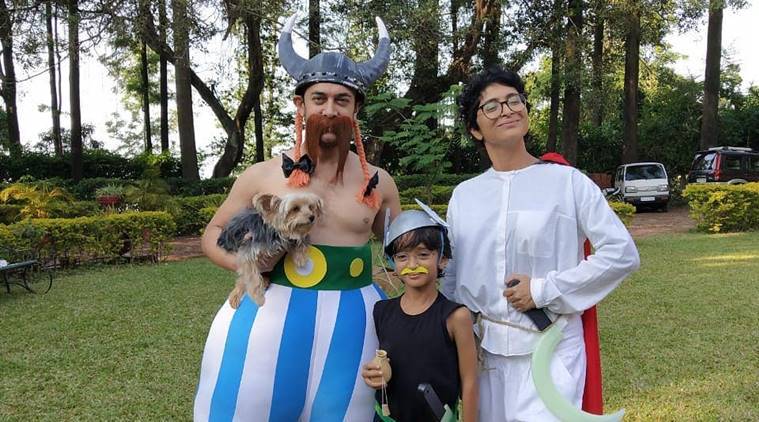 As the 38th album in the Adventures of Asterix — Asterix and the Chieftain’s Daughter — is set to release in 2019, it’s time to introduce your kids to the legendary comic book heroes, if you haven’t already.

Remember Aamir Khan’s much-appreciated photo with his son Azad and wife Kiran Rao dressed as Asterix characters? If you or your child is a fan of Asterix like the actor and his family, look out for the 38th adventure of Asterix and Obelix, created 60 years ago by Rene Goscinny and Albert Uderzo. This time, a mysterious teenage girl finds herself at the centre of the plot as she crosses paths with the iconic comic book heroes. Having just arrived in the village escorted by two Arverni chiefs, she is on the radar of Caesar and his legionaries. And why not? After all, her father is none other than the great chieftain Vercingetorix, who was defeated at Alesia.

Asterix is a classic and a lot of parents are still eager to introduce it to their kids. “It is an indelible part of my childhood. The art is outstanding, the details breathtaking and I love the wit, humour and the hilarious names…haven’t read them with my son yet. I am waiting for him to get into them,” said Preeti Vyas, parent, publisher and author, whose recent book The adventures of Woka Chimni takes inspiration from Asterix.

Parent and psychologist Dr Tanu Shree Singh added, “Asterix is more like a stolen family heirloom at home. It’s not been handed down from each generation since the seniors cling on to their copies. It was always nicked from the one before us and shamelessly stamped with our own name claiming ownership. The boys (her sons) and I never read them together. We stole from each other, read and then laughed together at the jokes.”

Asterix and the Chieftain’s Daughter, the new album, created by Jean-Yves Ferri and Didier Conrad will be published in UK on October 24, 2019, according to a press release from Hachette.

The authors remarked, “From what we know of the chieftain’s daughter, she’s a rebellious teenager. Hardly surprising – it can’t be easy having a name like Vercingetorix!” They added: “We did quite a lot of research into her for the album: her appearance, her name, her personality…as you may know, Vercingetorix didn’t give much away about his private life, and there are very few historical sources. But, as you’ll see, we’ve managed to track down quite a collection of scoops!”

The new album Asterix and the Chieftain’s Daughter, is slated to have a print run of over five million and will be published in more than 20 languages. Excluding new publications, album sales continue to grow in France with reportedly more than 600,000 copies sold a year.

So, what’s the right age to introduce your child to Asterix? “I think 10 years and above is a good age,” said Vyas.