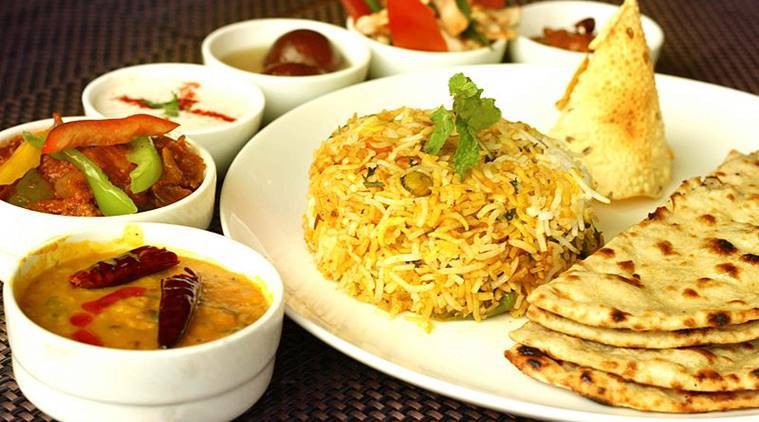 A clever way of answering this question would be to look at our closest relatives, the great apes, whose anatomy is quite similar to human beings. Orangutans, chimpanzees and gorillas have diets that mainly consist of fruits and roots, and they get more than 90 per cent of their calories from plant foods, mostly ripe fruits.

(This is part of the series Make History Fun Again, where the writers introduce historical facts, events and personalities in a fun way for parents to start a conversation with their kids.)

Whether our ancestors were vegetarian or non vegetarian is a really hotly debated topic. Let us try and solve this mystery by looking at evidence from many sources.

First, let us see what the structure of the human body indicates. We were clearly not grass eating animals, since our digestive systems lack the anatomical adaptations of plant eaters. Deer, cows, rabbits and other herbivores have developed specialised systems to digest and get nutrients from grass and other low calorie plants. We cannot even digest cellulose, which forms the bulk of these plants.

But then neither do we have the huge jaws, massive teeth and sharp claws of true predators like lions and tigers, which would enable us to hunt and kill animals. Can you imagine a human being catching a deer and trying to kill it and eat it without any tools! What would we do – overtake the deer, grab it and strangle it and somehow tear open its hide, all with our bare hands and puny teeth?

A clever way of answering this question would be to look at our closest relatives, the great apes, whose anatomy is quite similar to human beings. Orangutans, chimpanzees and gorillas have diets that mainly consist of fruits and roots, and they get more than 90 per cent of their calories from plant foods, mostly ripe fruits. Chimpanzees are however known to hunt and eat small mammals and insects as a small addition to their diet. We can assume that apes would eat more meat if they were able to capture animals more easily. Like us, apes too do not have special mechanisms to digest green leaves and plants.

So what allowed us to eat meat?

We know humans now eat a much larger variety of foods including meat, and follow many different kinds of diets. Why and when did this difference develop? Pre-humans evolved as the rich jungles of Africa were transforming into open grasslands, and forest fruits were slowly growing scarce. This perhaps forced our ancestors to look for other types of food, like the increasingly abundant grazing animals like deer that thrived in the now grass-rich African savannah.

Their increasingly large and complex brains helped early humans to develop stone tools and control fire, which allowed them to capture and cook animal and plant foods.

Fire gave us immense advantages. The first was that cooking food is like pre-digesting it; it is like having an external stomach to do much of the work for you. Cooked food now required much less time to digest than raw meat used to, and also expanded the types of food we could eat.

Very importantly, this freed up a lot of time for human beings. For instance, the iconic Giant Panda, which feeds on low calorie bamboo stems, needs to eat for 10-16 hours every day to be able to survive. Chimpanzees and other primates spend about 50 per cent of their time foraging and eating. In comparison, we humans have historically spent less than 5 per cent of our time feeding. This has allowed us a lot of leisure time in which to play, wander and wonder about the world around us.

Our bodies actually changed because of the use of fire; our jaws and molars became smaller since less chewing was required! By evidence of smaller molar sizes, Homo Erectus was certainly cooking their food, and perhaps even Homo Habilis (the earliest of the ‘Homo’ genus) as far back as two million years ago. Fossils and stone tools of Homo Habilis also suggest that they began to increasingly include animal foods as a regular part of their diets, rather than as the occasional treat.

What about ancient Indians?

Vegetarianism in the mainstream, as a general way of life, is a feature unique to India. According to census data, 25 per cent of the Indian population is vegetarian. But where did the idea of vegetarianism take root?

Since the oldest times meat eating was prevalent in the lush forested land of India, which had an abundance of tropical animals, birds and fish. Archaeological evidence from the 5000-year-old Harappan civilisation points to a wide variety of animals consumed. Ritual animal sacrifice was also an important part of the Vedic culture 3,000 years ago.

It was the ancient Jains, in particular their apostle Mahavira, 2,500 years ago who preached an extreme form of non-violence, which also involved an elaborate vegetarian code. His contemporary, the Buddha also decried animal sacrifice and violence but, being of a practical bent of mind, allowed monks to eat any food put in their alms bowl, including cooked meat. Over the years, vegetarianism became popular among Hindus. Most Brahmin and trading communities across the country gradually became vegetarian. Vegetarianism, deeply entwined with the creed of non-violence, can thus be considered Jainism’s gift to the world.

Only in a land as green and plentiful as India would a vegetarian diet have been sustainable in ancient times. The huge abundance of plants here allowed animal foods to be entirely ignored as an essential food source.

(For more fun journeys through India’s history, check out the recently released two-volume set, The History of India for Children Vol. 1 and Vol. 2, published by Hachette India. Follow on twitter @shrutigarodia_)