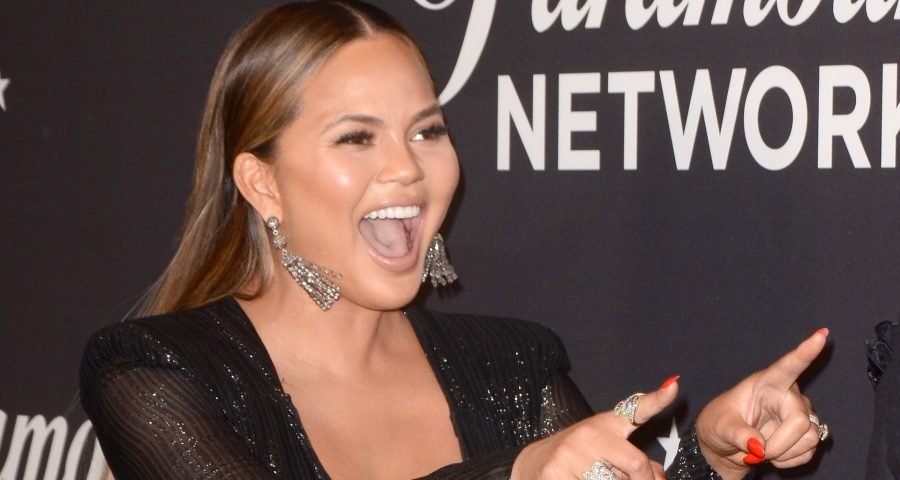 As usual, model and cookbook author has the perfect clapback for any troll who dares question her. The mom of two — daughter Luna, almost 3, and son Miles, almost 1 — often posts photos and video of her adorable offspring with husband, singer John Legend. But recently, Teigen had to deal with a troll who demanded she post bikini pics — instead of a cute family video. Silly troll, don’t you know who you’re up against?

Now, most of us can’t get enough of her social media offerings, like this recent video celebrating the milestone of baby Miles’s graduation from his handy-dandy head-shaping helmet:

And everyone was loving this footage of Luna getting her first big-girl bed — until the aforementioned troll came along:

Yes, it was a particularly gross misogynist troll who decided to crap upon all the wholesome fun at the Teigen-Legend home, with a demeaning and nasty comment to Teigen: “Bikini pics only, you were a model nobody cares about your kids.”

“Yeah well now that’s I’ve had kids you don’t wanna see me in a bikini so it’s quite the dilemma,” Teigen quipped.

Fans were quick to defend Teigen — and reassure her that her kids are a major draw to her social media: 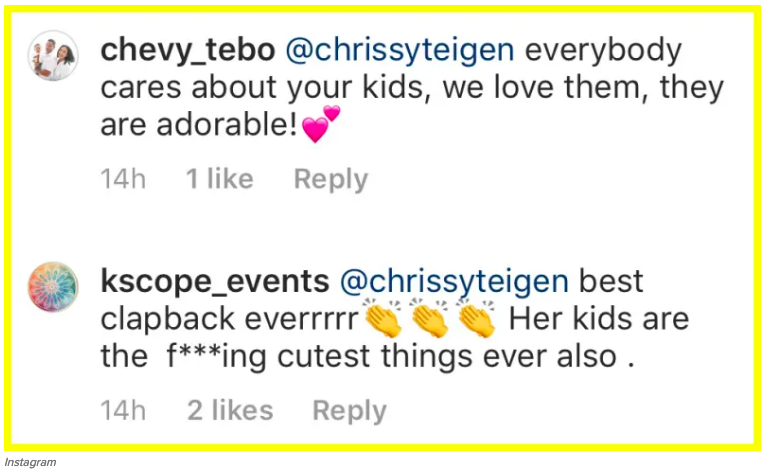 YAS KWEEN. Teigen also delighted fans this week with her hilarious tweet related to the nationwide college admissions scandal — involving actors Lori Loughlin and Felicity Huffman. Her tweet was an oh-so-sippable tea of Photoshopped pics, poking fun at the parents who Photoshopped their kids’ faces into athletic scenes to score admissions points.

Teigen and Legend are in the photos on the right, and celeb hairstylist Jen Atkin and her hubby, Mike Rosenthal, are on the left.

And yeah, we think you might just get into Harvard if you want, Chrissy Teigen, because your smarts are the real thing, and we’ll take anything you serve up.