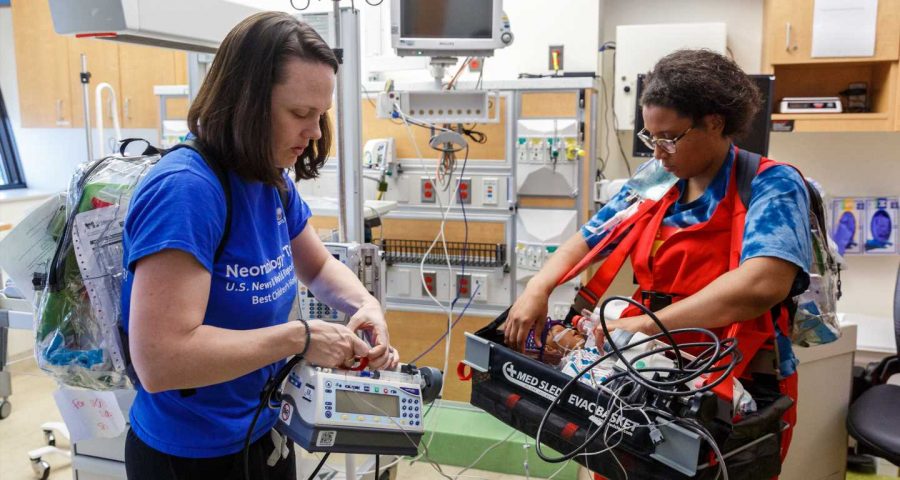 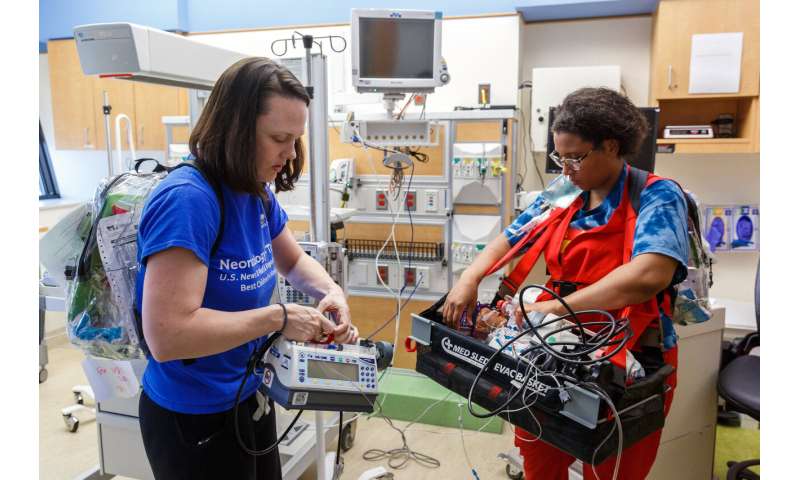 In late August 2011, a magnitude 5.8 earthquake—the strongest east of the Mississippi since 1944—shook Washington, D.C., with such force that it cracked the Washington Monument and damaged the National Cathedral.

On the sixth floor of the neonatal intensive care unit (NICU) at Children’s National in Washington, D.C., staff felt the hospital swaying from side to side.

After the shaking stopped, they found the natural disaster exposed another fault: The unit’s 200-plus staff members were not all equally knowledgeable or confident regarding the unit’s plan for evacuating its 66 newborns or their own specific role during an emergency evacuation.

More than 900 very sick children are transferred to Children’s National NICU from across the region each year, and a high percentage rely on machines to do the work that their tiny lungs and hearts are not yet strong enough to do on their own.

Transporting fragile babies down six flights of stairs along with vital equipment that keeps them alive requires planning, teamwork and training.

“Fires, tornadoes and other natural disasters are outside of our team’s control. But it is within our team’s control to train NICU staff to master this necessary skill,” says Lisa Zell, BSN, a clinical educator. Zell is also lead author of a Children’s National article featured on the cover of the July/September 2019 edition of The Journal of Perinatal & Neonatal Nursing. “Emergency evacuations trigger safety concerns for patients as well as our own staff. A robust preparedness plan that is continually improved can alleviate such fears,” Zell adds. 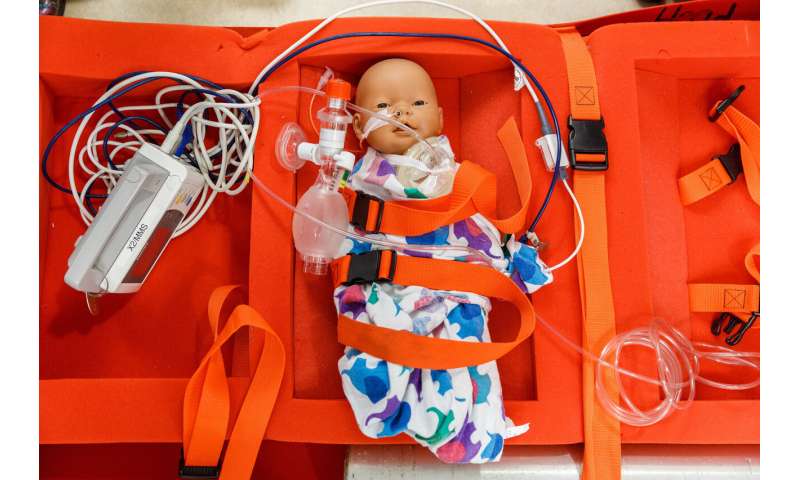 Children’s National is the nation’s No. 1 NICU, and its educators worked with a diverse group within Children’s National to design and implement periodic evacuation simulations. From June 2015 to August 2017, 213 members of NICU staff took part in simulated drills, honing their skills by practicing with mannequins with varying levels of acuity.

“Each simulation has three objectives. First, the trainee needs to demonstrate knowledge of their own individual role in an evacuation. Second, they need to know the evacuation plan so well they can explain it to someone else. And finally, they need to demonstrate that if they had to evacuate the NICU that day, they could do it safely,” says Lamia Soghier, M.D., FAAP, CHSE, NICU medical director and the study’s senior author.

The two-hour evacuation simulation training at Children’s National begins with a group prebrief. During this meeting, NICU educators discuss the overarching evacuation plan, outline individual roles and give a hands-on demonstration of all of the evacuation equipment.

This equipment includes emergency backpacks, a drip calculation sheet and an emergency phrase card. Emergency supply backpacks are filled with everything that each patient needs post evacuation, from suction catheters, butterfly needles and suture removal kits to flashlights with batteries.

Each room is equipped with that emergency backpack which is secured in a locked cabinet. Every nurse has a key to access the cabinet at any time.

Vertical evacuation scenarios are designed to give trainees a real-world experience. Mannequins that are intubated are evacuated by tray, allowing the nurse to provide continuous oxygen with the use of a resuscitation bag during the evacuation. Evacuation by sled allows three patients to be transported simultaneously. Patients with uncomplicated conditions can be lifted out of their cribs and swiftly carried to safety. 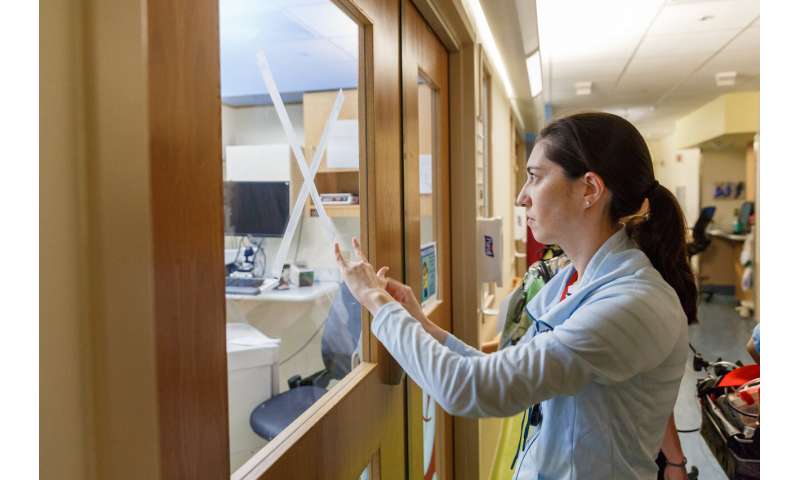 Teams also learn how to calm the nerves of frazzled parents and enlist their help. “Whatever we need to do, we will to get these babies out alive,” Joan Paribello, a clinical educator, tells 15 staff assembled for a recent prebriefing session.

An “X” on the door designates rooms already evacuated. A designated charge nurse and another member of the medical team remain in the unit until the final patient is evacuated to make a final sweep.

The simulated training ends with a debrief session during which issues that arose during the evacuation are identified and corrected prior to subsequent simulated trainings, improving the safety and expediency of the exercise.