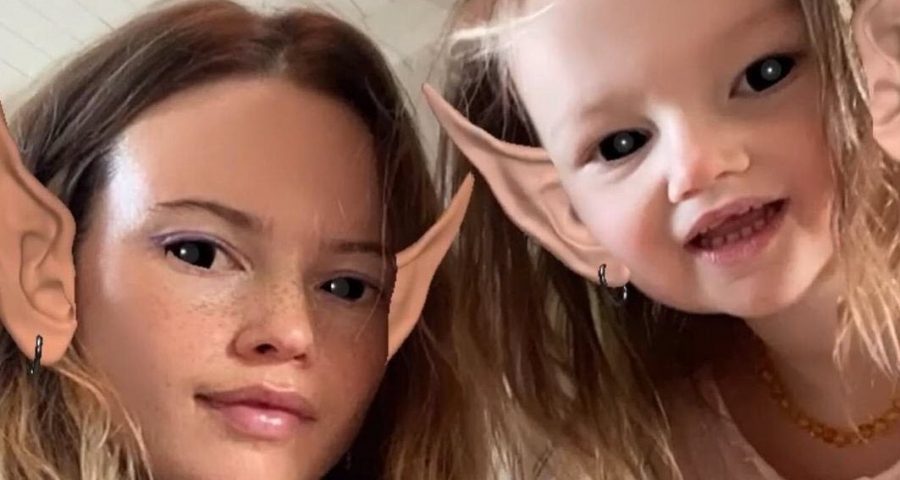 Too cute for words! Behati Prinsloo provided a rare glimpse of her and Adam Levine’s youngest daughter, Gio, while honoring a special occasion.

“My bestie turned 3. 👽👽,” the Victoria’s Secret model, 32, captioned a selfie of the mother-daughter duo on Tuesday, February 16, to celebrate Gio’s third birthday. She included the alien filter over their faces.

Prinsloo and Levine, who tied the knot in Cabo San Lucas, Mexico, in July 2014, welcomed Gio in 2018. The longtime pair also share 4-year-old daughter, Dusty, who arrived in 2016.

Back in 2018, the Zambia native told Us Weekly exclusively how she and the 41-year-old Maroon 5 frontman share different parenting philosophies.

Twinning! Teddi Mellencamp and More Celebrities With Their Look-Alike Kids

“He’s actually stricter than me and I thought I was going to be the strict one,” she explained at the time. “He’s, like, very about not … creating bad habits, which I’m like, ‘I see that.’ He’s like, ‘You can’t show her TV when she has breakfast every day because she’s gonna want that all the time.’ And I’m like, ‘Oh, yeah, you’re right.’ He’s actually really strict.”

Prinsloo additionally revealed that the twosome could potentially expand their family down the road, adding, “I definitely would want to try for a boy, but if I have all girls, I’ll be happy. I definitely want these two to grow up a little more and experience the two of them together before I do another one, but I think there are more in the future for sure.”

The following year, the model admitted that the couple can’t reach an agreement on how many kids they hope to have. “Adam wants five. I thought I wanted five, but now I think maybe, like, three or four,” she said on The Ellen DeGeneres Show before joking, “Adam can’t have everything, I’m carrying them.”

The “Girls Like You” rocker, meanwhile, has expressed that he enjoys “everything” about parenthood, even though it’s a “learning curve” and filled with “chaos” along the way.

“It’s a shock just how much you worry when you have kids. It’s all-consuming — this whole new life you’re suddenly responsible for. You realize you couldn’t possibly matter less in the equation, but I think that’s really healthy,” he told the U.K.’s Daily Mirror in 2019. “If you even want a shot at being a decent parent, you have to put yourself so far down the list.”