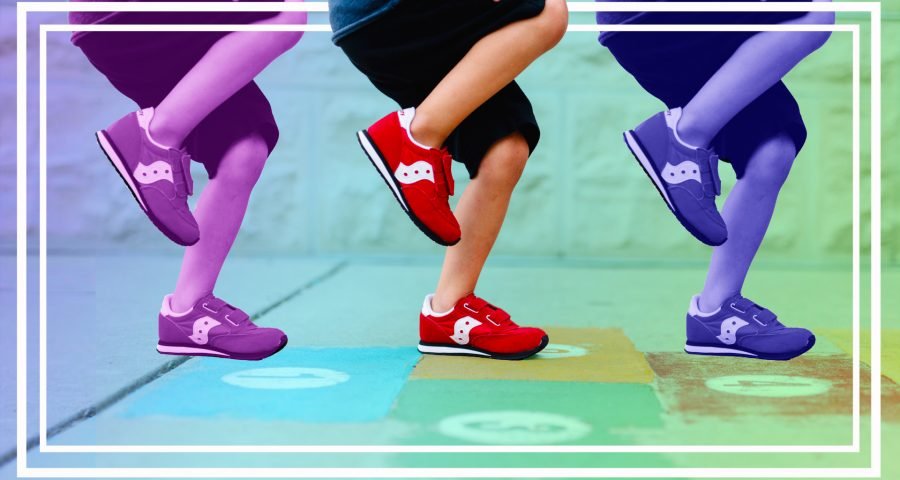 A few years ago, a hashtag popped up that people either loved or hated: #LikeAGirl. The campaign, launched by Always, was meant as a way to reclaim a popular insult young women hear (you know, “you run like a girl!” to somehow mean slow or uncoordinated?! We think it’s bullshit, too). Many embraced it — talking about the various ways they hit, kicked or fought strongly and with confidence. And a recent video of a girl outrunning several boys while playing football is a prime example of how one can play like a girl… and win.

The video, taken and shared Kevin Virta, shows his 6-year-old daughter, Alicia, dodging everyone on the field. She bobs, weaves and then breaks away from the pack to score a touchdown — and does so with relative ease. Virta was obviously proud; the father captioned his tweet with “My 6-year-old daughter dominating the football field. Shows all those boys what’s up” — which she did. Alicia was (and is) a powerhouse. But she didn’t just show the boys what’s up; she showed everyone.

She proved girls like her are forces to be reckoned with.

Vitra’s post has since gone viral. It has been liked over 1,500 times, shared hundreds of times and garnered dozens of comments, including “Girls rock! You go girl!” and “Show them what you’ve got baby girl.” One commenter even wrote “It only took 24 seconds to see how bright her future will be,” to which Kevin Vitra responded “Thank you very much!”

Nikki Virta, Alicia’s mom, told Makers her daughter’s actions did not surprise her. “Leesha is a beast who is the only girl on her flag football team. She loves being the only girl,” she said, “and has very good self-esteem.” In fact, Alicia has since she was young. She swims competitively, plays on an all-boys basketball team and holds a black belt in karate.

As for how she is received by her teammates, according to Nikki, “the boys love her,” and we do too, because Alicia is fast, strong and powerful and radiates confidence, both on and off the field.