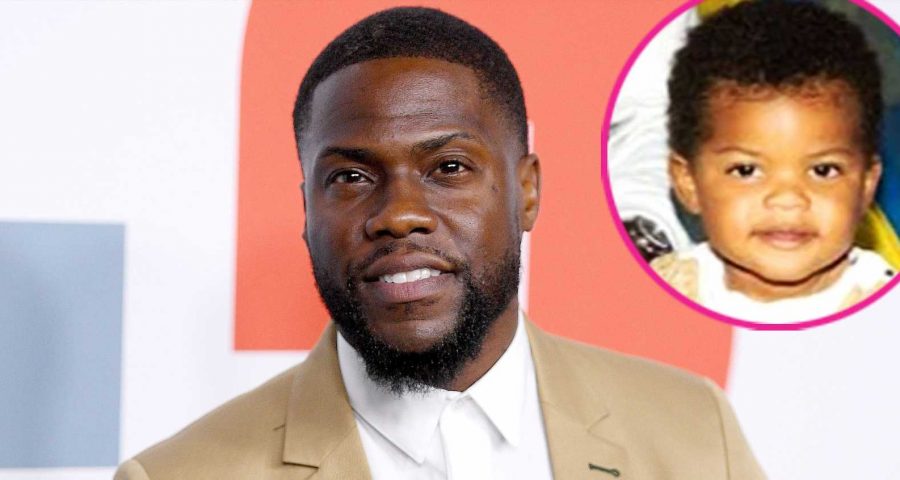 Something to celebrate! Kevin Hart and Eniko Parrish rang in their son Kenzo’s second birthday with a Paw Patrol party.

“So much fun celebrating you!” the Maryland native, 35, captioned a Wednesday, November 27, Instagram slideshow. “Cheers to 2. We love you Prince ZoZo!”

In the sweet family shots, Hart, 40, could be seen holding his toddler and going down a slide with him. He and Parrish welcomed Kenzo in 2017, and the comedian also shares Heaven, 14, and Hendrix, 12, with his ex-wife, Torrei Hart.

In September, the Jumanji star was involved in a near-fatal car accident alongside producer Jared S. Black and Black’s finacée, Rebecca Broxterman. Hart sustained a spinal fracture in the accident, which was followed by a series of major surgeries. Since then, the actor has transformed into “a different version” of himself, he revealed earlier this month.

“This ain’t got nothing to do about going to church,” the Pennsylvania native explained during his SiriusXM radio show “Straight From the Hart.” “It’s not spiritual, spiritual is the wrong word. You’re more present, more aware. It’s all a joke until you get smacked with that real life reality.”

The I Can’t Make This Up author added, “It wasn’t life-threatening. It was life-altering … You take for granted the s–t that you really can do and use on a daily basis.”

Hart touched on this during his first public appearance after the crash at the People’s Choice Awards on November 10. “First and foremost, thank God because I definitely don’t have to be here,” the BET Award winner said while accepting the Comedy Act of 2019 award. “Being that I am, it makes me appreciate life even more. It makes me appreciate the things that really matter. Family. I want to thank my wife and kids, who really stepped up to the plate for me.”

He first spoke about the accident a month prior, telling Us Weekly in a statement: “I have nothing but love for Jared and wish him and Rebecca a speedy recovery.”

Keep scrolling to see Hart and Parrish ringing in their son’s big day.