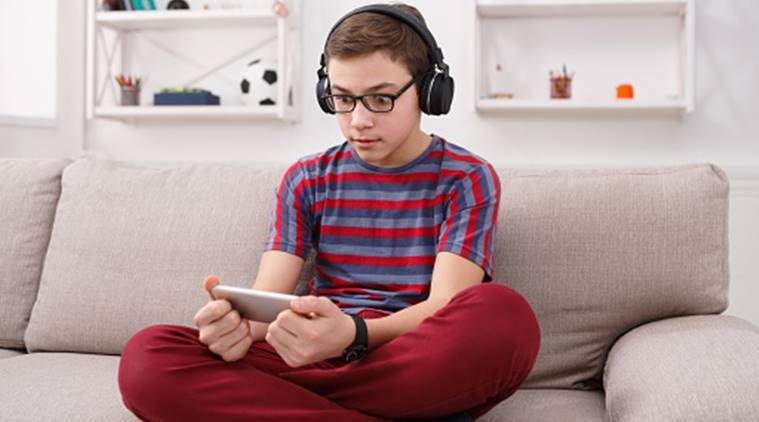 PUBG addiction: It's practically impossible to keep children away from mobile phones completely. That said, one has to make sure they do not become game addicts.

There have been several reports of children being addicted to the popular online game PUBG of late.

In 2018, schools in Bengaluru, for instance warned parents to keep their child off too much gaming after a 15-year-old boy reportedly started receiving treatment for PUBG addiction. A class 10 student from Telangana recently committee suicide after being scolded by his mother for playing PUBG.

It’s practically impossible to keep children away from mobile phones completely. That said, one has to make sure they do not become game addicts. Express Parenting got in touch with Meenal Arora, parenting expert and founder director, Shemford Group of Futuristic Schools, to know how game addiction can impact a child.

Effects of game addiction on children

Look for these symptoms in your child:

1. Withdrawal from the social scene

When a child is addicted to gaming, the first thing he or she does is to withdraw from the social circle. The child prefers being online over anything else. And that’s so common among children today, who tend to spend time on mobile phones even when in a social gathering. They tend to be psychologically dependent on these games, which are designed to be addictive.

The child also tends to get irritated at the smallest of things or if parents interfere in something.

Another major symptom of a gaming addict is that he or she might sneak out to play alone for fear of being caught or scolded by parents. They start lying to their parents about what they are playing and for how much time.

4. Obesity and other health issues

Children, who are addicted to gaming, are also at the risk of becoming obese due to reduced physical activity. Besides obesity, it can also lead to “sleep deprivation, low high-density lipoprotein cholesterol, high triglycerides, and high insulin resistance”, as revealed by a 2016 study published in the journal PLOS One.

What parents can do to help their child

Children spend a major part of their day at home. Many of them play games, unmonitored, on their parents’ phones too. So, it is parents and other family members who need to keep their child from being addicted to games. Arora also suggested some tips for parents to ensure their child does not become a PUBG addict.

1. Communicate with your child

Most parents resort to scolding or ridiculing their child. What they need to realise is that these children, especially the ones approaching teenage, are undergoing emotional and psychological changes. What is really required at this point is to be in control of the situation and talk to your child with all affection, in a calm and composed manner. A one-on-one communication with the child from the very early years, to make him or her understand the impact of gaming addiction, is very important. Parents need to ensure their child tells them what he or she does online, the games they are playing or how much time they spend on the same.

Explain to your child that gaming is just pastime. Set a schedule for gaming to limit their screen time. Tell them if they need a break, they can perhaps do gaming for half-an-hour only.

3. Make your child play in front of everyone

After designating a fixed time for gaming, keep an eye on the child to make sure or he or she is playing in front of the family members. If there is nothing wrong in the game, they will play in front of you. Parents need to build in their child the faith that he or she can tell them something without being scolded.

Monitor your child’s online activity. Keep a track of the web history to check the sites he or she visits. Beyond that, we also need to teach children to take responsibility of themselves. Show them how their lifestyle might have changed due to game addiction, for instance, and how it is impacting them.

Try and push your child into some extra-curricular activity or a hobby they were perhaps pursuing earlier. If the child is involved in it, it will eventually cut down their screen time. They need to be diverted in the right direction.