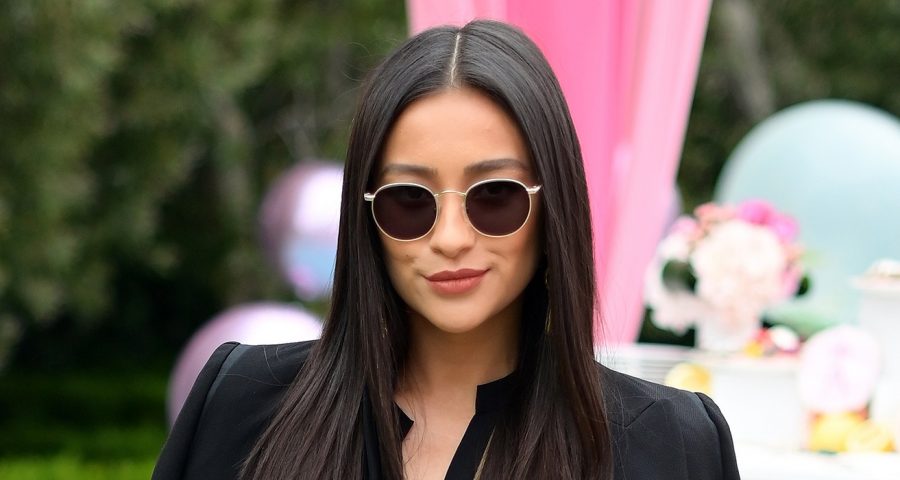 Bumping along! Shay Mitchell revealed her pregnancy in June and has been sharing baby bump pics with her followers ever since.

The Pretty Little Liars alum, 32, kicked her announcement off with a topless photo showcasing her bare belly. “Does this mean I’m allowed to drive in the car pool lane at all times now?” the actress wrote at the time.

Her boyfriend, Matte Babel, shared a shot from the same photoshoot, writing, “Watching the both of you grow over the past 6 months has been the most beautiful thing in the world.The strength, vulnerability and grace you’ve had during this pregnancy has left me in awe, you’re going to be an incredible mom. We’re lucky to have you, love you.”

Mitchell and the Canadian music reporter, 38, who were first spotted on a dinner date in October 2018, went on to reveal that they’re expecting a baby girl in a YouTube video.

“Shay wanted to surprise Matte with a gender reveal that would keep him guessing, but it was a surprise for her too,” read the description of the July footage. “So they left it up to Shay’s assistant Liz to do the planning. They saw a lot of gender reveals that involved pink and blue cake and balloons, but thought a touch of drama would really set this one apart from the rest.”

While the pregnant star “truly” thought she was having a boy, the Power Rangers fight that her assistant organized revealed just the opposite. “Obviously, I’m super happy,” Mitchell said when a Pink Power Ranger won the epic balcony battle.

The couple’s exciting news came six months after the You star announced on her Instagram Story that she had suffered a miscarriage.

“Although it was an amazing year it didn’t come without hardships,” the model wrote before sharing photos from 2018, including an sonogram and a broken heart emoji.

As Mitchell and Babel await their daughter’s arrival, take a look at the gallery below to see her baby bump pics along the way.