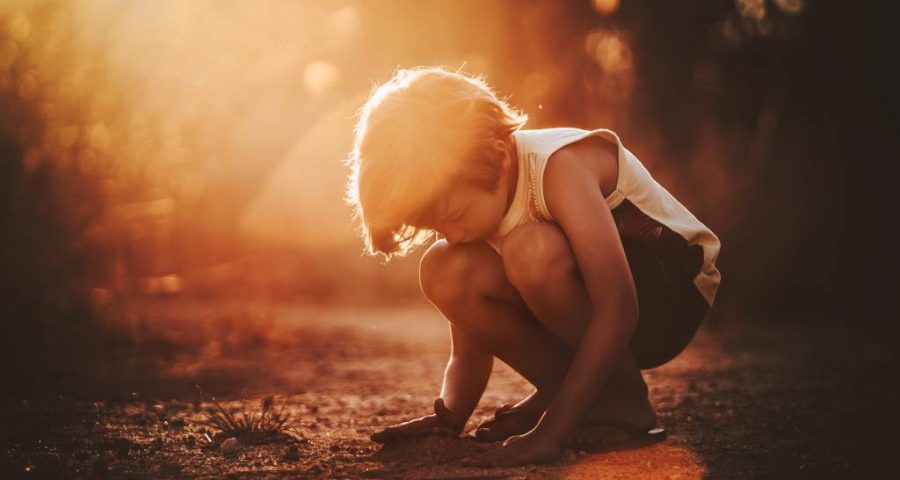 When I had my daughter at the end of November 2019, the nurses in the hospital were whispering about a new disease called COVID-19 that was sweeping across China. Three months later, everything was in lockdown. I, like everyone else, wondered how long this could really last — surely it was just a matter of time before they’d figure out a cure, or the disease would die out, and we could all go back to normal? We held our babies tighter, but as the news trickled in from Italy and New York, and the grim reality of climbing numbers and horrific deaths weren’t just overseas, but in our country, in our state, in our town — I panicked. 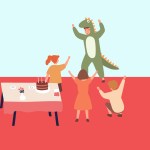 It's the Anniversary of the End of 'Normal'

My 4-year-old son, Trip, is nonverbal and has autism, and I can’t even describe to you the fear that set in when I realized that if Trip were to get sick with COVID, it’s very possible he would feel like he was suffocating — and he wouldn’t be able to tell me that he couldn’t breathe. So we went into lockdown mode, sanitizing groceries, not seeing anyone, not going anywhere, but as the year dragged on, I realized that my son was failing, and flourishing, in some surprising ways; so here’s what I’ve learned about parenting an autistic child during a global pandemic.

When schools went remote, I became painfully aware of how distance learning was failing special-needs kids like mine. Aside from losing the therapy resources he was getting at school, there was no way that Trip would sit still and stare at a screen for hours each day. His poor teacher, who was doing her absolute best to include Trip, watched me chase him around the house, trying to bribe him, plead with him, trick him into just being in the frame of the Zoom call. After the first day he tried to throw my laptop down the stairs. Anytime he saw a laptop or tablet he would start crying. He was angry and irritable, and even after distance learning had ended for the day, he was cranky and barely slept.

After the first week ended with his speech therapist spending 45 minutes watching me try to get Trip to look at the screen, (while corralling my newborn, trying to hear the therapists’ instructions over Trip’s screaming and the baby crying, and keep all of my son’s tiny toys out of my daughter’s mouth) I asked his speech therapist with tears in my eyes, “How do people DO this?!” She shook her head and said, “Maybe we’re doing more harm than good.”

I was relieved. Admitting that Trip was getting nothing out of this and that all it was doing was making everyone cry (me, him, the baby) gave me permission to say, “Screw you, Zoom!” and focus on things that I could change. Once I made my son’s mental health a priority, he was happier and I was happier.

We live on a farm in Connecticut, so we were lucky that we didn’t have to change too much to be completely isolated in lockdown. What I didn’t realize was how many places I depended on outside of school for Trip to burn off all his energy: swimming at the local YMCA, playing on playgrounds around town, weekly gymnastics class. Suddenly the playgrounds were wrapped in yellow caution tape, the YMCA, gymnastics. and soft gyms had all closed their doors, and I found myself Googling “where can my kid play.” Trip had burned through all of his sensory toys in a matter of days. I was DIYing up a storm of sensory crafts, and he still wasn’t getting the input he needed. While some people took up baking, or bought a goat, or built their kids an indoor slide, I was searching online for an answer to the question, “How are other special needs parents surviving during this insanity?”

Obviously, there was no answer. But I did find a few things that made life a teeny bit easier. We spent 98 percent of the time outside. We wandered our small town, hiking in the woods until the sun went down (we got lost), stumbling across a river that became our new favorite hang out spot (we got lost), and visiting what felt like every farm in the tri-state area (shocker, we got lost a few times). Being outside seemed like the only option, and it turned out it was the best one.

Once winter hit and that wasn’t an option (my kiddo hates the cold), I found ways to bring the outside inside, like this indoor swing from B4 Adventure that transforms a doorway into a classic swing, a sensory swing, or a ring bar. Grab a pillow to slide down the stairs on your butt, and you’ve got a full fledged swing set in your house.

Not all classrooms have four walls.

Every month that schools remained remote, I was sinking deeper and deeper into the mom guilt that there must have been something else I could be doing to help teach Trip. There must be something more, something better, something I wasn’t doing. I was exhausted from living in the constant state of feeling like I was failing my son, and the constant terror that he or I would get sick or die. He wasn’t getting therapy in school, no therapists would come to our house (because pandemic), and I felt like my miserable attempts at homeschooling lessons were a joke.

But here’s the thing. Not all classrooms have four walls. Trip picked up drawing during lockdown, something he has never shown interest in before. He learned to put his snacks in bowls and on plates instead of dumping the bag out on the nearest surface. He learned to get a fork out of the kitchen drawer to eat, and get his own glass of water. He learned to hug his sister, and roll down hills. He learned which rocks are best for stacking, and made piles all over our yard. He learned to garden, and when he goes to sleep at night now, I tuck him in, say goodnight, and WALK AWAY (a huge win). He has learned so much during lockdown, and I have learned to let go of the nagging mom guilt that convinces me I’m doing a terrible job.

One thing that came into sharp focus when the pandemic hit was food. Trip is an incredibly picky eater, and only has a handful of things he will eat. And not in a I-really-don’t-like-that-but-if-the-choice-is-eat-it-or-starve-I-guess-I’ll-eat-it kind of way. He would rather starve. But as grocery shelves emptied and those few items he eats disappeared, we found ourselves calling countless grocery stores, trying to find the items online, even driving over state lines to find them. One such item is Yummy brand chicken sticks. Only that brand. I have no idea how he knows, we’ve tried every chicken stick out there, even putting a different brand in the Yummy brand box to try to trick Trip — to no avail. (Somehow, maddeningly, even though they’re all identical, he knows.) One day, about six months into lockdown, we were out of these chicken sticks, had searched all local stores, tried to find them online, I even reached out to the brand directly and pleaded with them to tell me where I could find them. By sheer dumb luck, I happened to find a store that said that they sold them. I ran (yes, actually sprinted) down the frozen food aisle, and when I found the empty shelf where they were supposed to be, I burst into tears. Nothing says autism parenting like crying in a random grocery store frozen food aisle over chicken sticks. The sweetest woman came up behind me and said she completely understood — her daughter had Down syndrome and would only eat peanut butter and jelly or mac and cheese. She told me to reach out to a Facebook group for parents of special needs children, as they might have some leads.

“Don’t be afraid to ask for help!” she called over her shoulder as she walked away, and that rings in my head every time I am struggling.

I did reach out to the Facebook group she suggested, and they did have leads. I can’t tell you how much I wish I had asked for help sooner. Everyone has a community, and if this pandemic has taught me anything, it’s that we’re all in this together. Ask for help. Reach out if you need it. Don’t be afraid to put yourself out there—you’ll be so glad you did.

These celebrity moms make us all feel better when they share the highs and lows of parenting.