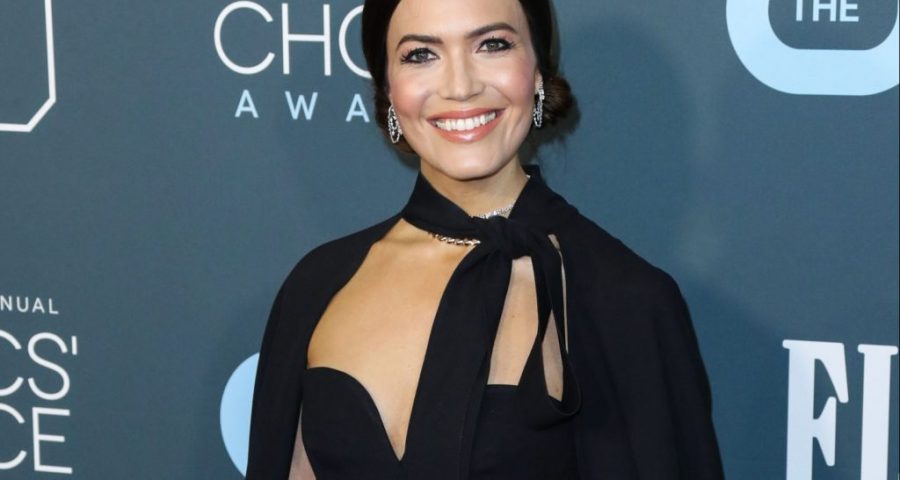 Mandy Moore is sharing a new breastfeeding selfie from the set of This Is Us.

The actress, who welcomed her first child, son Gus, in February with husband Taylor Goldsmith, posted the image on her Instagram Stories. The sweet selfie (or brelfie!) shows her cradling her son — who’s giving the camera some amazing side-eye — and nursing him while filming season six of the popular NBC series. “Back at work and grateful to have little man with me,” she wrote.

Nursing has not always been “smooth sailing” for the new mom who, during last month’s World Breastfeeding Week, described clogged milk ducts, rearranging her schedule around feedings, and pumping breast milk. Moore’s struggles aren’t isolated — according to The American College of Obstetricians and Gynecologists, physical pain, problems with a baby’s latch, and inadequate support all contribute to lowered breastfeeding rates. However, Moore called nursing Gus “a beautiful, messy and an oh so rewarding experience I will treasure forever” using the “Fed is best” hashtag. 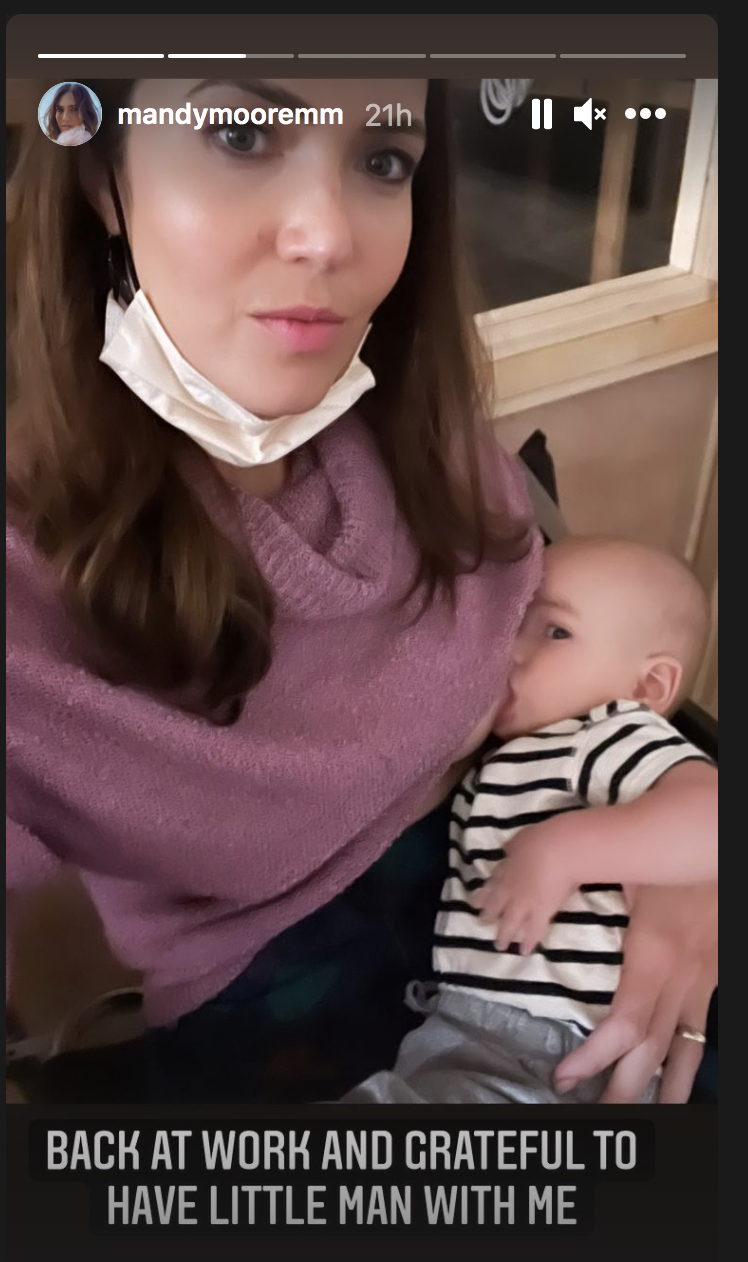 Also unanticipated for Moore was Gus’s birth story, which she equated to an “acid trip” on a March episode of the Informed Pregnancy Podcast that involved an “awful” ride to the hospital during which Moore changed her mind about having an unmedicated birth. The labor itself, she recalled, was “grueling” adding, “I remember moaning like an animal.”

However, once Gus was born, she told podcast host  Dr. Elliot Berlin: “I’ve never felt this kind of love. It was like the world stopped again, and you’re not aware of anything else that’s going on.”

Childbirth is nothing like in the movies, as these beautiful photos show.