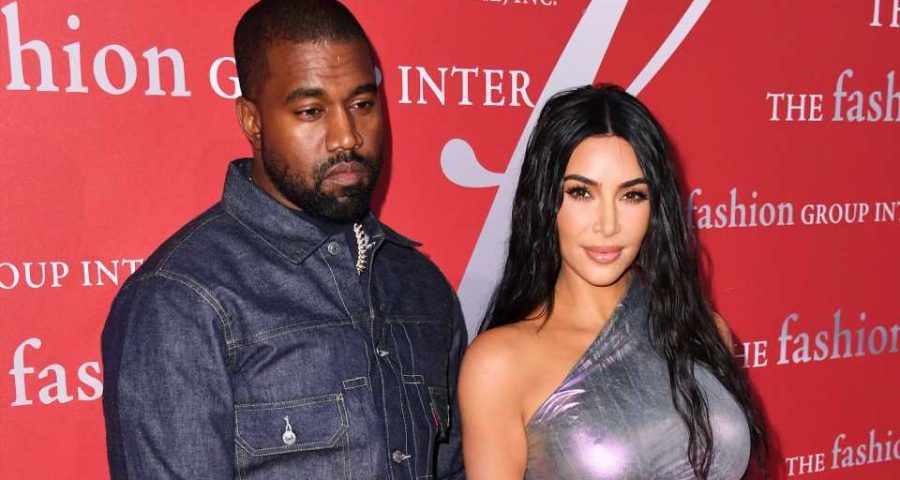 Someone might want to tell Kanye West that his wife, Kim Kardashian, is “definitely done” having kids. The Keeping Up With the Kardashians star told E! News recently that four children was plenty for her — but her rapper husband apparently hasn’t gotten the memo. West appeared on The Late Late Show just days later, saying that he wanted to expand his brood — by three.

“[I want] seven kids. The richest thing that you can have is as many children as possible,” West told host James Corden. Gulp.

We’d argue that the richest thing you can have is a fab marriage, full of communication and compromise, but hey, what do we know, as mere bargain-shopping, subway-taking mortals?

West and Kardashian already share North, 6, Saint, 3, Chicago, 21 months, and Psalm, 5 months. West told Corden that he doesn’t “like going out at nighttime” because he’s always “at home with my family at night as much as possible.”

West elaborated about the typical Kardashian-West evening: “We’ll eat dinner and we’ll play with the kids and then we’ll put the kids to bed and then we go to bed. And then my wife watches Dateline [and] I read the Bible.”

Looks like West didn’t make it to Bible study on this particular evening, which made it onto his Instagram:

We’d give anything to know what Kardashian’s take on West’s interview reveal is right now. In August, during a Q&A session on her Instagram Story, she replied to a fan who inquired if she wanted more children, “I LOVE my babies so much but 4 is all I can handle with how busy I am, and each one of my babies needs so much attention.”

We’re thinking we’re not wrong when we include Kanye in Kim’s attention count, as in an April 2018 interview with Elle, she confessed, “I don’t think I could handle more than [four]. My time is spread really thin. And I think it’s important that in all couples, the mom gives the husband as much attention as the kids.” Ahem. No word on how much attention the husband should be giving the wife in this deal.

Maybe we should all just take everything Kanye says with a big grain of salt. West also told James Corden that the massive tax refund he received this year — all $68 million of it — is a gift from God for his becoming a born-again Christian.

“God is using me to show off,” West told Corden.

Welp, let’s hope God leaves Kim out of this and honors her four-kids-I’m-done vow, even if West isn’t listening.