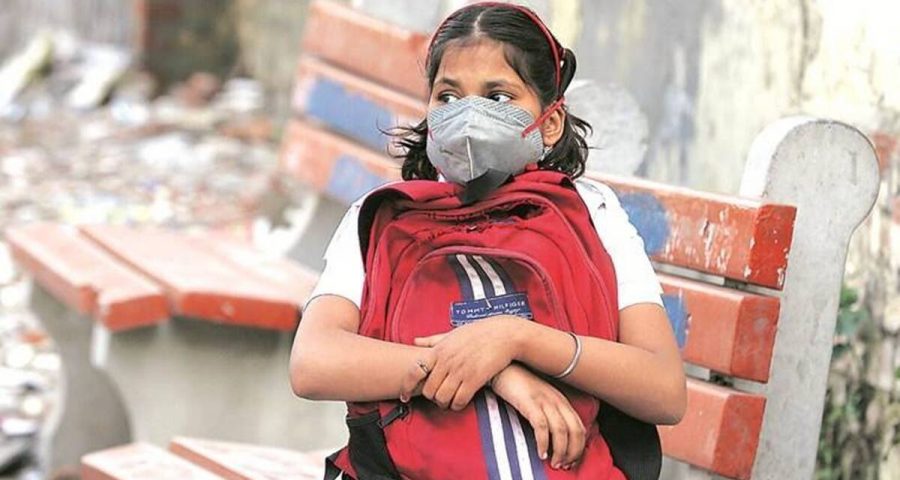 Maybe it’s time for us to become a little more creative in figuring out ways to stimulate real learning, and the only way I can think of for myself is to get more involved in her learning process using non screen time. The pandemic has been hard on everyone for different reasons. Some families have struggled with financial stability or uncertainty, others have had to juggle WFH, homeschooling for multiple children and housework with little or no outside help, while some have found that it has taken a toll on their mental health, leaving them anguished, anxious and withdrawn. But have we taken a moment to think about how the pandemic has affected our children? Whether it has had any long-term impact on them?

While researching this column, I came across a very interesting and comprehensive study published two months ago on The Hidden Impact of COVID-19 on children – A global research series by Save the Children. It is the largest and most comprehensive study of its kind, spanning 46 countries (including India), with 13,500 children and 31,500 caregivers sharing their experiences, fears, hopes and messages.

Most kids feel they aren’t learning at all

And when asked about obstacles to learning, the largest factor turned out to be not having anyone to help (37%) and not understanding homework (27%). Having no contact with teachers was also associated with lower reported levels of learning.

This really made me think about how much having our children glued to screens for at least six hours a day (for school) and more for homework, projects and entertainment is going to help them in the long run. When I look at my 9yo, I realise she is easily spending anything between 6-8 hours a day staring at a screen of some size and if I point this out I am usually told that this is because of online classes and that isn’t in her control. While she does spend some time playing board games, reading and doing some art and craft, the lack of outside physical play and interaction with friends during the pandemic has undeniably steered her towards screens and I don’t know how much of this is reversible. In fact, instead of a physical teacher, now even art and craft lessons or art lessons are taken from YouTube.

Maybe it’s time for us to become a little more creative in figuring out ways to stimulate real learning, and the only way I can think of for myself is to get more involved in her learning process using non screen time. Just this morning she asked if she could go downstairs and get a flower to dissect (using a pair of tweezers), since she has her Science assessment coming up. I jumped at the idea. During the holidays, I think I’m going to ply her with art supplies and encourage her to trace a family tree going back four generations. I’ll ask her to draw up what family members were like from either photographs or conversations with grandparents (history, biology, geography and art lessons all rolled into one). Another fun activity might be to get her to research one topic a day (not using the internet). She can use books, chat with people, and come up with one paragraph to present to us in the evening. It could be an artist and his life, some era of history, pop culture, politics, climate change—anything, but without the help of a screen.

According to the study, there was a significant impact on the psycho-social wellbeing of kids too. “More than 8 in 10 children reported an increase in negative feelings.” The study also showed that just under half the parents/caregivers reported observing signs of psychological distress in children. Other distressing news: Nearly one-third of the households had a child and/or parent/caregiver reporting that violence had occurred in the home, including children and/or adults being verbally or physically abused.

More than half the children who were not in touch with their friends reported feeling less happy (57%), more worried (54%) and less safe (58%). Worse still, as the pandemic grew from weeks into months into almost an entire year, the feelings of negativity grew too. While 62% of the children and 83% of the parents/caregivers reported an increase in negative feelings when schools were closed between 1 to 4 weeks, the reports of negative feelings were higher for the vast majority of children (96%) and adults (95%) when schools had been closed for 17 to 19 weeks. However, the study also pointed out that over three-quarter of parents/caregivers reported an increase in their use of positive parenting methods with their children (telling stories, reading a book, music, singing, dance, drawing/art and craft).

In the absence of peer interaction, parents undoubtedly have an additional burden of filling in to ensure their kids stay happy. Whether it is relying on feel-good movies, music, dancing together, baking, or just sitting and chatting together, the idea is to ensure the child is emotionally okay. Just letting your kids be on their own—probably on a screen again—locked up in their own rooms isn’t helping them. And emotional distress, left unchecked, can seep into a child’s being. Intervene before it’s too late.