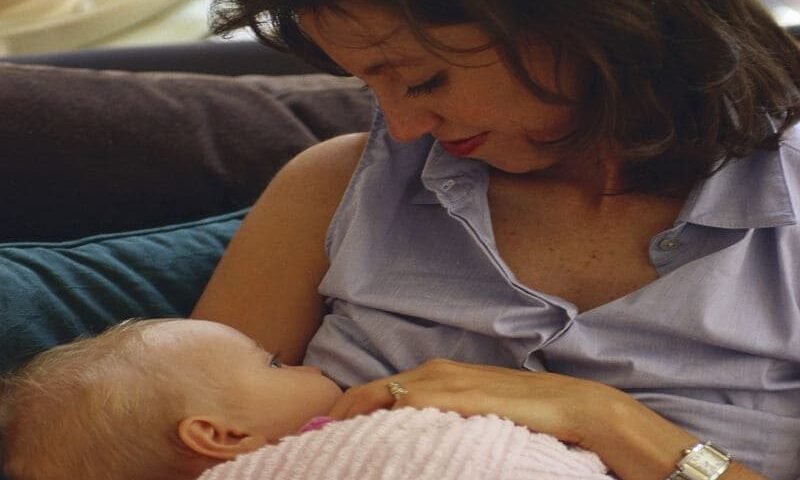 (HealthDay)—The benefits of breastfeeding are wide-ranging.

For baby, they include protection against infections and illnesses, including asthma, as well as reducing the risk of sudden infant death syndrome (SIDS). Babies breastfed for six months are also less likely to become obese.

For mom, breastfeeding decreases the risks of breast and ovarian cancers.

There are financial benefits, too. Not needing to buy formula can save more than $1,000 a year. Fewer childhood illnesses mean lower medical costs and fewer wages lost to time off to care for a sick baby. One study estimated that health care costs for newborns can be cut by two-thirds when mom participates in a work-based maternity and lactation program.

There’s another underappreciated benefit. The breast milk of moms who themselves eat a varied diet exposes children to more flavors. This might be why breastfed infants are less picky and more willing to try new foods when it’s time to introduce them.

American women aren’t yet reaching the American Academy of Pediatrics’ recommendation that all infants be exclusively breastfed for about six months and then be given breast milk along with foods for at least 1 year. But progress has been made on many of the breastfeeding goals included in the national “Healthy People 2020” initiative.

For example, just over 83 percent of moms start breastfeeding, and close to 47 percent of babies are breastfed exclusively for three months, exceeding goals on both benchmarks, according to a recent report card from the U.S. Centers for Disease Control and Prevention.

But the United States is still 3 percentage points shy of the goal for about 61 percent of babies to continue for six months.