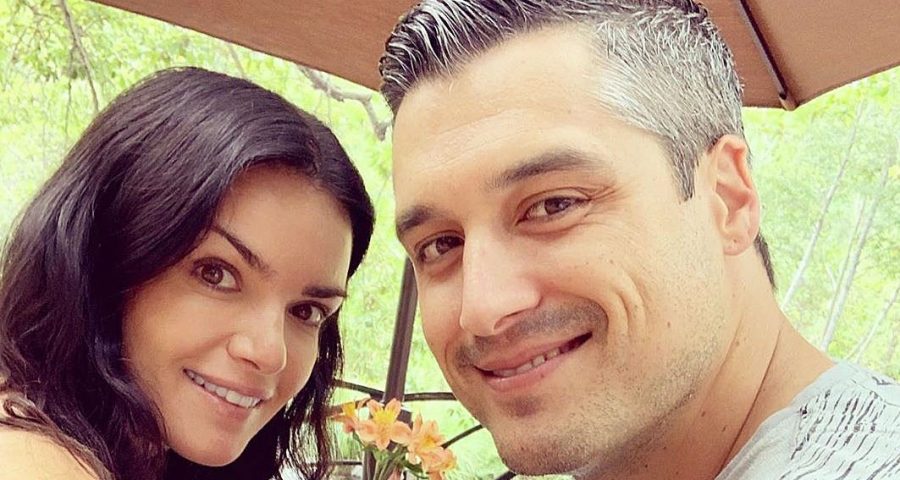 New chapter! Courtney Robertson revealed that she and fiancé Humberto Preciado have welcomed their first child, a baby boy.

“My guys! So in love over here. Happy Father’s Day,” she wrote via Instagram Stories on Sunday, June 21, sharing photos of Preciado and their new baby in the hospital.

Us Weekly broke the Bachelor alum’s pregnancy news in December 2019. “I always wanted a boy,” the former reality star, 36, told Us at the time. “I’m a tomboy as you know. I grew up playing sports. My sister had three boys. I was like, ‘Of course, I’m probably not going to have a boy.’ We got the results back and I was actually shocked. I just thought in my head it was a girl. We had a girl name picked out.”

Preciado was also hoping for a son, Robertson went on to tell Us. “We both really wanted a boy because there’s no boys on his side of the family,” she explained. “He was an athlete, he played football in college.”

The Arizona native gushed about her fiancé attending all of her doctor’s appointments, adding, “It’s just so nice. Every time you hear the heartbeat, it’s just so exciting. We saw his little profile the other day. He’s really cute in there!”

The couple got engaged that same month. “There was just a level of comfort and connection that I’ve never felt before. I never believed in that feeling of when you know, you know until I met him,” the former model told Us of Preciado. “Nor have I been with someone that I so clearly wanted to start a family with.”

Preciado took her on “really nice dates,” Robertson told Us, explaining, “He definitely courted me. We planned trips, and we were together every day.”

The former ABC personality was previously engaged to Ben Flajnik after competing for the California native’s heart on season 16 of The Bachelor. Although Flajnik, 37, proposed during the March 2012 finale, the former couple called off their engagement seven months later. The I Didn’t Come Here to Make Friends author was linked to Arie Luynedyk Jr. before he became the season 22 Bachelor and married Lauren Burnham.