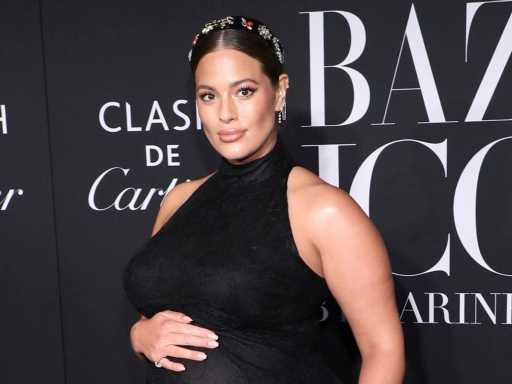 Ashley Graham is beloved for her honesty, and her newest essay may be her most vulnerable yet. In a powerful essay for Glamour called “After Giving Birth, I Had to Relearn How to Love My Body,” the mama revealed not one, but two big updates on her previous journey to welcoming twins Malachi and Roman earlier this year. She revealed she had suffered a miscarriage before the twins and that she nearly died from giving birth.

“I’ve not shared this until now, but I fell pregnant in January 2021, on my husband’s birthday. Because it was my second pregnancy, I started to show early, and we were so excited. But at the end of February, I had a miscarriage,” she said.

The body activist added that it was “one of the biggest losses I had ever had in my life to date.” She added, “I cannot even fathom how heartbreaking it must be for women who have not yet had children, and for those who have been through miscarriages multiple times. And yet the world expects us to move on and handle our grief with grace.”

She then talked about the birth of her twins, saying that everything was fine at first. However, things took a terrifying turn. The model said, “The next thing you know, I looked at my midwife and I said, ‘I don’t feel good. I think I need to lay down,’ and I blacked out. “I remember seeing darkness and what seemed like stars.”

“When I finally came to, I looked around, and I saw everybody. They just kept saying to me, ‘You’re fine. You’re fine. You’re fine.’ They didn’t want to tell me, right then, that I’d lost liters of blood, she said. “I couldn’t walk for a week. And I didn’t leave my house for nearly two months. I tell you all of this — in pretty unflinching detail — because I believe in the importance of honesty; in revealing things about myself that I hope will help others talk about what they too have been through.”

On Feb. 10, Graham announced through Instagram that she and longtime husband Justin Ervin welcomed their twin boys into the world! Ervin and Graham also share another son together, Isaac Menelik Giovanni Ervin, 2.

These celebrity moms have embraced the changes in their bodies after giving birth.