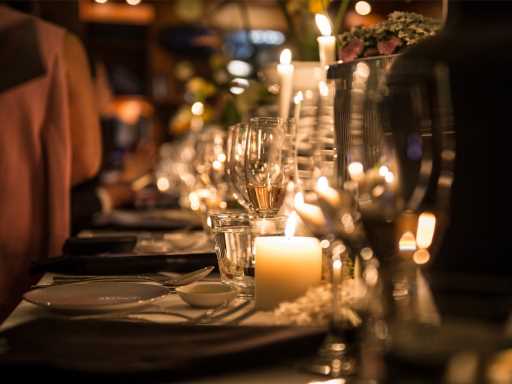 On the surface, kicking your breastfeeding sister out of a restaurant sounds awful. But hear this Reddit user out. He took to the “AITA” forum to share his story, and there are so many people who took his side in this situation.

The user explained that he had planned to purpose to his girlfriend Jessy during a family dinner at a Michelin-star restaurant. The spot, he said, is very high end, has a strict dress code, and doesn’t allow children under 14. He made the booking 10 months in advance and put his credit card down for 12 people. In the interim, he ended up proposing to Jessy — and she got pregnant. They decided to use their fancy dinner to break the exciting news that they were expecting.

“Dinner was yesterday,” he wrote. “My sister Emily decided to bring my nephew Kit with her who is still breastfed and is currently teething (he is 6 months old). So instead of celebrating Jessy’s pregnancy a lot of people were feeling uncomfortable due to my nephew crying nearly constantly and the owner of the restaurant at some point asked us to leave since kids were not allowed and my nephew was disturbing other guests.”

The Reddit user felt forced to ask his sister to leave the restaurant.  The two got into a heated conversation because his sister didn’t seem to want to leave, and he reminded her that she hadn’t asked him if she could bring Kit to the restaurant. “She has tried to defend herself saying he is young but her boyfriend, who is also the father, could have stayed with Kit, since he finishes work at 4,” he wrote. “I have also told Emily how disappointed I was with what she did as she ruined the dinner by bringing Kit in the place not made for kids.”

Later that evening, his mom and aunt called him to tell him he was being an a-hole and he should apologize. Jessy, meanwhile, is upset because the dinner didn’t go to plan, and that the fussy baby took the attention away from the occasion. “So AITA?” he asked.

Many people took to the comment section and expressed that they felt his sister was in the wrong here. Comments got pretty heated. “You’re a massive a-hole if you take kids to a nice place designed to be an experience not designed for kids in mind,” one person wrote. “You’re not only potentially making your night difficult, you’re ruining an expensive, and often rare, experience for dozens of others. She was an AH the second she decided to bring a baby to a fancy dinner. OP is NTA.”

Another added: “Your selfish sister ruined the evening, not just for your party but for all the guests in a high end restaurant because she thought she was special, and the rules didn’t apply to her little darling. On top of that you paid to have your nearest and dearest there to make a big happy announcement which was overshadowed by the ruckus she caused. If I understand the only way to prevent your entire party being kicked out, and perhaps banned was for her to leave immediately.”

Some parents hopped in to share that they are extra careful in situations like this when it comes to their own kids. “I have kids. Some places are not kid-friendly. I don’t take my kids there,” a user wrote. “…Not everything is about being a parent, and having a teething baby doesn’t mean you have an excuse to force others to endure your child fussing in an adult only space. I doubt she would try to take her baby clubbing with her just because she is breastfeeding.”

What do you think? What should the OP have done in this situation?

These are some of the coolest (and safest!) bunk beds for kids.