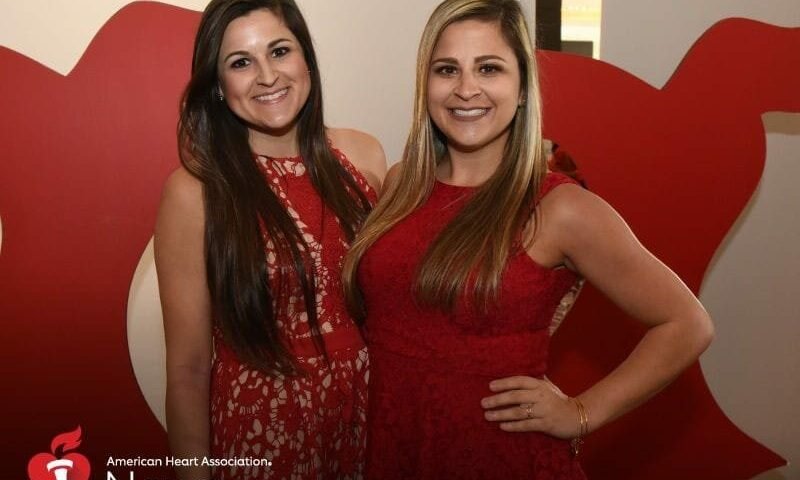 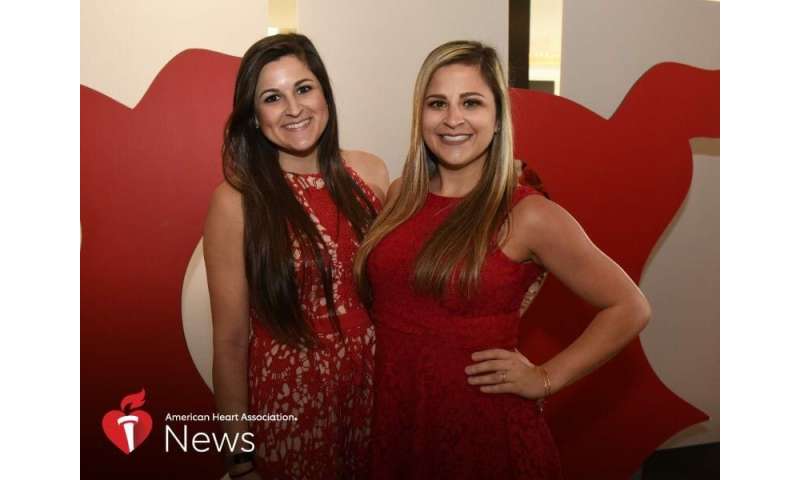 Having spent the day at a cousin’s cookout, 25-year-old Kelli Tinney and her 27-year-old sister Amanda went back to their house, turned on the television and flopped onto the couch. They eventually both fell asleep there.

Kelli awoke to a pain in the center of her chest. It quickly got worse and her breaths became shallow.

She woke up Amanda.

“Is this what your heart attack felt like?” Kelli asked.

A year before, Amanda had taken her 4-year-old son to school and headed to work as a sales assistant at a New Orleans hotel.

“Suddenly I felt really nauseous and ran to the restroom,” she said. “I started throwing up, had chills, sweats and my chest was hurting. I had shallow breathing.”

She was put on several medications but was told she could resume her routine.

“Is this really happening?” she thought. “I’m not overweight. I don’t smoke. I don’t do drugs. How does this even happen?”

And now, a year later, Kelli was wondering if the same thing was happening to her.

Amanda said it sounded different but drove Kelli to the closest hospital just to be safe.

Doctors later said Kelli did not have a heart attack. She was diagnosed with myocarditis, an inflammation of the heart muscle. Usually caused by a viral infection, it can reduce the heart’s ability to pump.

Now it was Amanda’s turn to worry about Kelli and wonder what was up with the two of them.

“This is insane,” Amanda thought. “How could two young sisters have heart issues?”

Heart disease does run in the family, starting with their mom, who had a heart attack attributed to high blood pressure when she was only 40. However, Amanda and Kelli were told there are no common threads in the heart problems the three women have endured.

A year later, Amanda was again at work when she felt the same symptoms she’d experienced during her first heart attack: nausea, lower back pain and a heavy chest.

She collapsed in the restroom and a coworker called 911.

At the hospital, she learned that the cause wasn’t a blockage. Instead, she had a myocardial bridge. In the condition, usually thought to be harmless, a segment of one of the heart’s main arteries enters the heart muscle and goes back out again instead of resting on the surface of the heart. Most people who have this condition are born with it and don’t have any symptoms.

In Amanda’s case, doctors said spasms from the myocardial bridge were causing the attacks. She now takes medication to help reduce the spasms, although she’s had two more minor heart attacks, the most recent in December.

Amanda knows the importance of fitness to her heart health, so the former high school runner has hit the road again.

“I started on the treadmill, then outside, and then I decided to run races,” Amanda said. “My cardiologist just said to not overdo it. It felt so satisfying that my body was getting what it needed, and I was getting mentally what I needed.”

“It’s been wonderful to surround myself with people who like the same thing,” Amanda said.

Kelli has had no further medical issues. She sometimes joins Amanda on runs and they occasionally do exercise videos together.

“Most young people don’t think anything like this can happen to them,” Amanda said.