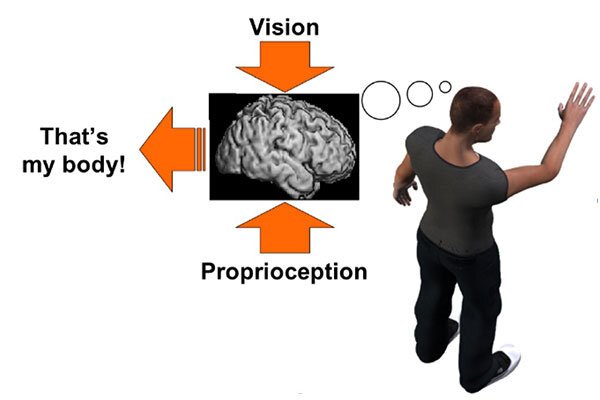 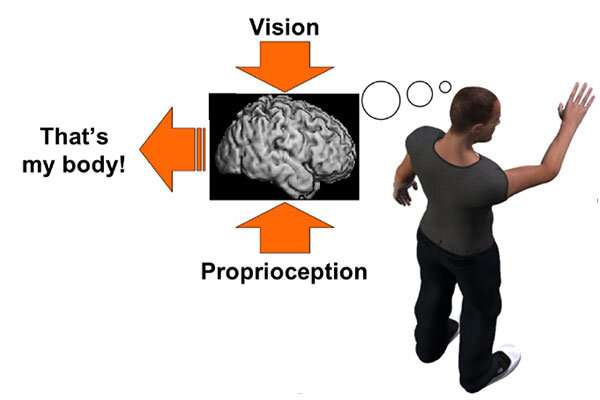 The brain tracks the location of body limbs in space. This is called proprioception or body localization. Additionally, the brain is aware of its ownership of body parts, and can can control extremities because they are sensed or felt.

However, Kazumichi Matsumiya, a researcher at Tohoku University in Japan has identified that there are, in fact, two processes underlying body awareness.

To investigate whether the processing pathway is shared between body localization and body ownership, Matsumiya used a computational model of multisensory integration processes and applied this model to a perceptual illusion in which ownership over an artificial hand is experienced.

He found that variances predicted by the model are similar to those observed in localization of the participant’s hand, but systematically diverge from those observed in ownership of the artificial hand. These findings provide strong evidence for separate processes between ownership and localization of body parts, and indicate a need to revise current models of body part ownership. 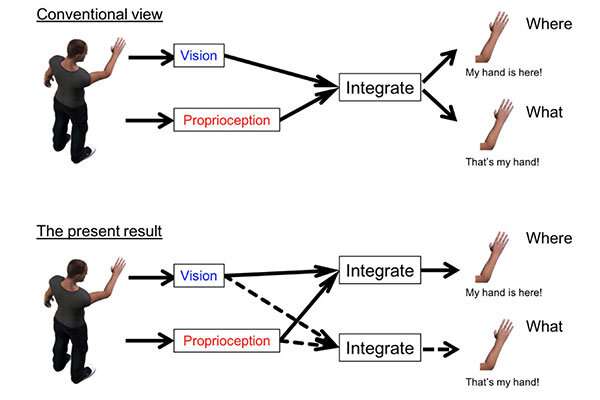 Results from this study suggest that the neural substrates for perceptual identification of one’s body parts—such as body ownership—are distinct from those underlying spatial localization of the body parts, thus implying a functional distinction between “what” and “where” in the processing of body part information.