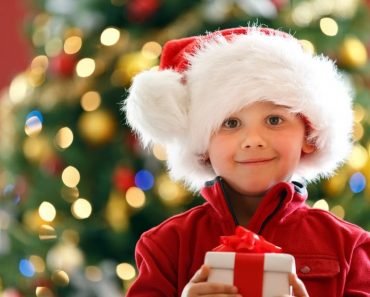 ‘Tis the season for gift-giving and for the scrooges among us to complain about the wastefulness of gift-giving. Why give gifts, they say, when people know what they want better than anyone else? Others grudgingly admit that, since gift-giving is customary, they will go along with it to avoid being a contrarian.

Many more of us are generous with our close friends and family, so we happily play along even if we question whether the custom makes anyone better off. Is every one of us a little bit of a Grinch?

Thankfully, new research suggests the answer is no. In a recent study, I found that human altruism extends beyond the material realm. That is, many of us experience “beliefs-based altruism”, which is concern for other people’s emotions and other psychological experiences beyond any material measure of well-being.

Beliefs-based altruism means we don’t give gifts only because we want people to have something that they want; we also give gifts because we want them to feel cared about, experience joy or a pleasant surprise when receiving it, or to prevent them from feeling disappointed if we fail to give anything.

This kind of altruism can apply in many other situations. When girl guides come to our doors to sell cookies, we buy them not only to support the group and because we like cookies, but also because we want the girls to feel successful and valued.

When we go Christmas carolling, it’s more important to build a warm holiday spirit than to wow the audience with our amateur singing. And when child welfare charities send us information about our particular sponsored child, it’s because they know we care about the personal impact we’re having, not just the financial bottom line.

These examples may seem obvious but, more impressively, beliefs-based altruism can trump material concerns altogether. Often when we’re asked for feedback – for example, by a friend with a screenplay – we sugarcoat our response to protect their ego, even though they would benefit in the long run from harsher criticism. Or we may fail to let our dinner date know that they have spinach in their teeth to spare them embarrassment, even if they might want to know.

But how can we be sure that a pure concern for others’ feelings is the motivation for these behaviours, instead of (or at least in addition to) our own reputations? After all, I don’t only want girl guides to feel good, I also want to be known as someone who supports them. And I don’t only want to spare my date embarrassment, I also don’t want them to think I’m mean-spirited or superficial.

It’s hard to tell beliefs-based altruism from concern for reputation, and this was the key challenge in my research. To shed light on true motivations, I asked people what would make others happy in a simple sharing game.

In this game, one person (Alice) can share part of $10 with another person (Bob). But the bank handling the transfer occasionally makes a mistake and transfers exactly $1 to Bob. So if Bob receives $1, he does not know if the $1 came from Alice or from a bank mistake. Alice can use this to hide her intentions by choosing to share $1 herself.

Participants in the study were asked whether they thought Bob would prefer to be kept in the dark about Alice’s intentions – that is, if she were either particularly generous or ungenerous. For example, if Alice is selfish and only wants to share $1.10 with Bob, would Bob be happier receiving $1 instead and staying ignorant of her intentions? Many people thought Bob would be unhappy about Alice’s selfishness and happy about her generosity.

Amazingly enough, when they played this game themselves, these people were also more likely to give either exactly $1 (thereby hiding selfishness) or exactly $5 (thereby revealing maximal generosity). Some people share $1 to hide their selfishness, but these results show that Bob’s emotions were also a genuine concern.

Economists have grown cynical about human altruism due to studies like this one that show people avoid supermarket entrances where people collecting donations for the Salvation Army are stationed. Certainly, we often avoid pressure to be altruistic, especially when it lets us maintain a reputation for kindness. But, at the same time, using a different entrance does at least save the solicitor from feeling rejected. And the same concern makes us especially generous when we do choose to be altruistic. It’s time to take a more charitable view of charitable actions.