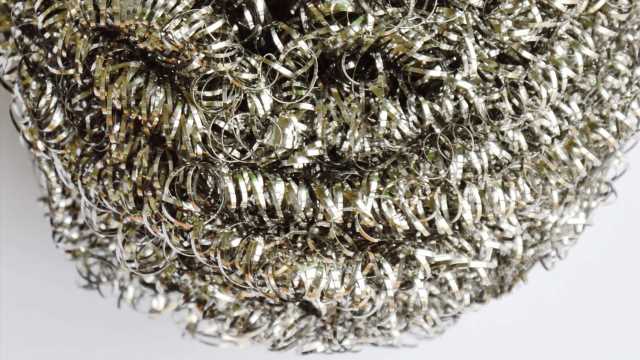 So you're in the bathroom getting ready to do some below-the-belt grooming, when you suddenly spot it—your first gray pubic hair. It's a traumatic rite of passage, one that's often unexpected. After all, you know that the hair on your head will eventually go gray; perhaps you've even spotted gray strands already.

But gray pubic hair? It can feel like a major surprise, though it's completely natural and normal, affecting "just about everyone who lives long enough," says Donnica Moore, MD, a Chester, New Jersey–based gynecologist and president of Sapphire Women's Health Group. Typically hair starts to lose pigment on your head first, but sometimes the order seems reversed if you're used to covering up head hair with dye and don't notice gray strands.

Even though going gray down below is part of Mother Nature's plan, that doesn't mean you have no say in the process. These are the factors that give you a salt and pepper look—some you have no control over, others you do—plus what to do about it.

Just as getting wrinkles and saggy skin are influenced by age, same goes for gray hair. Here's what actually happens: As you get older, your hair follicles decrease their production of melanin, the pigment responsible for creating the hair ans skin color determined by your genes.

When and how quickly you start turning into a silver fox "is very hereditary. If your family members got gray hair sooner than average, than there's a higher chance you will as well," Debra Jaliman, MD, a New York City-based dermatologist tells Health. To give you a sense of what's average, almost a quarter of the population will see 50% of the hair on their heads turn gray by age 50, says Dr. Moore.

Not consuming enough protein protein or skimping on your intake of foods with vitamin B12 can accelerate the graying process, including the hair on your private parts, says Dr. Moore. While it's not hard to meet the recommended requirement of daily protein, vitamin B12 is tricky for vegetarians and vegans to get because this nutrient is typically found in meat and poultry. Taking a supplement, however, can ensure that you meet your needs—and put the brakes on grays.

"Smoking is bad for everything in your body, and hair color is no exception," explains Dr. Moore, who says that her patients have noticed that their cigarette habit speeds up the graying process. Research has also shown a connection between smoking and seeing silvery strands before age 30.

Previous studies have linked increased stress with gray hair. A 2013 New York University study on mice found that stress decreased the number of stem cells in the base of their hair follicles. While more research needs to be done, anecdotal evidence suggests that stress can turn you into a silver fox sooner than later. Just look at any before-and-after photograph of a United States president and you'll get the point.

What you can do

Though you can't change your genes and the normal aging process, you can slow down that pigment loss by eating properly, giving up the cigarette habit, and decreasing stress factors in your life. That said, you could also embrace those gray curlies—or look into pubic hair dye (yep, it's a thing).

But dying your down-below grays comes with risks. "I personally would discourage women from doing it because we're weighing the cost-benefit ratio," says Dr. Moore. In the worst case, you might develop an allergic reaction from the dye, since the skin of your genital area is hypersensitive—especially for women in their fifties or older who are post-menopausal. Still not ready to deal with silver strands? "Limit exposure of the dye over the pubic bone area and near the labia and vulva," says Dr. Moore. Our two-cents? Own your graying pubic hair or turn the lights off and enjoy your romp regardless.