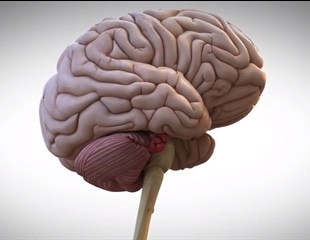 A medulloblastoma is an embryonal tumor which is most common in very young children (below 4 years) and adults above 16 years. It presents with symptoms of hydrocephalus as a result of the fluid building up within the brain because the tumor grows into the ventricles and blocks the drainage of the fluid.

It is not clear what exactly causes the emergence of a medulloblastoma. These are mostly sporadic, rather than inherited, and occur during fetal development.

The SHH subtype is the most common among the medulloblastomas, accounting for about 25% of them. Their prognosis is intermediate with a 10-year survival rate ranging between 77-51% from infants to adults.

In a medulloblastoma, mutations may occur on the long arm of chromosome 17, in one-third to one-half of cases, which converts it into an isochromosome. The mutation may lead to the loss or inactivation of the coded information on that gene.

Chromosomes generally have a short (p) arm and a long (q) arm, and the isochromosome is an abnormality in which both arms become identical because of deletion of the short arm and duplication of the long arm. This anomaly may lead to the loss of normal tumor suppressor gene activity which may promote malignant transformation of certain cells.

Tumor suppressor genes are genes which control the cell cycle and ensure that cells enter apoptosis normally, instead of proliferating in an uncontrolled fashion.

The loss of tumor suppressor gene activity may cause immature cells to remain as such without entering the normal pathway of differentiation and eventual arrest of proliferation.

Certain pathways of molecular signaling that control cell growth are disrupted by such alterations. These include the wnt, SHH and the myc pathways. These may allow rapid and unregulated multiplication of immature cells leading to the formation of a tumor.

These pathways have been profiled using markers of transcription in medulloblastoma, based upon their mRNA expression, and the corresponding subtypes of medulloblastoma include:

The SHH subtype is associated with upregulation of the SHH signaling gene family, which is essential for normal cerebellar development and function. The reason for activation of this pathway is not always known, but in some cases it is due to mutations or gene amplifications of the genes for Patched (PTCH) and Smoothened (SMO) membrane proteins, for the cytoplasmic regulatory gene Suppressor of Fused (SUFU), or for transcription factors such as GLI1 or GLI2, or the SHH receptor, which form part of this pathway.

Amplification and overexpression of microRNAs such as miR-17/92 has also been looked at for targeting SHH signaling via the N-myc pathway. This in turn causes the proliferation of cerebellar granule neural precursors (CGNPs) which is thought to be the cell from which some of these medulloblastomas arise, by driving proliferation in combination with exogenous SHH stimulation.

Other chromosomal abnormalities in medulloblastoma patients include chromosomes I, 7, 8, 9, 10q, 11 and 16. In a tenth of all cases, it is associated with genetic syndromes and chromosomal anomalies or mutations in germline genes. Some of these are the Gorlin syndrome associated with the later development of nevoid basal cell carcinomas, Turcot syndrome, Li Fraumeni syndrome and Rubinstein-Taybi syndrome, as well as neurofibromatosis and ataxia telangiectasia.

Other risk factors include age: most SHH medulloblastomas occur before the age of 4 and after the age of 16 years.