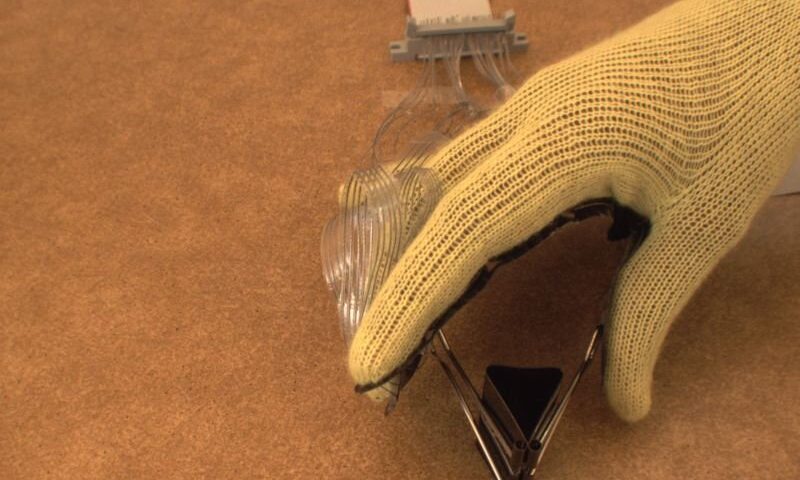 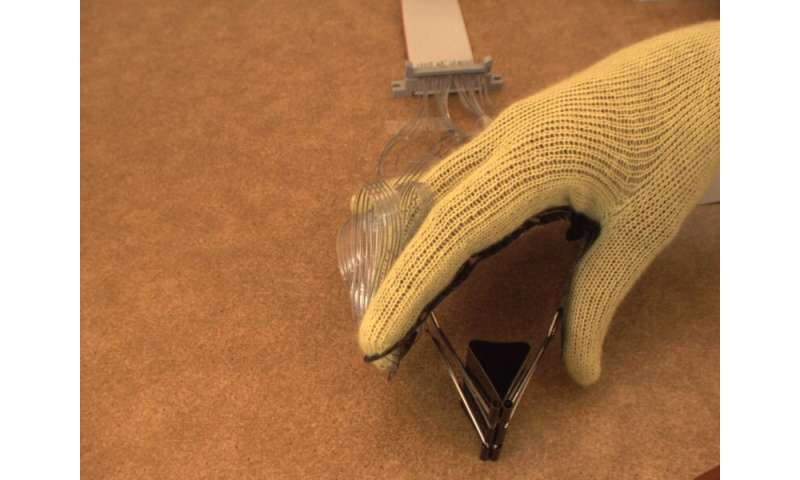 (HealthDay)—Holding an egg is a lot different from holding an apple or a tomato, and humans are naturally able to adjust their grip to avoid crushing or dropping each object.

Artificial hands installed on prosthetic limbs and robots don’t have that natural ability—yet.

An inexpensive, sensor-laden glove could lay the groundwork for advanced prosthetic hands that are better able to grasp and manipulate day-to-day objects, Massachusetts Institute of Technology researchers report.

The glove costs just $10 but contains a network of 548 sensors that gather detailed information about objects being manipulated by the hand inside the glove, they said.

Using the glove, the researchers are creating “tactile maps” that could be used to improve the dexterity of artificial hands, said lead scientist Subramanian Sundaram, a postdoctoral researcher at MIT.

“You can look at these tactile maps and begin to understand what kind of objects you’re interacting with. We also show you can use these tactile maps to estimate the weight of the object you’re carrying,” Sundaram said. “We can clearly unravel or quantify how the different regions of the hand come together to perform a grasping task.”

Sundaram and his colleagues developed the glove to help improve the fine motor skills of robot hands.

“This has really been a grand challenge in all of robotics—how do you build dexterous robots, robots that can manipulate objects much in the way humans do?” Sundaram said.

Their solution involves a simple knitted glove that has a force-sensitive film applied along the touching surfaces of the palm and fingers, feeding data to hundreds of sensors.

Researchers wearing the glove interacted with a set of 26 different objects with a single hand for more than five hours, creating a huge amount of tactile data.

They then fed the data into a computer, training it to identify each object from the way it was held.

“We can look at a collective set of interactions and we can say with generality how different regions of the hand are used together,” Sundaram said. “You can understand how likely you are to use each region in combination with the others to grasp an object.”

Using this data, robots fitted with similar sensors could be taught to handle and manipulate fine objects without squeezing them too hard or handling them with butterfingers, Sundaram said.

But the data from these gloves also could be used to vastly improve the intelligence of prosthetic hands, said David Putrino, director of rehabilitation innovation for the Mount Sinai Health System in New York City.

“When you look at this technology, the first thing that pops to mind is this is an extraordinarily low-cost training platform for creating a repository of grip strategies,” said Putrino, who wasn’t involved with the study.

As recently as five years ago, this sort of technology would cost hundreds of thousands of dollars, he noted.

“What these guys have achieved is an order-of-magnitude drop in the cost of what they can do with these flexible, stitched in electrodes, so it’s very exciting,” Putrino said.

It would probably be too much to expect a person to deal with all of the feedback from a prosthetic hand fitted with the same amount of sensors as the glove, Putrino said.

“Given how many sensors that they have, it would be like learning a very complicated language,” he said.

However, such data from the gloves could be used to install prosthetic hands with programs designed to grasp different objects in the most sensitive and effective way, Putrino said.

A person could either use voice commands to tell their hand what they plan to grasp, or the hand could be fitted with a camera that automatically recognizes different objects about to be grabbed, Putrino said.

“You could have this whole repository of grasping and hand-posturing profiles for every scenario you can think of,” Putrino said.