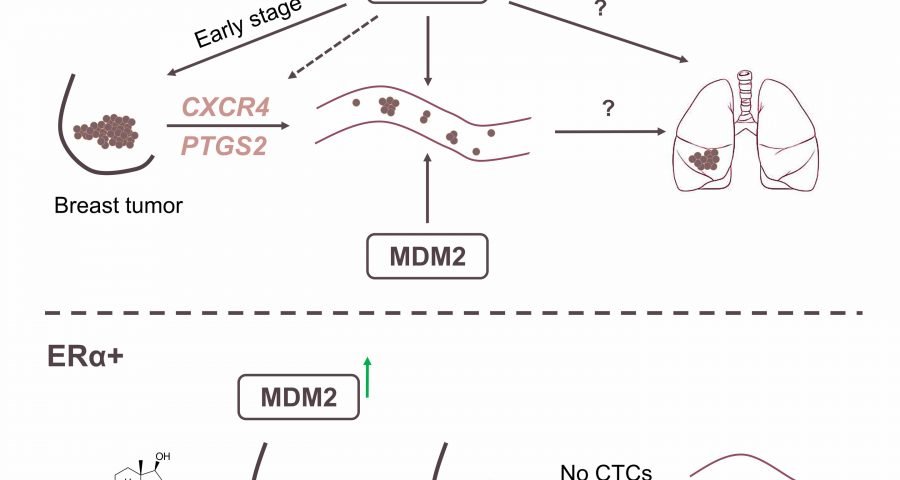 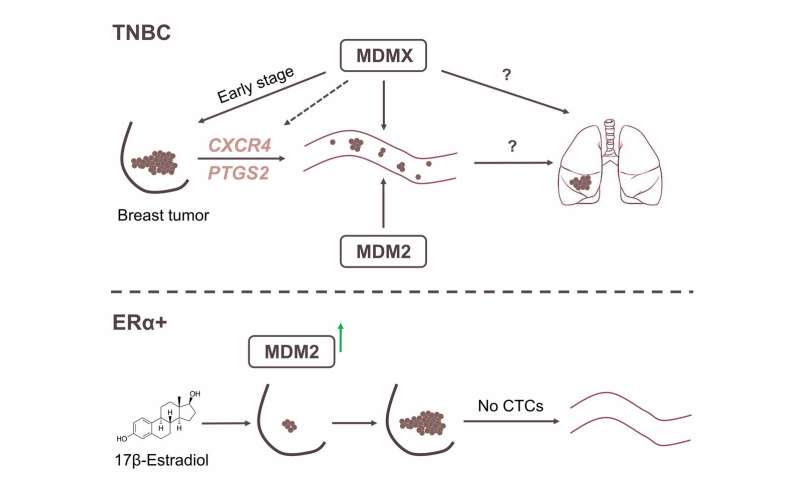 The MDMX and MDM2 proteins play critical roles in keeping the tumor-suppressing protein p53 from damaging the production of healthy cells. But researchers have also found a causal connection between overexpression of MDMX and MDM2 and breast cancer. Now, in a newly published paper in the journal Breast Cancer Research, scientists at The Graduate Center of The City University of New York and Hunter College are the first to report that MDMX promotes metastasis of triple-negative breast cancer—one of the most aggressive forms of the disease, and one that is more prevalent in young women and women of color. The researchers also were able to duplicate early findings from other scientists who showed that MDM2 promotes metastasis of triple negative breast cancer.

“Triple-negative breast cancer metastasizes more often, so it’s one of most deadly forms of this disease,” said Graduate Center and Hunter College Professor Jill Bargonetti, whose lab conducted the research. “With this research, we now know that the MDMX protein may be one of the drivers that makes this form of cancer so aggressive, and we can potentially look at targeting this and the MDM2 protein to prevent these cancers from spreading.”