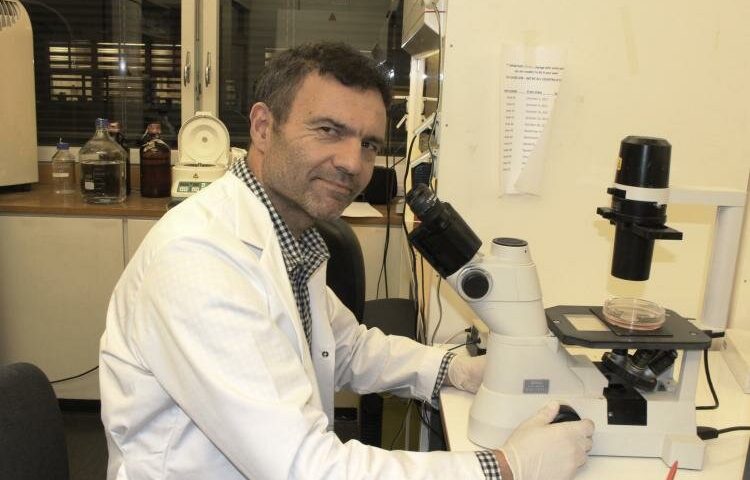 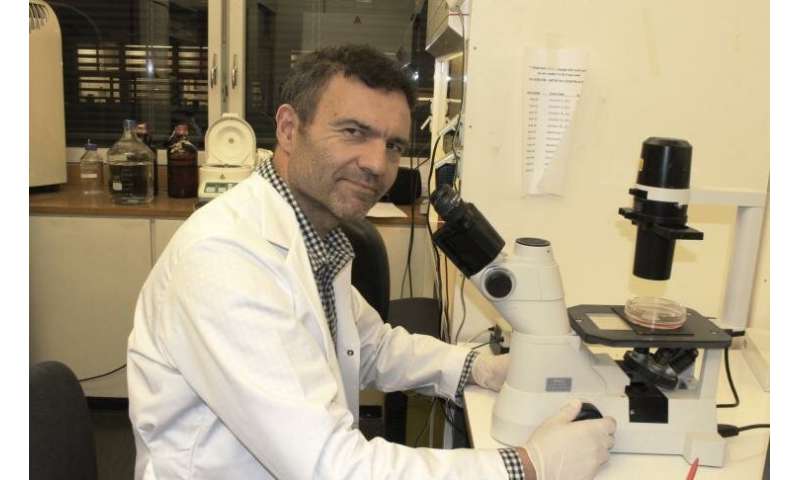 Professor Fahri Saatcioglu at University of Oslo’s Department of Biosciences (IBV) heads a research group investigating how androgens – male sex hormones – affect the risk of being affected by prostate cancer. The researchers have been working extensively in the study of what is called intracellular signaling pathways in prostate cancer cells, and this basic research has now given promising results. The scientific article that represents the results was published on January 24 in the highly regarded journal Nature Communications.

“We think that what we found is really exciting. We have shown that a new small molecule drug called MKC8866 has very good effect on the growth of prostate cancer cells both in cell culture and in animal experiments, and we are already planning clinical trials with humans. We expect these trials to be carried out in Scandinavia and Western Europe,” says Saatcioglu.

Prostate cancer is the most common form of cancer in men in Western countries. There are approximately 1.1 million new cases around the world per year, and approx. 310,000 die from prostate cancer (GLOBOCAN). There was over four times the incidence of prostate cancer in 2017 as in the 1950s, but at the same time, the treatments have been improving, so many more live longer, and die with, rather than of, prostate cancer. Nevertheless, more effective treatments are urgently needed.

The drug MKC8866 is a small molecule belonging to a group of substances called hydroxy-aryl-aldehydes. It has been developed by the originally US-based biotech company MannKind Corporation, which has screened a total of about 200,000 chemical substances to find MKC8866. Professor Saatcioglus’s research group has documented that MKC8866 counteracts the growth of prostate cancer tumors and shown that it interferes with a kind of chain reaction – a signaling pathway – that is associated with the cells’ stress response.

“All cells in the body can experience different forms of stress from time to time, and the cancer cells are under extra stress because they have to grow fast while having trouble getting enough oxygen and nutrients. Therefore, the cancer cells “hijack” the normal cells’ stress response mechanisms and use these for their own benefit to survive. We have found a way to block this ‘hijacking’ and thus the cancer cells can no longer cope. So they die,” says Saatcioglu.

The intracellular signaling pathway that is central to the new discovery is linked to the endoplasmic reticulum of the cells. This is a small cell organ, an organelle, which consists of a network of small membranes inside the cells. Many of the cell’s biochemical processes take place in these membranes.

Professor Saatcioglu and an international group of research partners demonstrated in 2015 both one signal path that is activated and another that is inhibited in prostate cancer cells, thus they began to study the activated signal path—with the term IRE1. It has not previously been known that this signal path has a function in the development of prostate cancer, but the IBV researchers soon found that it is particularly important for the activation of an oncoprotein—a protein that was earlier found to have an important role in prostate cancer—termed c-MYC.

“Now we have used MKC8866, which was developed for other purposes, and shown that it inhibits the signal pathway and oncoprotein activation. Thus, it also inhibits the growth of prostate cancer tumors both in vitro—cell culture—and in vivo—in mouse prostate cancer models,” Saatcioglu says.

From basic research to the clinic

“This progress is a result of basic and translational research that has been going on for about 10 years,” says Saatcioglu. Translation research is a type of medical research that aims to translate knowledge from basic research into practical application in patient treatment.

“There is a lot of effort by many people internationally over many years that is behind these findings. I would like to take this opportunity to thank all the students, employees and partners who have participated in various parts of this and the organizations that have supported us financially. If we succeed in the clinical trials, and I think we have good chances, we can have a new medicine developed in about five or six years,” he adds.

Professor Saatcioglu says that there are several reasons why the incidence of prostate cancer in Norway and other western countries has increased sharply since the 1950s. One of the important reasons is that we live longer, and prostate cancer is primarily a disease that affects older men. Almost half of all new cases occur among men over the age of 74, according to the Norwegian Cancer Registry.

But the Western lifestyle and diet are also of great importance, says Saatcioglu.