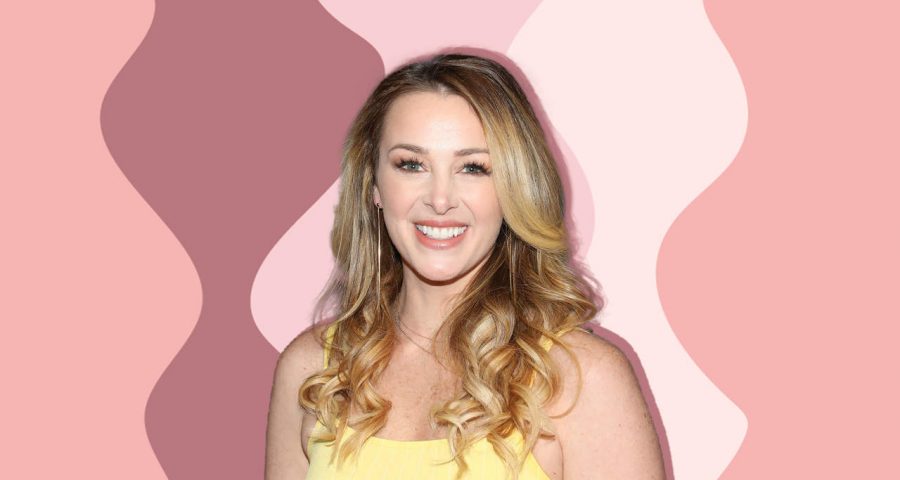 The Bachelor alum Jamie Otis has been documenting every stage of her pregnancy on social media since she first revealed she was expecting in September—after 18 months of trying and two baby losses.

This week, Otis shared different news: She was recently diagnosed with human papillomavirus (HPV) and has cervical dysplasia, she revealed on Instagram.

“I went to the doc and heard my pap was bad & I have HPV,” the 33-year-old wrote in the caption, posted alongside a sweet family photo of her with her husband, Doug Hehner, and their two-year-old daughter, Henley Grace.

“Although it sounds like an STD and I should freak the F out, I know this is somewhat common and not to be overly worried about. I was scheduled to have a colposcopy just to take a better look at the skin cells in my vagina. Also, not really a big deal if the doctor doesn’t see dysplasia… if she does then it could be a sign of early cancer.”

It wasn't an early sign of cancer—but the colposcopy revealed something. The doc did see dysplasia and told Otis that because she’s pregnant (17 weeks), they won’t perform a biopsy until after she’s given birth. (A colposcopy is a magnifying device that helps a doctor see the cervix, and if something looks abnormal, a biopsy is typically done, according to the American College of Obstetricians and Gynecologists.)

I have a rainbow baby in my arms & a rainbow baby in my belly.????I’ve never felt more *BLESSED*!???…and the way Gracie girl is hugging her baby brother in the last two pics.? #meltmyheart ? • In other news, I went to the doc and heard my pap was bad & I have HPV. Although it sounds like an STD and I should freak the F out, I know this is somewhat common and not to be overly worried about. I was scheduled to have a colposcopy just to take a better look at the skin cells in my vagina.?Also, not really a big deal as long as the doc doesn’t see dysplasia…if she does then it could be a sign of early cancer.? I took a video while I was at the doctors getting the colposcopy-I put the link to our @hotmarriagecoolparents YouTube page in my bio if you wanna watch. At that point I didn’t know whether to worry or not. It could be absolutely nothing. • Buuut, I got the call today saying that my doc did see dysplasia & since I’m pregnant we will have to wait to biopsy my cervix until after I have the baby. • My head’s been all over the place. Thoughts go from “I’m sure I’m fine. I had this with Gracie too.” But then I can’t help but wonder, “What if?!”? • I’ve had two friends reach out to me. One was like, “oh you’ll be fine. So many friends had this.”?? Another said, “I may have to have a hysterectomy after they found that in me bc I have actual cancer now.”? • So I just have to wait until after I have the baby to really know what’s going on inside me, but I’m just putting the positive vibes out there & praying & being so THANKFUL for my health.?? • I couldn’t help but think about all the women who are pregnant and find out super scary news like they actually do have cancer or a fatal disease and they’re left with the tough decision: treat yourself while pregnant to save your life but risk losing the baby OR take your chances and postpone treatment to save your baby.? I cannot even imagine having to make that decision.? My heart goes out to those mamas. If you’re one of them, I’m sending you SO MUCH LOVE.? • • • #rainbowbaby #pregnancyupdate #secondtrimester #pregnancystyle #bump #pregnancy #pregnantbelly #pregnancyafterloss #preggo

If you’re thinking, Um, I thought HPV is an STD, you’re right. In fact, it’s the most common sexually transmitted infection in the United States, per the Centers for Disease Control and Prevention.

There are two classifications of HPV, Christine Greves, MD, an ob-gyn at Orlando Health in Florida, tells Health. One is a low-risk type that causes genital warts, and the other is higher-risk and can lead to precancer and cancer. Otis doesn't get into too much detail, but presumably she was diagnosed with a higher-risk type of HPV.

So where does dysplasia come in? “Cervical dysplasia is a precancerous condition, which is usually detected from an abnormal Pap test and tissue evaluation via a colposcopy,” explains Dr. Greves.

The treatment for cervical dysplasia depends on how severe it is. “There are different degrees of it,” says Dr. Greves. “More severe cases may require an excisional procedure, such as a LEEP (loop electrosurgical excision procedure) or a cone biopsy, which removes the superficial cells that are affected by dysplasia from the cervix.”

Removing the precancerous cells prevents cervical cancer, according to Planned Parenthood. If cervical dysplasia is at a less severe level, doctors might opt for a watch and wait approach, since the condition can clear up on its own without medical intervention.

Otis went on to say that she took a video while she was at the doctor and shared it to her YouTube page, Hot Marriage. Cool Parents. With Doug & Jamie, adding, “At that point I didn’t know whether to worry or not. It could be absolutely nothing.”

“My head’s been all over the place,” Otis admitted. “Thoughts go from ‘I’m sure I’m fine. I had this with Gracie too. But then I can’t help but wonder, what if?!”

On her vlog, Otis said she was “putting positive vibes out there that there’s no issue,” and asked her fans to do the same. “If you want to throw a prayer out for me, I wouldn’t hate that,” she said. “I would actually really appreciate it.”

To get our top sexual health stories delivered to your inbox, sign up for the Health Hookup newsletter