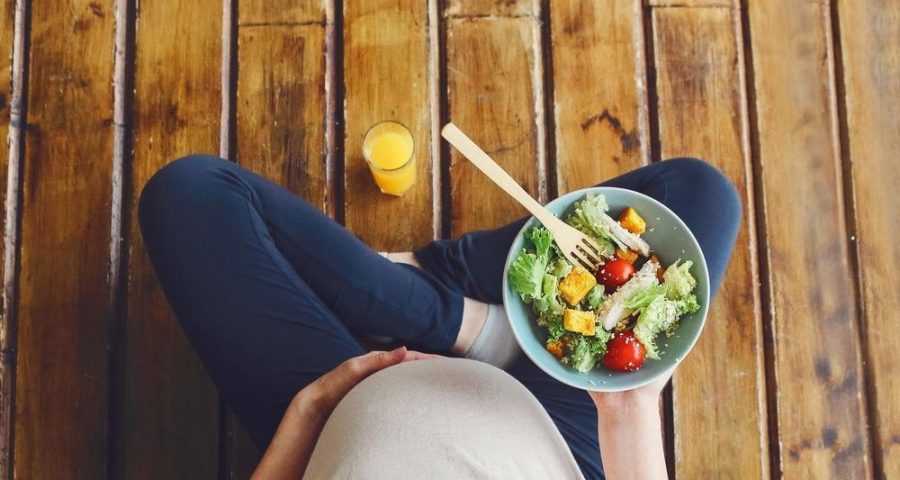 Some studies have shown that dietary pattern has a significant effect on fertility. Of particular importance are certain vitamins and fats. However, much remains to be elucidated, and further research on the most promising results is needed to establish or debunk these findings.

Having a baby is often a great desire of human couples. As such, every factor that could potentially alter the chances of fertility assumes importance, especially as up to a quarter of couples in Western nations do not conceive within 12 months of unprotected intercourse at regular intervals. If miscarriages and other disruptions of pregnancy are considered, this figure doubles.

The modern medical answer to this issue is the use of assisted reproductive technologies (ART), in developed nations. These have risen almost fourfold in two decades, but the results in terms of live births have not been commensurate.

This has given urgency to the quest to find modifiable fertility factors. Since nutrition is related to weight problems as well as abnormal metabolism, it is an important topic in preconceptional care.

Folic acid and vitamin B12 play a positive role in conception and live birth rates following ART. In addition to reducing the risk of neural tube defects in the fetus at a dose of 1500 mcg per day, folic acid shows even more of a benefit in live birth rates at higher doses, especially when coupled with B12.

Folates are coenzymes that take part in the synthesis and methylation of DNA as well as protein synthesis. In its deficiency, homocysteine may build up, causing epigenetic changes via methylation. These changes alter embryonic development, X chromosome inactivation and chromosome stability, as well as genomic imprinting, and are heritable, without altering the DNA sequence.

Vitamin D has not been found to affect fertility at the levels of supplementation usually employed.

Though fats are present in some dairy products, the role of such foods is unknown, as is that of meat.

Carbohydrate consumption has been linked in some cases to ovulatory ill-health, and conversely, correcting glucose metabolism in women with PCOS has caused ovulatory function to be restored, with the return of fertility.

Earlier, soy and isoflavones were considered to hinder conception, but recently it has been demonstrated that fertility rates do not decline in couples with a higher soy intake. In fact, isoflavone may boost live birth rates after ART.

More animal and less vegetable protein intake were linked to lower or higher pregnancy rates due to ovulatory factors, respectively, in women aged 32 years or more.

Overall, diets usually considered healthy are linked to higher fertility and live birth rates after ART, with the opposite effects being seen with poor-quality diets. Too much carbohydrate, fats, proteins or vitamins may delay or inhibit ovulation, perhaps by affecting oocyte maturation as well as embryo quality and implantation.

Women on Mediterranean-type diets show a shorter time to conception and higher conception rates with ART. Nutrition is thus key to conception, and more fish, legumes, and vegetables, olive oil, unprocessed grains and red wine, with fewer carbohydrates, showed red cell folate and blood vitamin B6 levels to be higher.

Some scientists found that this was linked to a 40% increase in pregnancy rates using intracytoplasmic sperm injection (ICSI), as was ingesting more omega-3 polyunsaturated fatty acids, like docosahexaenoic acid (DHA),

The intake of large amounts of caffeine or alcohol is not consistently associated with decreased fertility, but it is difficult to study these effects since these substances should not be administered in a randomized controlled trial, for obvious ethical reasons.

Bodyweight affects fertility in women, and women with a non-ideal body mass appear to prolong the time to conception. Both over- and underweight women have a lower pregnancy rate, higher gonadotropin levels and a greater miscarriage risk. This is linked to poor ovulatory function.

Further support is provided by the observation that eating disorders are known to be associated with amenorrhea, infertility and miscarriage. On the other hand, overweight women are at risk for insulin resistance, with hyperinsulinemia and hyperandrogenemia. This leads to abnormal metabolism in adipose tissue.

With excessive body weight, androgens are over-produced in the ovarian theca cells, while fat metabolism is hyperactive. This causes central deposition of fat, or visceral adiposity, along with an abnormal blood lipid pattern. This triggers a vicious cycle of more central adiposity and resulting hyperinsulinism, causing further deteriorations in the metabolic pathways.

This could also be implicated in polycystic ovarian syndrome (PCOS), found in up to one in five women of reproductive age. Both high insulin levels and insulin resistance are found here, and gonadotropins are also often altered.

Fatty tissue is also key to cytokine production since many of them are derived from molecules like arachidonic acid. Cytokines are required for cell proliferation and differentiation of follicular cells, as well as for oocyte survival and atresia.

Leptin is another hormone involved in the development and function of the corpus luteum, inducing further estrogen synthesis from luteinized granulosa cells, and damping progesterone synthesis in the insulin-activated theca cells.  High leptin levels are found in infertile obese women, reflecting the disordered metabolic state.

The resulting aberrations in hormonal and cytokine levels may cause ovulatory dysfunction and anovulation, leading to miscarriages and infertility. Even when there is no evidence of ovulatory disorders, overweight women typically show a poorer response to ART and take more time to conceive.

Scientists agree that a healthy diet, with adequate antioxidant levels, control of body weight, and moderate regular physical exercise, could reduce the risk of ovulatory infertility by almost 70%, according to some estimates. Some idiopathic infertility could also be alleviated by dietary antioxidant intake. Folate supplementation at levels beyond that recommended today also appears to be helpful.

“In this context, the association of MedDiet [Mediterranean Diet] with antioxidants compounds and 1-CC support appears suitable to improve women's fertility.”

The diet which promotes female fertility could thus be described as including plant vegetable protein, whole milk and its products, folate, iron, and monounsaturated fats. When this is the preconceptional norm, the risk of ovulatory infertility was 66% lower, and other infertility 27% lower, compared to women who had the lowest adherence to this pattern of eating, even after compensating for smoking, caffeine, body mass index, alcohol intake, and oral contraceptive use.

Panth et al. (2018) indicated that “Population attributable risk calculations based on this sample suggest that not following the “fertility diet” was the attributable factor in 46% of cases of infertility, which was higher than all other independent risk factors.“  There is evidence to show that correcting dietary patterns provides as much benefit, if not more, as reducing weight and taking exercise, as far as fertility is concerned.

Antioxidant supplements are prescribed in abundance and see high sales, but again, a healthy diet, with more poultry and fish intake, unprocessed grains, fruits and vegetables, or the Mediterranean diet, is associated with better semen quality. Again, low saturated and trans fat intake, and less red and processed meat, along with low intake of potatoes and other high-carb foods, sweetened foods and beverages, improve semen quality.

However, more research is required to establish whether this correlates with increased fertility, as so far, semen quality has not been found to be a good fertility predictor.

“While a complete picture of the role of nutrition on fertility is far from complete, much progress has been made. Future efforts should concentrate on solidifying emerging evidence and jointly considering female and male diets.”