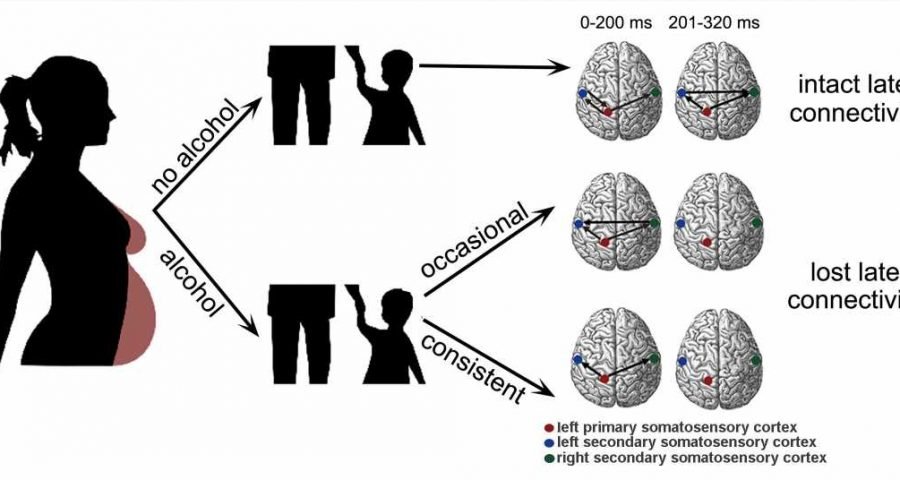 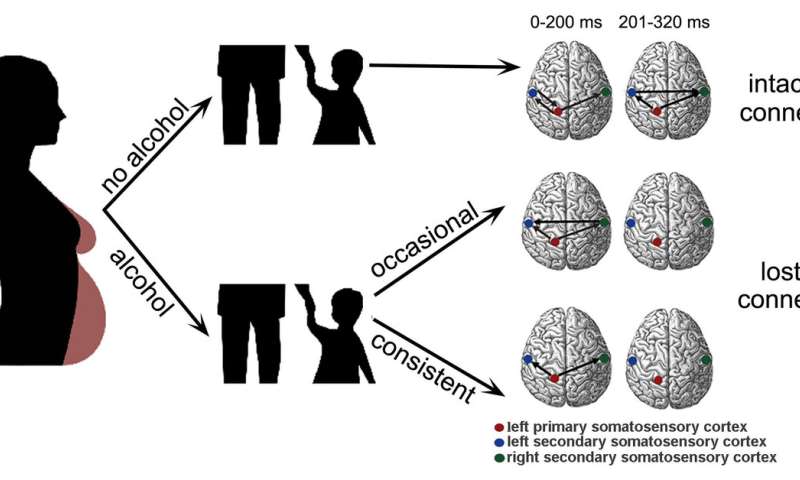 An international group of researchers has taken one of the first major steps in finding the biological changes in the brain that drive fetal alcohol spectrum disorder (FASD). New work using chaos theory to analyze brain signals, discussed this month in the journal Chaos, shows the long-term effects.

Researchers found that teenagers who were exposed to alcohol while in the womb showed altered brain connections that were consistent with impaired cognitive performance. Their findings were reached by measuring the responses from a brain imaging technique called magnetoencephalography (MEG) and then analyzing them with tools developed using chaos theory.

FASD is one of the leading causes of intellectual disability worldwide and is linked to a wide array of neurological issues, including ADHD. While the prevailing theory links expectant mothers’ alcohol consumption to cognitive impairments for children, questions about the extent of this effect remain. Despite the known link, researchers are uncertain about the precise mechanism by which alcohol alters the developing brain.

The group’s efforts mark one of the first times researchers have been able to quantify the effects of alcohol exposure on the developing brain.

“The paper provides important integrative results for the field of FASD,” said Julia Stephen, an author on the paper. “These results may then indicate that simple sensory measures may provide sensitivity for brain deficits that affect the broader cognitive domain.”

Previous attempts to study the brain circuitry in affected individuals have been hampered by the difficulty of drawing conclusions from complicated MEG data.

To get to the heart of the problem, members of the team developed a sophisticated computer technique called Cortical Start Spatio-Temporal multidipole analysis that could identify which areas of the brain were active when research subjects were in the MEG machine.

After data from 19 FASD patients and 21 subjects without FASD was collected, the computational approach revealed several areas of the brain that showed impaired connectivity among the FASD group.

Subjects who were exposed to alcohol in the womb were more likely to have issues with connections through their corpus callosum, the band of brain tissue that connects the left and right halves of the brain. Deficits in this area have been reported in people with schizophrenia, multiple sclerosis, autism, depression and abnormalities in sensation.

“This work presents major evidence that children exposed to alcohol prenatally are at risk of suffering from impaired cognitive abilities and other secondary factors,” said Lin Gao, an author on the paper. “Our study … shows that there is no safe amount or safe stages during pregnancy for alcohol consumption.”