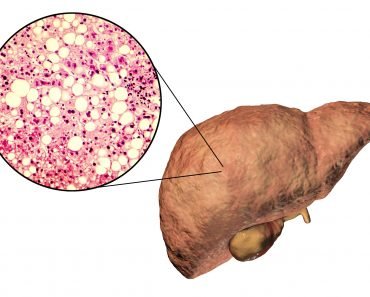 A new study by Keck School of Medicine of USC researchers shows there’s yet another reason to avoid a high fat, high cholesterol diet: It can trigger changes in the immune system that lead to a serious form of non-alcoholic fatty liver disease (NAFLD) known as non-alcoholic steatohepatitis (NASH).

NAFLD is one of the most common causes of liver disease in the United States, and an estimated 20 percent of people with NAFLD have NASH. NASH can eventually progress to cirrhosis or liver cancer, especially in those with obesity or Type 2 diabetes. Patients with NAFLD are also at an increased risk of cardiovascular disease.

“Despite its increasing prevalence and burden to the health care system, there are currently no U.S. Food and Drug Administration-approved therapies for non-alcoholic fatty liver disease,” says the study’s corresponding author, Hugo Rosen, MD, professor and chair of the Department of Medicine at the Keck School. “There’s an urgent need to better understand the causes of non-alcoholic fatty liver disease progression so that successful therapeutics can be designed and brought into clinical practice.”

The study, published in Hepatology, illuminates how a toxic combination of dietary fat and cholesterol impacts the behavior of macrophages, a type of white blood cell, in the liver. Using a mouse model, the study details the cascade of events in the immune system that eventually leads to the type of liver inflammation and scarring that is commonly seen in patients with NASH.

After feeding mice diets with varying levels of fat and cholesterol, the team found that the combination of both had a synergistically detrimental action on the genes regulating liver inflammation and scarring. Oxidized low-density lipoprotein cholesterol, in particular, directly altered gene expression in both human and mouse macrophages associated with inflammation and scar formation.

The group also identified a novel type of reparative macrophage that counteracts the inflammation.