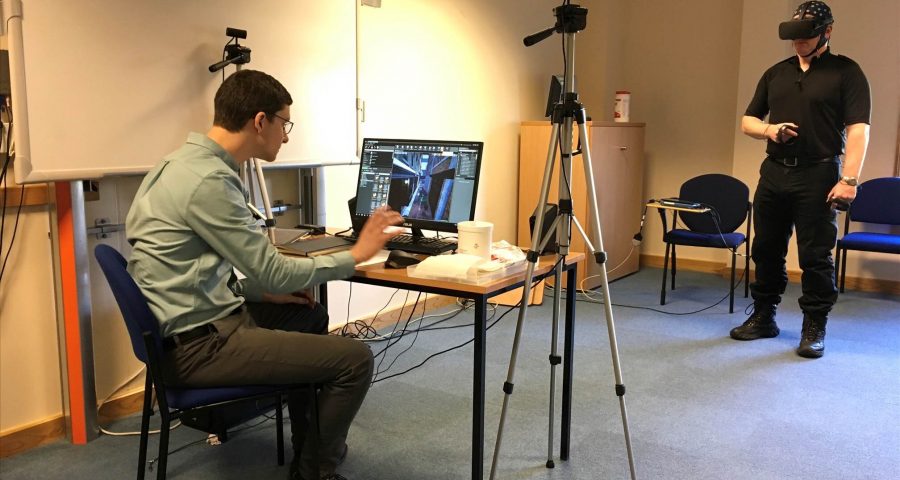 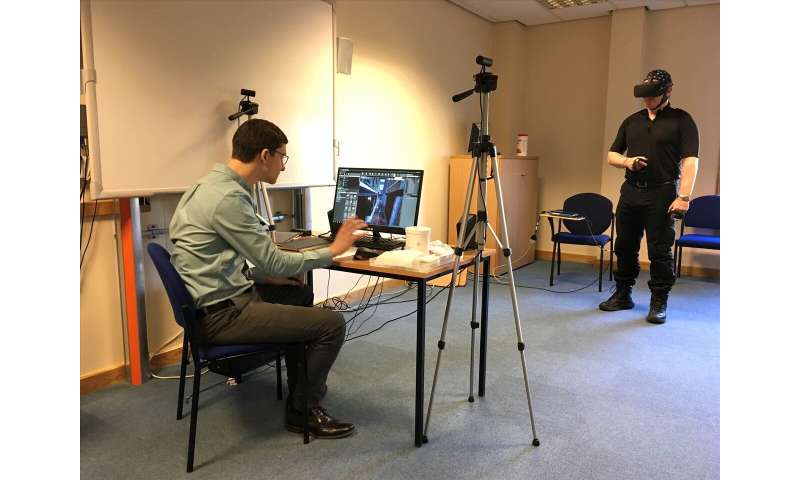 An investigation into how authorised firearms police officers (AFOs) make decisions in high stress situations is being carried out by researchers from Aston University and University of Nottingham in partnership with Durham Constabulary and Cleveland Police.

The investigation uses EEG equipment and high stress scenarios in Virtual Reality to test the brain activity of police officers when having to make decisions around using tasers and firearms. The results of this study could help inform the way all firearms police officers are trained in the future.

The police force and its officers carry huge responsibilities, where optimal decision making is expected in many dangerous and high stress situations, with the variety of scenarios and threats ever increasing.

Klaus Kessler, Professor of Cognitive Neuroscience, Aston University said: “It is important that we understand the decision making process of firearms officers and the effect of stress on these processes, because of the scrutiny and lasting personal and socio-political impact of these decisions.

“This investigation looks in detail at the brain activity of police officers while they respond to different scenarios in a virtual reality environment. In our pilot study we found it takes more effort reflected by a more pronounced brain activity signature to make a decision not to shoot in a high stress environment.”

Based on these preliminary findings, the researchers will conduct a more sophisticated study over the summer using more complex VR scenarios to make each situation more unique.

AFOs will be “transported” to a virtual environment, e.g. a back alley, or a warehouse, being informed that they have been “called out” because of a male behaving suspiciously, possibly carrying a weapon.

The potential perpetrators will behave more ambiguously (e.g. grabbing a wallet or a weapon) and AFOs will have to make more complex decisions. In addition we will induce physiological stress for half of the VR scenarios to investigate how stress changes decisions and the associate brain correlates.

Longer term we aim to support the police with VR training scenarios that enable insights into what distinguishes between good and bad decisions based on behaviour and outcomes as well as on brain activity patterns.

Shaun Beebe, former police officer and Head of Operations for the Faculty of Science and School of Physics and Astronomy, University of Nottingham, initiated the idea for the research based on his time in the police force:

“As a serving Police officer, I was interested in how people make decisions under stress, often under incredible constraints and time pressures, factors that often applied to my own operations.

“At the University of Nottingham, I have been impressed by their medical imaging facilities many of which involved cutting-edge neuroscience studies. So we decided to see if we could combine virtual reality and neuro-imaging to better understand how the brain functions under these difficult conditions.

“Durham Constabulary and Cleveland Police have been brilliant collaborators throughout the project and we really hope that the results will help them demonstrate how training supports officers to make better decisions at these critical times, with the ultimate aim of improving their approaches to protecting the public.”

Assistant chief constable Dave Orford, Durham Constabulary said: “It is important to remember that those police officers who carry firearms are all volunteers, who we ask to put themselves in danger to protect the public.

“Often, they do so in circumstances where they are working with little or contradictory information and their split second decisions can be unpicked and analysed over years to come.

“The vast majority of the time, officers get it right and save many, many lives. But there are times when the decisions they take could be hard to understand for someone who has never been subject to that level of stress.