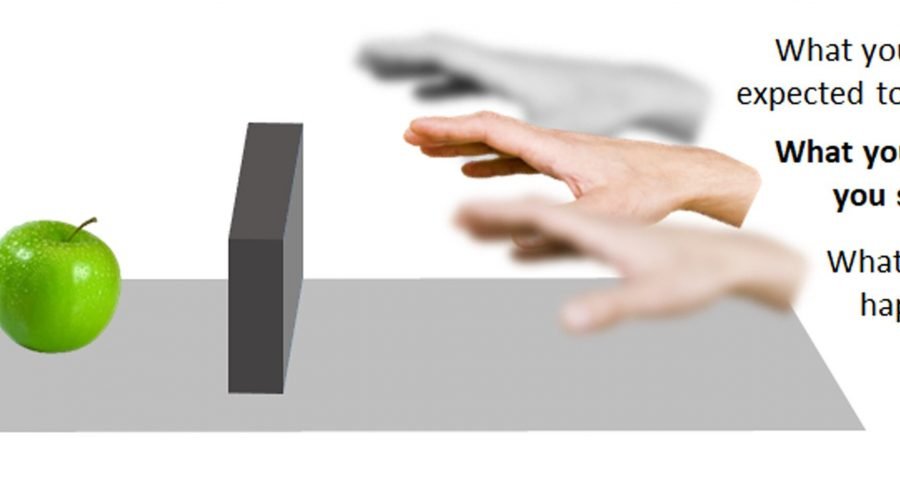 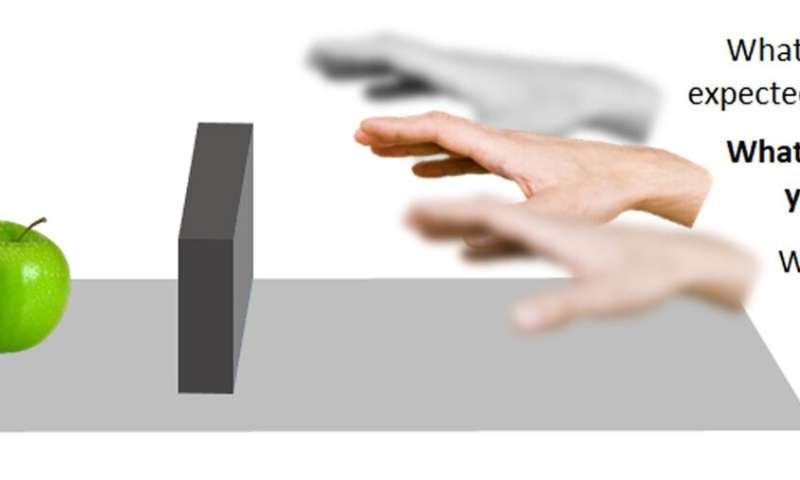 Have you ever noticed how easily people can see the meaning in other’s behaviour? We seem to intuitively know why our child drags us towards the shop window, why our friend steers clear of the spider, or why our partner hands us a drink after a workout.

Sometimes, however, this tendency leads us to cling to our false judgments about others and new research, published in Scientific Reports, may go some way to explaining why.

The study was conducted by academics in the School of Psychology at the University of Plymouth, and is based on earlier research showing the way humans “see” the actions of others is slightly distorted by their expectations.

The new study shows these changes really reflect the intentions we attribute to others, and specifically happen when watching people but not other objects.

For the study, participants watched brief videos of an actor starting to reach either straight for an object or making an arched reach over an obstacle. Before the action was complete, the hand suddenly disappeared, and participants identified the point on the touch screen where they last saw it.

The trick was that in some trials, the hand made an arched reach even though there was no obstacle or started to reach straight even though an obstacle was in the way, so that it would knock into it. In other words, what people saw was clearly in conflict with their expectations about how people typically act.

As in the authors’ earlier work, the results showed people were able to judge the expected actions accurately. The perception of unexpected ones was, however, subtly coloured by their expectations.

For unexpected straight reaches, people reported the hand disappeared slightly higher than it really did, as if they “saw” it start to avoid the obstacle even though it clearly did not.

Similarly, if there was no obstacle to avoid, high arched reaches were reported slightly lower, as if people saw a straighter action than was really shown. In other words, people tended to see the actions as they expected, but not as they really were.

The question was what would happen in another group of participants that did not watch moving hands, but balls—objects to which no goals are typically attributed, and certainly no tendencies to avoid obstacles. When these participants reported what they had seen, they did not make these mis-judgments, particularly when the ball did not move in a biological, human-like way.

The new results therefore show that it is really the intentions we attribute to other people—but not objects—that lead us to mis-perceive their actions.

Lead author Katrina L McDonough, a Ph.D. candidate at the University, said: “The misjudgements we found were not large. People did not see a completely different movement than was really there, but even the subtle changes we measured could have large impacts in everyday life. If we see a person behaving ambiguously, for example, such small changes may be enough to make us interpret the behaviour differently or cause us to miss the true intention behind it.”