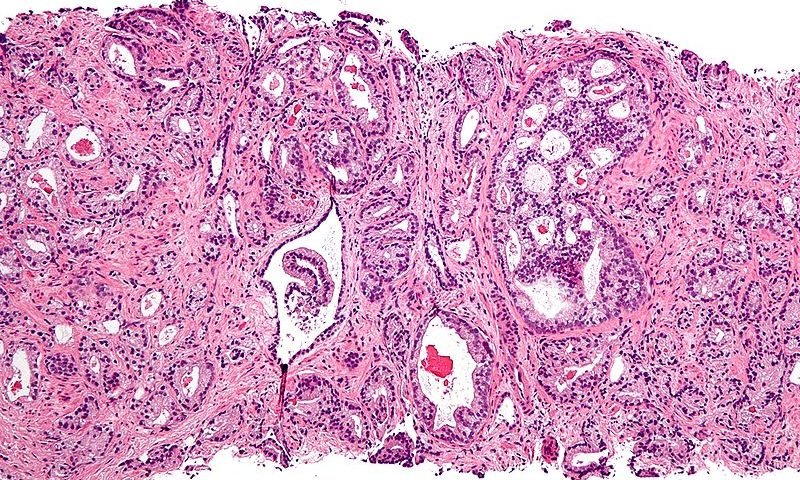 More than four in five men (81 percent) with prostate cancer struggle with poor sexual function following treatment for the disease, but over half (56 percent) fail to receive support, according to new research.

The Lancet Oncology research, co-led by the University of Leeds, revealed that sexual problems were common in men diagnosed with prostate cancer regardless of the stage of their disease, their treatment, or their age.

Erectile dysfunction is a known side effect of prostate cancer treatment.

Following these findings, Prostate Cancer UK and the Movember Foundation which both funded the research, have issued concerns that too many men are left with inadequate support to deal with the impact of treatments.

The charities are calling on men to have the confidence to speak out about their side effects without embarrassment, and for healthcare professionals to proactively discuss sexual problems post-treatment and signpost them to the appropriate support they need.

The study, called “Life After Prostate Cancer Diagnosis,” is the country’s largest ever patient-reported outcomes study for the disease. It involved over 30,000 men across the UK and brought together researchers from the University of Leeds, Queen’s University Belfast, University of Southampton, Oxford Brookes University and Public Health England.

Men were asked about their quality of life and experiences of living with prostate cancer 18-42 months following their diagnosis, from the side effects of treatment to the psychological impact of living with the disease.

Key findings from the report include:

Heather Blake, Director of Support and Influencing from Prostate Cancer UK said: “For some men, it can be months before any erection problems are experienced following their treatment, especially if they’ve received radiotherapy. By this stage follow up appointments may have reduced, with far fewer opportunities to raise any late side effect issues.

“As a result, too many men are being abandoned without any support for sexual problems – with older men in particular missing out.

“These results not only highlight the importance for all men to speak out honestly about their side effects, it’s equally important for all healthcare professionals treating men for prostate cancer to incorporate support for erection problems within post-treatment follow-up plans.”

Joint senior author Professor Adam Glaser, from the University of Leeds, said: “Men living with and beyond a diagnosis of prostate cancer across the UK have been found to be incredibly resilient in our follow-ups a couple of years after diagnosis.

“In general they report very good health related quality of life, with one quarter of those with advanced disease also reporting similar overall health status as would be expected of others their age without advanced cancer. However, this could potentially be improved further if sexual problems and dysfunction could be either prevented or proactively dealt with.”

Hugh Butcher, Chair of the project’s User Advisory Group said: “Far too many men like me who benefit from medical procedures and treatments for prostate cancer nevertheless suffer from significant ‘late effects’ from their experience over months and years. Erectile dysfunction is a serious issue for many of these men, which too often leads to distressing relationship difficulties, stress, or even depression.

“Despite this, more than half of these men fail to receive professional support for such late effects, and I know from speaking to them that this can have a huge impact on their quality of life.

“That’s why it’s so crucial that continuing advances in prostate cancer treatment are urgently matched by professionally led advances in post-treatment support services.”

In a bid to tackle the problem, the Movember Foundation is funding an online self-management programme for people living with prostate cancer, through the global TrueNTH initiative, which is available now online. It will provide personalised self-management strategies to help improve sexual wellbeing after prostate cancer.

Owen Sharp, CEO of the Movember Foundation, said: “Sexual dysfunction can have a huge impact on quality of life following a cancer diagnosis.