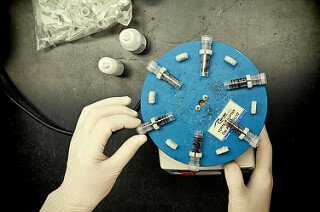 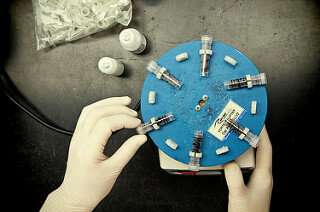 Where a cancer first grows in the body plays a huge part in choosing how to treat it. But for two in every 100 cancers diagnosed in the UK each year, doctors can’t find that original tumour.

These rare cases are called carcinoma of unknown primary (CUP). And they pose a huge challenge when it comes to selecting treatment.

The first signs of cancer that lead to a diagnosis of CUP usually come from where the disease has spread to. As a result, over half of CUP cases are diagnosed at an advanced stage in A&E. And so, despite how rare these cases are, the disease sits as the 5th most common cause of cancer death in the UK.

“CUP patients don’t develop symptoms until the cancer has already spread,” explains Dr. Natalie Cook, a cancer specialist at the Christie Hospital in Manchester and clinical lead for the Manchester Experimental Cancer Medicine Centre. “Quite a lot of patients are actually very poorly by the time they come to us.”

In a new review article, published in the British Journal of Cancer, Cook and colleagues lay out the challenges of treating CUP without knowing which tissue it started in. And they explore the new ways in which research could help understand CUP better and potentially guide treatment in the future.

Although CUP mostly affects older people, Beth Titterton was diagnosed at just 22 and recalls the difficulty of dealing with the uncertain diagnosis. “You’re already quite anxious, angry, upset – all those feelings you get with a cancer diagnosis anyway – but then when you can’t treat it because you don’t know where it is, it’s a lot more frustrating,” she says.

Dr. John Symons, director of the CUP Foundation, says he sees a similar trend of disorientation in the thousand or so visitors that access the foundation’s website each month, with the most visited section being on diagnosis and its implications.

“Patients and their families often want more knowledge and understanding than they get from the rather frightening initial diagnosis,” he says.

CUP experts think it’s possible that some of the elusive original cancers may be undetectable because they stay small or have shrunk, so patientsare also faced with the risk that the primary tumour might still grow and reappear, as well as spreading to other parts of the body.

“If you’ve already dealt with one diagnosis, in my case brain cancer, you already start wondering: ‘Am I going to deal with a liver one, or a kidney one, or something else in the future?'” says Beth.

Guidelines for cancer treatment rely on knowing where the original, or primary, cancer comes from, and often what that tumour looks like under a microscope. “A lot of cancers have good amounts of tissue to work with, either from biopsies or when a patient has had surgery,” says Cook.

These samples can be used for different diagnostic tests, she adds. And it’s the results of these tests that usually guide treatment. But the material available to doctors following a CUP diagnosis is limited. “The problem with CUP is that we only have small biopsies from the potential sites where the cancer has spread to, which can be quite difficult,” says Cook.

Tissue samples also help scientists study cancer, piecing together how a disease works to find ways to stop it. But again, with samples in short supply, research into CUP is a challenge.

Together, this means CUP isn’t well understood, and treatments are limited.

“Chemotherapy is usually the only treatment option and once people have relapsed on chemotherapy there really is no standard option,” says Cook. This is why collecting more information on these cancers is crucial.

Finding clues in the blood

Developing better ways to diagnose these cancers and understand their behaviour is the first step towards improving the options for CUP patients. This starts with making the most of the limited amount of tissue available.

When CUP has been diagnosed after an initial biopsy, collecting more tissue for further investigation can also be very invasive. “You can’t really ask a patient for multiple biopsies,” says Symons.

Instead, Symons thinks the future lies in capturing tumour cells or cancer DNA that’s shed into the patient’s bloodstream. This precious material floating in the blood could hold the tumour’s genetic information, potentially helping decode which organ or tissue the cancer started in. And researchers believe these blood tests, or ‘liquid biopsies’, might even help to predict how well the tumour will respond to treatment.

An increasing number of research studies are using these blood tests in other cancers, but they have seldom been applied to CUP.

“Liquid biopsies are a way of getting more information about a patient’s tumour without having to do an invasive biopsy,” says Cook. “As it’s just a blood test, you could also take samples throughout treatment to monitor patients”.

Although promising, liquid biopsies are a long way from routine use in CUP. And in the meantime, without a diagnosis that definitively says where in the body the cancer originated, CUP patients are likely missing out on treatments that might help them.

“If we think the primary could have been in the lung but we can’t detect it, we know some lung cancer patients do better with immunotherapy. However, our CUP patients don’t get access to these treatments,” explains Cook.

In England, treatments are approved for use on the NHS in a particular cancer type when clinical trials have shown they are effective for that specific primary cancer, and if the treatment is deemed value for money. So for CUP, which gathers cancers of several origins under the umbrella ‘unknown’, it’s complicated to find treatments that are effective across the board.

To move away from one-size-fits-all treatment, doctors need a better classification of the disease, which might identify groups whose cancers may respond to specific treatments, like in Cook’s hypothetical immunotherapy example above. Researchers are now using these experimental blood tests to build a clearer picture of the molecular profiles of CUP.

Liquid biopsy expert Professor Caroline Dive, from the Cancer Research UK Manchester Institute, is working alongside Cook and her team to develop liquid biopsies and profile the genetic makeup of CUP patients’ tumours with the support of Biomedical Research Centre funding.

“In Manchester, we are profiling a lot of patients as part of one of our academic trials called TARGET,” Cook says. “We are taking blood tests from patients, analysing the DNA in the blood and looking at whether there are any molecular changes in that DNA related to the cancer. We can then see whether there is an existing drug we have access to that targets that molecular change.”

On a larger scale, a worldwide trial funded by the pharmaceutical company Roche is giving CUP patients access to a range of existing drugs based on the genetic makeup of their tumours. Depending on the results, which aren’t expected until the trial finishes in 2022, this could start to make a case for more personalised treatment for CUP.

Access to drugs is slowly growing, initially within the boundaries of clinical trials, since there is still a lack of available treatments matched to patient’s molecular profiles.

“We can also learn from researchers in other countries,” says Symons. “There is exciting research ongoing in America and Australia particularly.”

Meanwhile, researchers like Professor Dive, Dr. Cook and their teams are doing their bit in the lab and clinic to improve our understanding of CUP. “We’re now looking at patterns in the molecular profiles that could help predict the origin of CUPs. We’re also investigating how genetic changes affect cancer behaviour and how CUP tumours interact with the immune system,” Cook explains.