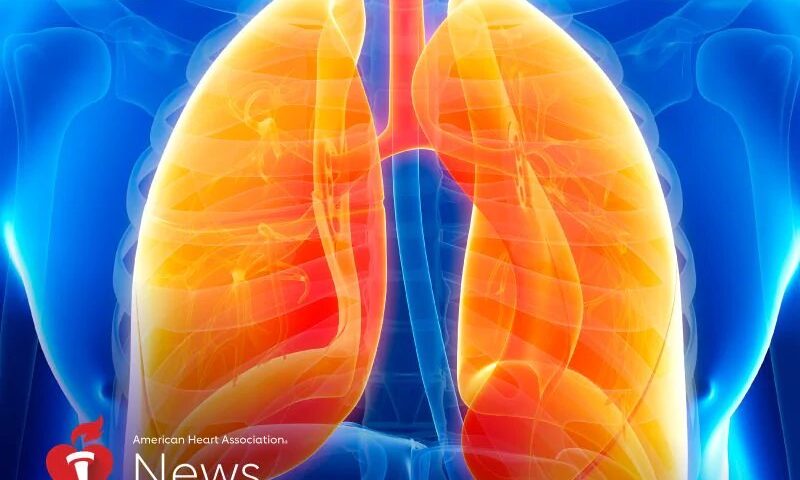 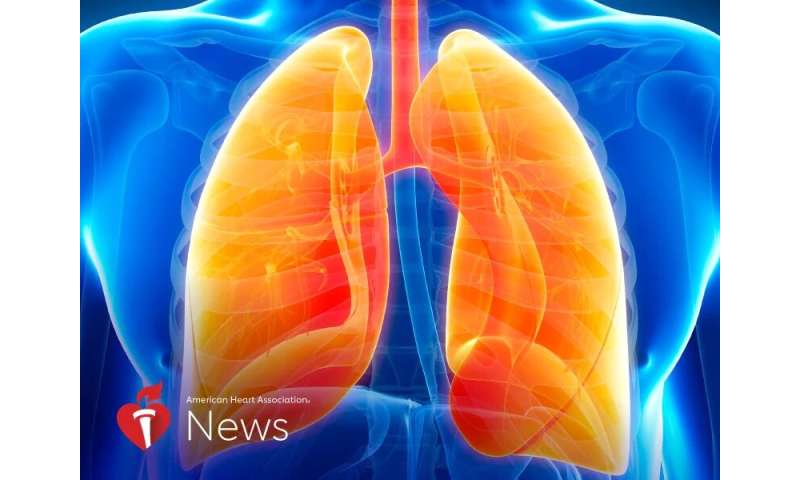 When a weakened artery wall balloons or bulges, it’s called an aneurysm. For people with emphysema, the risk of that aneurysm rupturing is much higher than for those without the lung condition, new research suggests.

While family history may play a role, how and why aneurysms develop is not well understood. The study, published Tuesday in the American Heart Association journal Stroke, found that emphysema may be a unique risk factor for aneurysm, potentially giving doctors another tool to identify people with aneurysms.

Generally, aneurysms develop slowly and don’t cause symptoms. When an aneurysm in the brain ruptures or leaks, it can cause a life-threatening type of bleeding stroke called a subarachnoid hemorrhage. Aneurysms can also develop on the wall of the aorta, the large blood vessel that supplies blood to the abdomen, pelvis and legs. A rupture there allows blood to leak out into the body.

“We could tell patients with emphysema that they are at higher risk for aneurysm formation, screen them, and work with them on modifiable risk factors like smoking and blood pressure control,” said Dr. Ali Mahta, the study’s lead author and assistant professor of neurology in the Warren Alpert Medical School of Brown University in Providence, Rhode Island.

Emphysema is a chronic lung condition where the alveoli—the tiny air sacs in the lungs where oxygen and carbon dioxide exchange takes place—are damaged and can rupture, making it hard to breath. Emphysema is considered a type of chronic obstructive pulmonary disease, along with chronic bronchitis. Smoking is a major cause of the condition.

For the new study, researchers looked at data for nearly 1.7 million Medicare beneficiaries over the age of 65 and followed them for more than four years. Of the more than 4,800 patients diagnosed with an aneurysm rupture, 433 cases occurred in those with emphysema.

After taking into account other risk factors for aneurysm, such as hypertension, diabetes, tobacco use and alcohol abuse, researchers found that people with emphysema were more than twice as likely as those without it to experience a ruptured aortic aneurysm and 50 percent more likely to have an aneurysm-caused subarachnoid hemorrhage.

“Emphysema and aneurysms is a very common association that we as surgeons have noted for years,” said Dr. Irving Kron, a cardiothoracic surgeon and interim dean of the University of Arizona’s College of Medicine-Tucson, who was not involved in the study. “This study has proven the association based on population-based research.”

While there have been prior studies, Kron said they have not been as broad or large as this new one.

The findings also suggest the two conditions may share a similar underlying pathology, accounting for their relationship, said Mahta.

Previous research suggests that too much of one kind of enzyme or not enough of certain protective proteins can lead to the destruction of the walls of the lung’s tiny air sacs.

“We see a similar mechanism in aneurysm formation,” said Mahta.

However, there are limitations to the study, researchers acknowledge. While using administrative data allows investigators to study a large group of people, these records don’t capture clinical variables, such as the severity, treatment or duration of a patient’s emphysema or aneurysm, or the context in which the diagnosis was made. The records also do not contain details on a patient’s smoking history.

“In both diseases, smoking is a contributing factor,” said Kron. “We don’t know for sure if it’s the same underlying mechanism or the fact that people smoked” that gives rise to the correlation between the two conditions.

The next step, Mahta said, is to continue to examine the relationship between emphysema and aneurysm and to investigate whether there are specific biomarkers associated with aneurysm that can provide potential targets for molecular therapy.