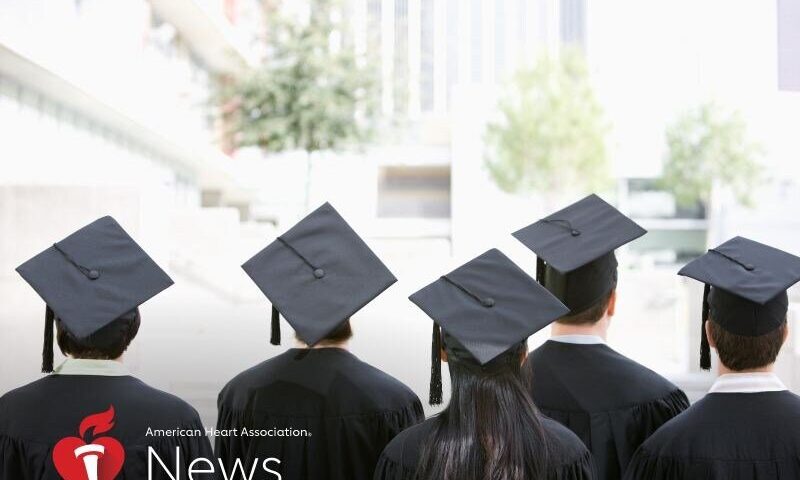 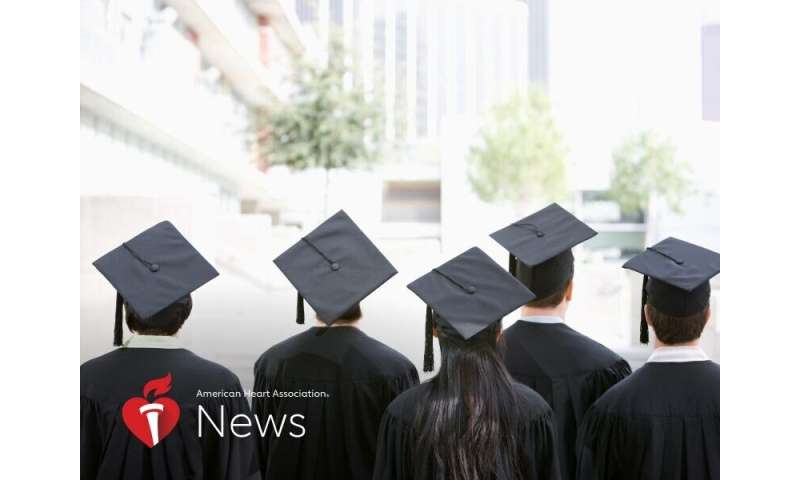 How long people stay in school may play a significant role in predicting how well those with coronary heart disease will fare, according to new research that linked lower levels of school completion with a higher risk of heart attack and death.

Education level has been known to influence people’s risk of developing cardiovascular disease. The new study examines just how much of a factor it plays among people with established coronary artery disease, which is caused by a buildup of cholesterol and fatty plaque deposits in the heart’s arteries.

Researchers looked at 6,318 older adults in three Atlanta-based hospitals who underwent a procedure to diagnose and assess problems in coronary arteries. Each person was asked about the highest level of education completed, along with other demographic details and medical history. They were then followed for four years.

Among the study’s participants, 16% had received a graduate degree, 42% finished college, 38% completed high school and 4% made it through elementary or middle school.

Researchers found that compared to people with graduate degrees, those with lower educational attainment appeared to have a higher risk of heart attack, dying from a cardiovascular event, and overall death.

The higher risk remained even after adjusting for traditional cardiovascular risk factors like diabetes, high blood pressure and tobacco use, and other demographic characteristics including sex and income level.

“We adjusted for everything that would be a risk determinant, and despite all that, just the educational level was an independent predictor of outcome,” said the study’s senior author, Dr. Arshed Quyyumi, a cardiology professor at Emory University School of Medicine in Atlanta.

“What’s striking is how important the role of education is,” he said. “Most of us practitioners, we don’t ask patients for their educational level when we’re seeing them – and we don’t take any added precautions when you find that somebody may not be as well educated as another person.”

The findings were presented Tuesday at the European Society of Cardiology Congress in Paris and published in the Journal of the American Heart Association.

Quyyumi said the results show a need for increased awareness among physicians to be more vigilant about following through with heart patients to make sure they’re taking medicine and making recommended lifestyle changes to lower risk. It also demonstrates the link between a person’s health and social determinants, factors that influence where and how people live, learn, work and play.

Social determinants of health represent “a phenomenon outside of biology and genetics, outside of traditional risk factors,” said Dr. Clyde Yancy, professor and cardiology chief at Northwestern University Feinberg School of Medicine in Chicago.

“When you deconstruct the social determinants of health, one of the most important variables is education – along with income, housing density, violence and stress,” said Yancy, who was not involved in the study but co-authored a report from the American Heart Association about the influence of social factors on cardiovascular disease.

The study demonstrates a need for doctors to “listen more,” Yancy said.