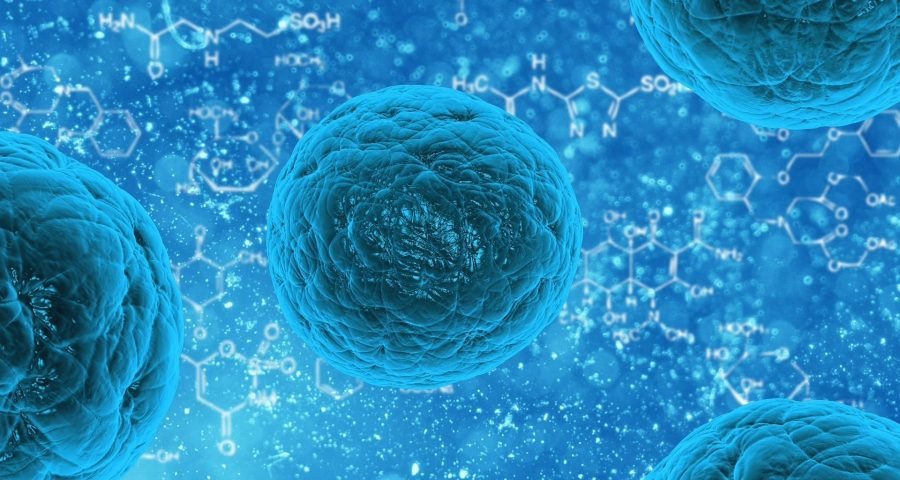 UC San Francisco scientists have used the CRISPR-Cas9 gene-editing system to create the first pluripotent stem cells that are functionally “invisible” to the immune system, a feat of biological engineering that, in laboratory studies, prevented rejection of stem cell transplants. Because these “universal” stem cells can be manufactured more efficiently than stem cells tailor-made for each patient—the individualized approach that dominated earlier efforts—they bring the promise of regenerative medicine a step closer to reality.

“Scientists often tout the therapeutic potential of pluripotent stem cells, which can mature into any adult tissue, but the immune system has been a major impediment to safe and effective stem cell therapies,” said Tobias Deuse, MD, the Julien I.E. Hoffman, MD, Endowed Chair in Cardiac Surgery at UCSF and lead author of the new study, published Feb. 18 in the journal Nature Biotechnology.

The immune system is unforgiving. It’s programmed to eradicate anything it perceives as alien, which protects the body against infectious agents and other invaders that could wreak havoc if given free rein. But this also means that transplanted organs, tissues or cells are seen as a potentially dangerous foreign incursion, which invariably provokes a vigorous immune response leading to transplant rejection. When this occurs, donor and recipient are said to be—in medical parlance—”histocompatibility mismatched.”

“We can administer drugs that suppress immune activity and make rejection less likely. Unfortunately, these immunosuppressants leave patients more susceptible to infection and cancer,” explained Professor of Surgery Sonja Schrepfer, MD, Ph.D., the study’s senior author and director of the UCSF Transplant and Stem Cell Immunobiology (TSI) Lab at the time of the study.

In the realm of stem cell transplants, scientists once thought the rejection problem was solved by induced pluripotent stem cells (iPSCs), which are created from fully-mature cells—like skin or fat cells—that are reprogrammed in ways that allow them to develop into any of the myriad cells that comprise the body’s tissues and organs. If cells derived from iPSCs were transplanted into the same patient who donated the original cells, the thinking went, the body would see the transplanted cells as “self,” and would not mount an immune attack.

But in practice, clinical use of iPSCs has proven difficult. For reasons not yet understood, many patients’ cells prove unreceptive to reprogramming. Plus, it’s expensive and time-consuming to produce iPSCs for every patient who would benefit from stem cell therapy.

“There are many issues with iPSC technology, but the biggest hurdles are quality control and reproducibility. We don’t know what makes some cells amenable to reprogramming, but most scientists agree it can’t yet be reliably done,” Deuse said. “Most approaches to individualized iPSC therapies have been abandoned because of this.”

Deuse and Schrepfer wondered whether it might be possible to sidestep these challenges by creating “universal” iPSCs that could be used in any patient who needed them. In their new paper, they describe how after the activity of just three genes was altered, iPSCs were able to avoid rejection after being transplanted into histocompatibility-mismatched recipients with fully functional immune systems.

“This is the first time anyone has engineered cells that can be universally transplanted and can survive in immunocompetent recipients without eliciting an immune response,” Deuse said.

The researchers first used CRISPR to delete two genes that are essential for the proper functioning of a family of proteins known as major histocompatibility complex (MHC) class I and II. MHC proteins sit on the surface of almost all cells and display molecular signals that help the immune system distinguish an interloper from a native. Cells that are missing MHC genes don’t present these signals, so they don’t register as foreign. However, cells that are missing MHC proteins become targets of immune cells known as natural killer (NK) cells.

Working with Professor Lewis Lanier, Ph.D.—study co-author, chair of UCSF’s Department of Microbiology and Immunology, and an expert in the signals that activate and inhibit NK cell activity—Schrepfer’s team found that CD47, a cell surface protein that acts as a “do not eat me” signal against immune cells called macrophages, also has a strong inhibitory effect on NK cells.

Believing that CD47 might hold the key to completely shutting down rejection, the researchers loaded the CD47 gene into a virus, which delivered extra copies of the gene into mouse and human stem cells in which the MHC proteins had been knocked out.

CD47 indeed proved to be the missing piece of the puzzle. When the researchers transplanted their triple-engineered mouse stem cells into mismatched mice with normal immune systems, they observed no rejection. They then transplanted similarly engineered human stem cells into so-called humanized mice—mice whose immune systems have been replaced with components of the human immune system to mimic human immunity—and once again observed no rejection.

Additionally, the researchers derived various types of human heart cells from these triple-engineered stem cells, which they again transplanted into humanized mice. The stem cell-derived cardiac cells were able to achieve long-term survival and even began forming rudimentary blood vessels and heart muscle, raising the possibility that triple-engineered stem cells may one day be used to repair failing hearts.