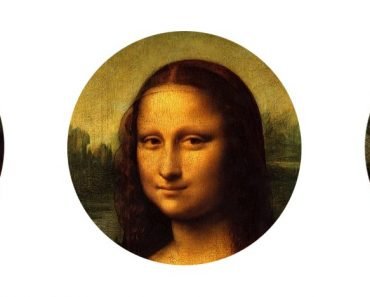 Every time we look at a face, we take in a flood of information effortlessly: age, gender, race, expression, the direction of our subject’s gaze, perhaps even their mood. Faces draw us in and help us navigate relationships and the world around us.

How the brain does this is a mystery. Understanding how facial recognition works has great value—perhaps particularly for those whose brains process information in ways that make eye contact challenging, including people with autism. Helping people tap into this flow of social cues could be transformational.

A new study of facial “fixation” led by Nicolas Davidenko, an assistant professor of psychology at the University of California, Santa Cruz, boosts our insights considerably.

“Looking at the eyes allows you to gather much more information,” said Davidenko. “It’s a real advantage.”

By contrast, the inability to make eye contact has causal effects. “It impairs your facial processing abilities and puts you at a real social disadvantage,” he said. People who are reluctant to make eye contact may also be misperceived as disinterested, distracted, or aloof, he noted.

Scientists have known for decades that when we look at a face, we tend to focus on the left side of the face we’re viewing, from the viewer’s perspective. Called the “left-gaze bias,” this phenomenon is thought to be rooted in the brain, the right hemisphere of which dominates the face-processing task.

Researchers also know that we have a terrible time “reading” a face that’s upside down. It’s as if our neural circuits become scrambled, and we are challenged to grasp the most basic information. Much less is known about the middle ground, how we take in faces that are rotated or slightly tilted¬.

“We take in faces holistically, all at once—not feature by feature,” said Davidenko. “But no one had studied where we look on rotated faces.”

Davidenko used eye-tracking technology to get the answers, and what he found surprised him: The left-gaze bias completely vanished and an “upper eye bias” emerged, even with a tilt as minor as 11 degrees off center.

“People tend to look first at whichever eye is higher,” he said. “A slight tilt kills the left-gaze bias that has been known for so long. That’s what’s so interesting. I was surprised how strong it was.”

Perhaps more importantly for people with autism, Davidenko found that the tilt leads people to look more at the eyes, perhaps because it makes them more approachable and less threatening. “Across species, direct eye contact can be threatening,” he said. “When the head is tilted, we look at the upper eye more than either or both eyes when the head is upright. I think this finding could be used therapeutically.”

Davidenko is eager to explore two aspects of these findings: whether people with autism are more comfortable engaging with images of rotated faces, and whether tilts help facilitate comprehension during conversation.

The findings may also be of value for people with amblyopia, or “lazy eye,” which can be disconcerting to others. “In conversation, they may want to tilt their head so their dominant eye is up,” he said. “That taps into our natural tendency to fix our gaze on that eye.”

The effect is strongest when the rotation is 45 degrees. The upper-eye bias is much weaker at a 90-degree rotation. “Ninety degrees is too weird,” said Davidenko. “People don’t know where to look, and it changes their behavior totally.”