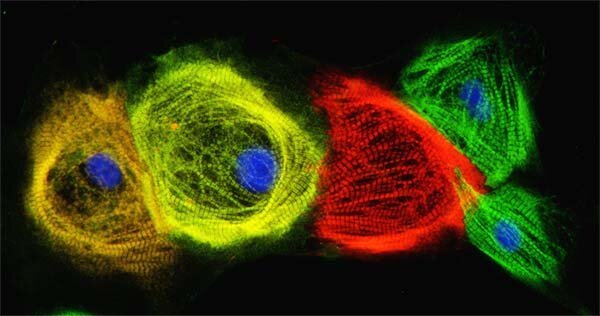 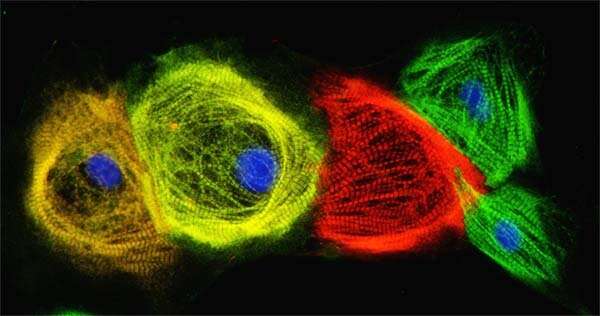 These days, scientists can collect a few skin or blood cells, wipe out their identities, and reprogram them to become virtually any other kind of cell in the human body, from neurons to heart cells.

The journey from skin cell to another type of functional cell involves converting them into induced pluripotent stem cells (iPSCs), which are similar to the developmentally immature stem cells found in embryos, and then coaxing them to mature into something different.

But the process runs on an invisible clock, one in which scientists are interested in speeding up so adult-like cells are available when needed, whether for testing drugs for precision medicine, transplanting to repair injury or defect, or better understanding basic biology. It involves an FDA-approved compound called polyinosine-polycytidylic acid, or pIC, a double-stranded RNA molecule that activates a cell’s innate defense system. The compound is commonly used to boost vaccines and chemotherapy. The researchers found that when added to induced pluripotent stem cells undergoing the process of transitioning into cardiac muscle cells, pIC accelerated cellular maturation.

“We make beating heart muscle cells out of human iPSCs because we are interested in understanding and treating cardiac diseases,” says lead author and University of Wisconsin–Madison MD-Ph.D. student, Mitch Biermann. “It’s important that the cells we make in a dish are as close to adult heart muscle function as we can make them.”

This is because, study leader Tim Kamp says, immature cardiac cells don’t contract as strongly as adult cardiac cells, and the electrical properties that sets their beat is different. Their metabolic characteristics are a bit different, too.

“If you want to know how drugs, such as beta blockers, work in the adult heart, it’s better to test those in more mature, human iPSC-derived cardiomyocytes (cardiac muscle cells),” says Kamp, director of the University of Wisconsin–Madison Stem Cell and Regenerative Medicine and a professor of medicine in the School of Medicine and Public Health.

Other researchers have made progress utilizing a variety of ways to speed up the process, including electrical stimulation, changes to the metabolic environment of the cells, and even forcing the cells into the rod-like shapes more characteristic of adult cells, but each method seems to fall a bit short.

Biermann chose a different tack. He noticed that cardiac cells derived from iPSCs mature at different rates in a dish. Other researchers found that cardiomyocytes in the heart and in blood vessels of rats matured according to the same clock, despite being distant from each other in the body.

“Maturation isn’t only controlled by what’s going on in the environment of the heart,” Biermann says. “Because of that and because maturation in a dish seems random, we started thinking about epigenetics.”

In other words, Biermann thought maturation rates might have to do with the way timing of cellular maturation events was coordinated. He wondered whether he could essentially prime the cells at just the right time to accelerate maturation—to wind up the clock—and began looking for compounds that did so without also killing them.

That’s how he found pIC. When he added it to early cardiac precursor cells in the lab, they formed beating heart cells two days sooner than cells without pIC. After 48 hours, the cells were removed from the compound but its effects continued to linger, leading to cells that were larger in size, had better contractility, were electrically more efficient, exhibited mature metabolic characteristics and had better-developed structures when compared to cells without pIC.

When they looked closely at what was going on inside the cells exposed to the compound, they found that pIC had activated cellular programming that led to accelerated maturation. Specifically, it turned up the expression of the JAG1 gene (which triggers a signaling pathway called Notch), and led to a host of epigenetic changes.

The researchers also found that early cardiomyocytes exposed to pIC before implantation in mouse hearts matured faster than those not primed with the compound. They think pIC makes the cells more receptive to the maturation cues already present.

“There is some intrinsic clock function involved as well, which, in part, is based on epigenetic changes,” says Kamp. “It’s safe to say there is much more to learn that we don’t yet understand about cell autonomous developmental clocks.”

Developmental clocks, researchers think, dictate the amount of time it takes for a fertilized egg to develop from a single immature cell into a newborn possessing all the specialized cells of the body. Despite being composed of the same cellular stuff, a baby mouse takes 21 days to develop, a human about 280 days, and an African elephant 600 days or more.

Biermann’s finding, Kamp says, was a surprise, because no one has thought about using pIC or compounds like it for this application. It also presents an opportunity to combine with other methods for accelerating maturation, and for doing so at a larger scale since it can be easily added to and washed out of cells. But the finding is also not without caveats.

“One obvious question is whether this is cardiomyocyte specific or if it could be useful in making neurons of pancreatic islet cells (defects in which can lead to diabetes),” says Kamp.

He also points out that these accelerated cardiomyocytes are still not an exact match for adult heart muscle cells.

“We are not at the promised land yet,” he says. “We haven’t seen any aberrant effects, but we don’t know.”

Further, they don’t yet know how these cells will continue to age.